The photographic canon: Acknowledging past transgressions 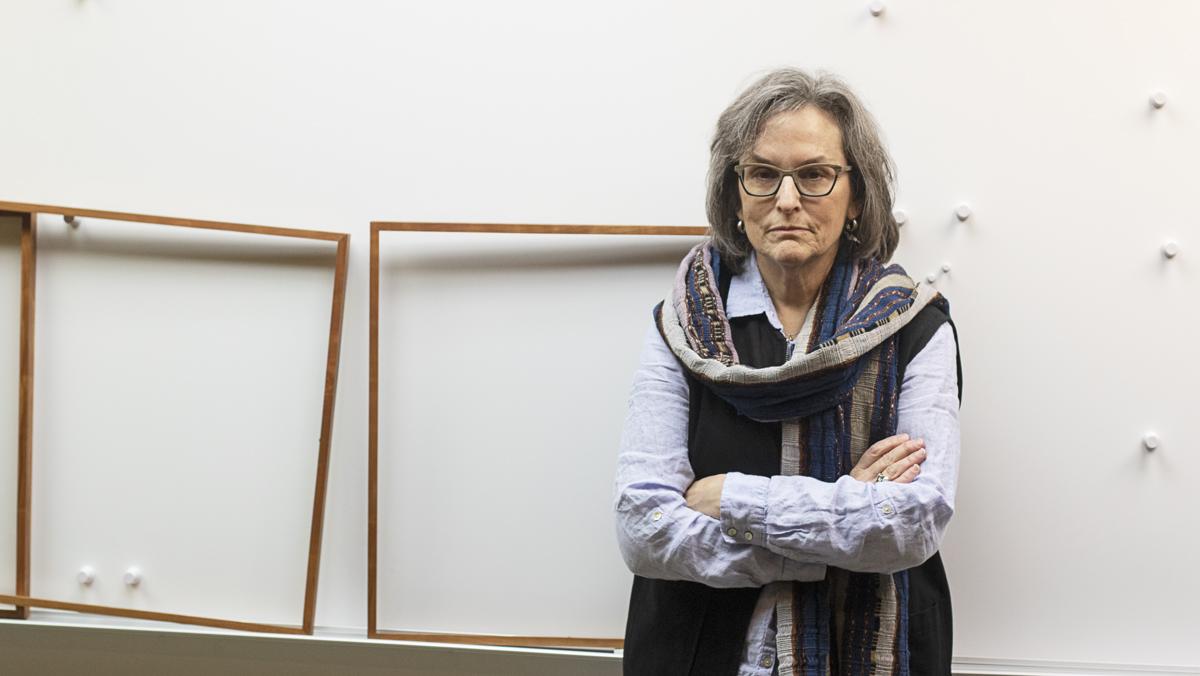 Kristen Harrison/The Ithacan
Janice Levy, professor in the Department of Media Arts, Sciences and Studies, argues that acknowledging past transgressions in the photographic canon is a tricky business vital to an academic education in photography.
By Janice Levy
Published: April 17, 2019

I have been a professor of photography in the Roy H. Park School of Communications since 1987. Ours is a program that blends the craft of photography with critical dialogue about the making and exhibiting of historical and contemporary images. Last week, a student’s brief presentation on photographer Cindy Sherman ignited an impassioned objection to Sherman’s work by a student who reported that the photographer’s use of blackface was offensive. Moreover, the student insisted, that by showing any of Sherman’s work, educators perpetuate racism and support a white, imperial version of the history of photography — a medium whose ascendancy results from the exploitation of countless under-acknowledged, marginalized peoples. The student was referring to “Bus Riders,” a recently unearthed series of images Sherman made in 1976 that appeared in 2000. The work is currently on exhibition at the Tate Modern museum in London.

Cindy Sherman has attained national and international recognition for her signature approach of applying elaborate makeup to herself and wearing embellished costumes to highlight and question social stereotypes pertaining to gender, and often ethnicity. For example, Sherman has appeared in her photographs as a Hasidic Jew, aging socialite, critically ill patient, and elderly Chinese man. “Bus Riders,” a series Sherman made at the age of 22, shortly after graduating from the visual arts department at Buffalo State College, anticipates her later work which, although more conceptually sophisticated and stylistically resolved, continues to portray and — often through grotesque exaggeration — question stereotypes.

My response to the student during the class was that it is important to understand the intent of “Bus Riders,” and to view the series within the larger context of Sherman’s work — which is to spotlight and critique pernicious cultural representations. The student, who is a person of color, did not agree. To them, the issue was beyond argument: Certain representations, regardless of motivation or context, are unacceptable.

I concur with the student that the traditional history of photography is one of exclusion and exploitation. For example, few women and even fewer persons of color are included in the canon, and representations of non-European cultures are often deeply demeaning and dismissive. However, I do not agree with the student’s characterization of Sherman’s “Bus Riders” as irredeemably racist. Its intent is quite the opposite.

Beyond that, I have particular concern over the student’s insistence during the classroom discussion that Sherman’s work not be shown in class. Even if one concedes the abhorrent nature of Sherman’s use of blackface, deleting such images from mention and analysis ultimately makes invisible the very oppressions we most urgently need to see and discuss. The purpose of a photographic education is to analyze, critique, and propose new ways of thinking about the world, even if this means inhabiting the uncomfortable territory of ugliness and contradiction that shapes and distorts the way our culture represents race and gender.

Several issues emerge: How do educators acknowledge past transgressions and address the valid concerns of students without dismissing important and influential work; how do we engage with students whose political views are so entwined with their personal identities they are reluctant to accept any solution that does not obliterate a history they feel has wronged them; and can we discuss issues of inequity and misrepresentation without stultifying thought and expression as students scramble to avoid subject matter that may be uncomfortable, confrontational, or even offensive?

My own photographic practice could be characterized as documentary. In my career, I have traveled extensively in the underdeveloped world to learn about cultures that differ widely from my own. Like many documentary photographers, most of whom engage in the exploration of self through learning about others, the act of doing my work has brought me closer to developing a vision of humanity that is more learned and inclusive. My experiences in the field inform all aspects of my photographic practice and influence my teaching in ways I cannot begin to enumerate. It concerns me deeply to witness students limiting their creative interests and explorations because they fear mischaracterization — of themselves and/or their work.

Commentary: Photography is a display of power

Walk across the Academic Quad, step up the two sets of cement stairs and “You Are Here” — at the Ithaca College faculty art show, where the display of mixed media and bright paintings, structural sculptures and large-scale photographs, represent what art at the college means. This year’s faculty art show, “You Are Here,” at…