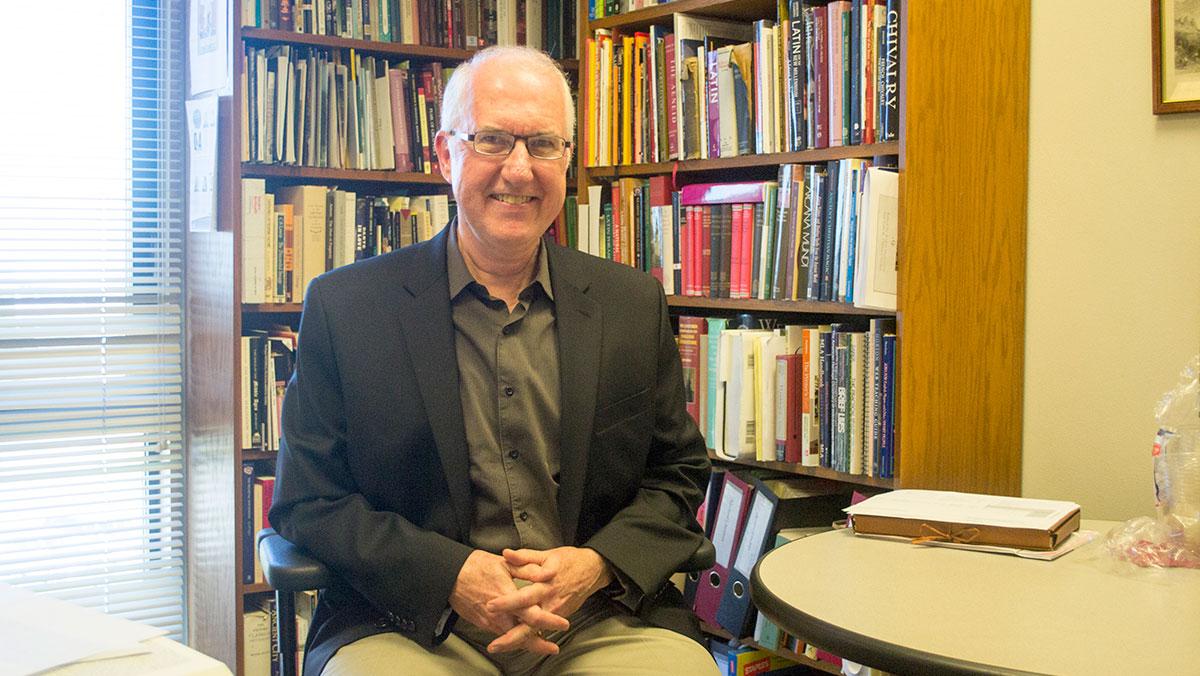 Which of these is grammatically correct?

If you picked (A), you missed the feminist movement, which opposed using “he” as a generic pronoun on the ground that it was sexist. If you picked (B), you’re more sensitive to feminist issues — but why not “her or his”? If you picked (C), you’re in a growing number of English speakers using forms of the third-person plural pronoun in a singular sense. Are “they-sayers” wrong?

In a way, yes. English has a grammatical rule called “agreement” that forbids singular entities from being treated as plurals. For example, we don’t say, “Each person have to pay taxes.”

The rule about agreement describes the way English has worked since the beginning. We know this from the earliest complete English documents, the oldest of which is actually an inscription on a small jeweled box made in about 675. Agreement is also a feature of the super-family of Indo-European languages to which English belongs. Because it is universally observed in our family of languages, agreement is a descriptive rule that has prescriptive force. “Each person has to pay their taxes” violates the rule of agreement.

We also know that in all languages there are two classes of words, called “open” and “closed.”  The open classes, which include nouns, verbs, adjectives and adverbs, change as new words enter and old words leave the language. The closed classes, which include articles, pronouns, prepositions, and conjunctions, do not change. They are “closed” because they are not admitting any new members.

Case closed, right? Singular “they” violates the rules of agreement and closed classes.

However, it turns out that the closed class of pronouns was never really closed. Several times in its history, English has in fact changed its pronouns. Old English, 500–1100 CE, used two different sets of third-person plural pronouns for masculine and feminine. By the 14th century, Londoners were using genderless “they,” “hire” and “hem.” But when King Henry IV hired secretaries from his home territory in northern England, Chancery — the government office that produces royal documents — began using these secretaries’ native forms “they,” “their” and “them” as the king’s speech. By about the middle of the 15th century, the modern third-person pronouns were established.

A more drastic change came between 1600 and 1800, when most English speakers began using the plural “you” for the singular “thou,” which acted as the subject, and “thee,” which acted as the object. Like some modern languages, from the very beginning English had used plural “you” in a singular sense in formal social contexts, and the singular “thou” in informal social contexts. Within 200 years, “you” became the norm for singular and plural, subject and object, in all contexts. Everyone but royalty — who are still politely addressed as “your grace,” “your majesty” and the like — are now simply and democratically “you.”

What seems to be happening today is the further democratization of the pronoun system. When we refer to ourselves generically, as in the examples above, we’re no longer a male “he” or a gendered “he or she,” we’re a genderless “they,” neither male nor female. What “you” once did for the second-person singular pronoun, “they” is now doing for the third-person singular pronouns when they are used generically. In fact, according to the Oxford English Dictionary, we’ve been using “they” this way since the 14th century.

However, since there are still many people who consider the “they” singular to be incorrect, we should consider the audience before “they-saying.” The best strategy is to use grammatical constructions that avoid it: “Everyone has to pay taxes.”