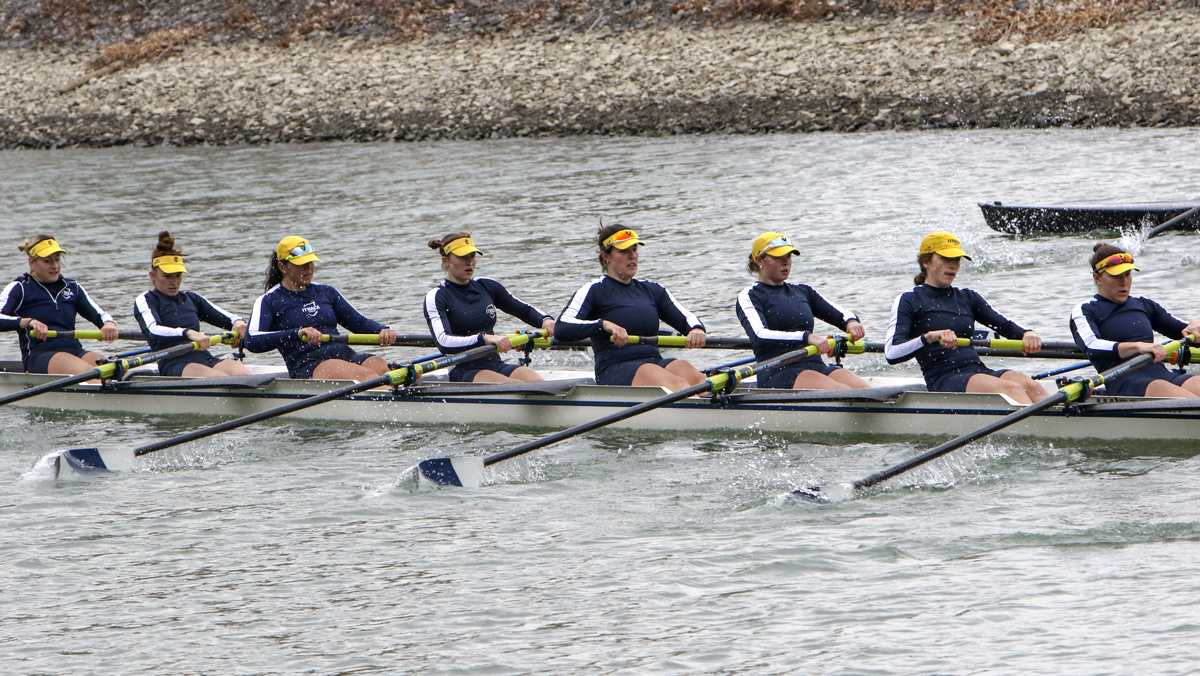 Women’s crew kicked off the 2019 season on March 30 as they competed with William Smith College, Canisius College and Johnson and Wales University at the Cayuga Duels on the Cayuga Inlet.

The third varsity went on to race in the second varsity Petite final, defeating William Smith with a time of 7:18.5. The Novice team beat Johnson and Wales with a time of  7:25.6.

The Bombers are back in action at 11 a.m. April 6 as they compete against Rochester Institute of Technology and the University of Rochester and 11 a.m. on April 7 against St. John Fisher. All events are being held at the Cayuga Inlet.

Men’s crew hopes to use experience to have successful year