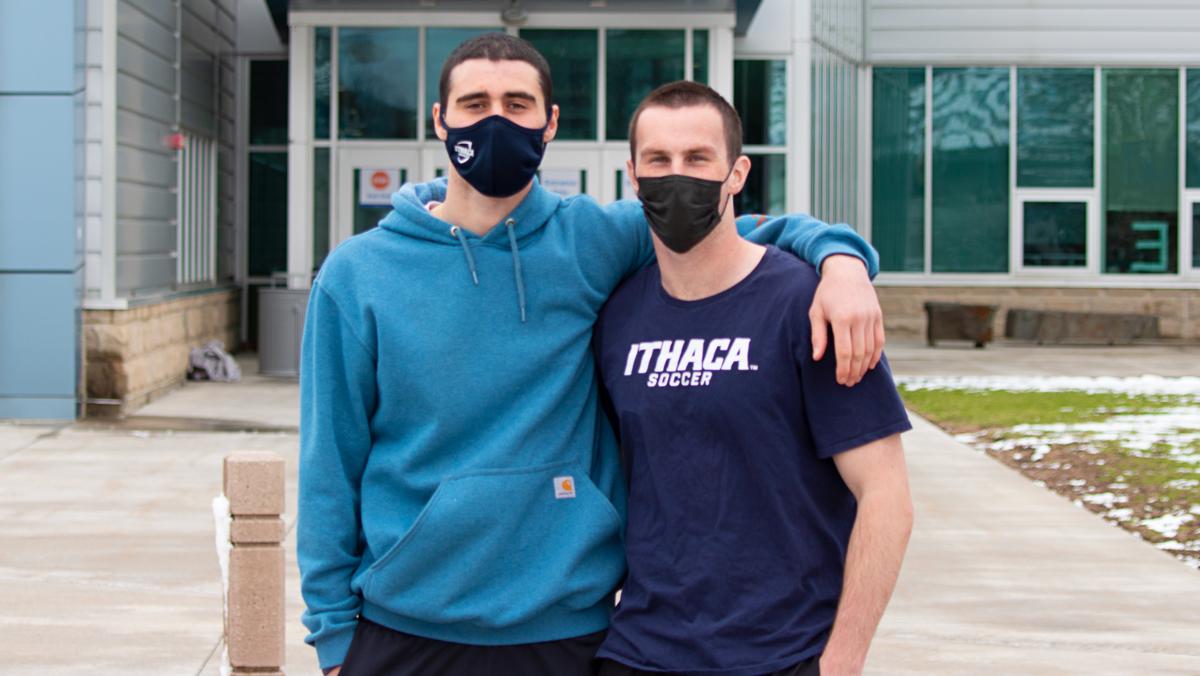 Two Ithaca College athletes raised money and shaved their heads to fund research for finding a cure to childhood cancer.

Sophomores Tyler Purdy, a men’s tennis player, and Aidan Keenan, a men’s soccer player, cut their hair together after planning it for eight months. They shaved their heads for the St. Baldrick’s Foundation to draw awareness to the cause while also raising a total of $1,700 for the charity. The St. Baldrick’s Foundation is a nonprofit organization that is committed to funding research and cures to help fight childhood cancer.

One of the ways the St. Baldrick’s Foundation contributes to this fight is through head-shaving events. At these events, people show up to get their heads shaved as well as and donate money to either a specific family fund or directly to the charity itself. Keenan and Purdy each decided to donate to the McCandless family fund, a family that Purdy knew from his hometown on Long Island.

“We personally donated to this family that’s from my hometown,” Purdy said. “I know them and it’s an example of what you can do. It’s a family that has gone through a lot and my boss actually recommended we donate to them.”

When he is not in school, Purdy works for a restaurant that donates to local charities every year called Restoration Kitchen and Cocktails, which is located on Long Island.

For Keenan, this is not the first time he has been involved in a head-shaving charity event that benefited St. Baldrick’s.

While Keenan was familiar with the process and was excited to shave his head, Purdy had to think it over after growing his hair out for two years. The two made a pact to go through with the process in July to make sure both would fully commit.

Sophomore soccer player Alex Cabeca, who is a friend of both Purdy and Keenan, shaved their heads. Cabeca said he gave his family and friends hair cuts at the start of quarantine, so he was excited to pick up where he left off.

Keenan and Purdy livestreamed the head-shaving event via Instagram. They had approximately 50 people tune in to the stream. In addition to their own contributions, their friends and family also donated to the fund. 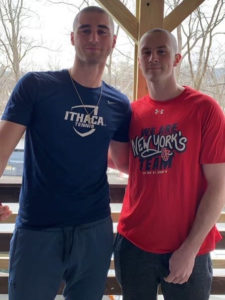 From left, Purdy and Keenan take a picture after shaving their heads and livestreaming it on Instagram. Courtesy of Aidan Keenan

Keenan and Purdy raised just under $1,200 and donated their own money to make it an even $1,200. On top of that, they also received an extra donation of $500 from Restoration Kitchen and Cocktails.

Although the two decided to shave their heads on their own, athletic teams at the college have been involved in similar causes. Some student-athletes are raising money for BomberTHON, a dance marathon that raises money for Upstate Golisano Children’s Hospital in Syracuse, New York. This year, the event will be held April 10. Over the holiday season, the Bombers were involved in supporting The Elves Program. The program, affiliated with Cornell University, helps children in need in Tompkins County and the surrounding area providing them with gifts during the holidays, backpacks in the summer and warm blankets in the fall.

Due to Keenan’s history with the organization, it ended up being an easy decision to donate to the St. Baldrick’s Foundation.

“Knowing that this goes to a good cause, … it really was a no-brainer to try this again,” Keenan said.

Cabeca said watching the duo fundraise for the organization was a special experience.

“I’m very proud of the guys,” Cabeca said. “Watching them raise so much money was so cool, and I felt really proud to call them my friends.”

In a typical year—one that is free from COVID—people would donate their shaved hair as well as money. This year, however, hair was not able to be donated, so both Keenan and Purdy just donated money to the fund.

The St. Baldrick’s Foundation is still accepting donations at https://www.stbaldricks.org.