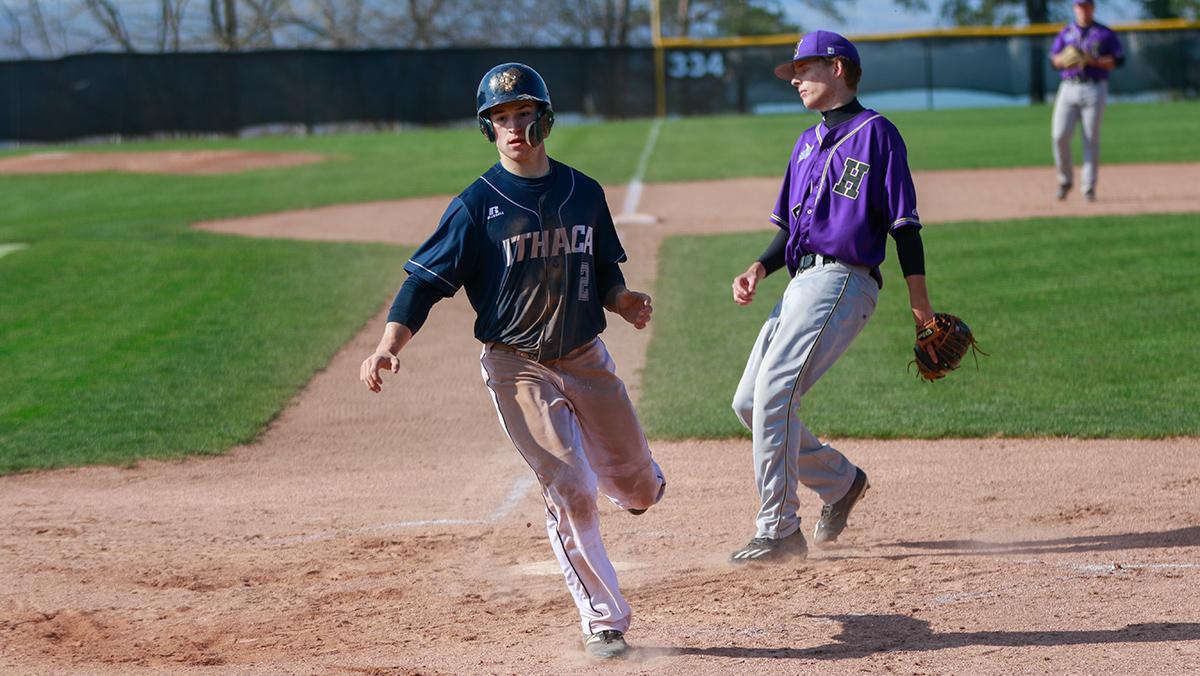 For most collegiate baseball players, when the dust settles on the diamond, it signifies the end of the day.

But for junior second baseman Jake Generali, the end of baseball means the beginning of his version of relaxation: mixing and producing music.

Generali’s interest in music was piqued in eighth grade, when his brother downloaded Apple’s Logic Pro X program, commonly referred to as Logic.

“I became really interested in trying to make music,” Generali said. “I wasn’t really good. I didn’t know the basis of sound design. I was just experimenting.”

Generali decided his best path was to be self-taught and discovered his second passion through just trying to find his rhythm.

“Through YouTube tutorials and messing around, I came to love what I was doing,” Generali said.

Trying to find his place in the world of music, Generali stumbled upon a music partner in junior Owen Barclay.

The two met freshman year on South Hill and have worked closely together since the end of their sophomore year.

The two identify themselves as “bedroom producers,” meaning they are not signed by any company or record label. Barclay said the similar styles in their work made the chemistry instantaneous.

“We both have very similar tastes in music; we both have an ear for music,” Barclay said. “I was pretty against electronic music for a while, but it was Jake who started showing me better, more complex instrumentals, which is what we do now.”

Barclay emphasized that the duo has been able to succeed and get along so well because they both bring different elements to the table when it comes to producing music.

“Jake really knows good beats and how to make stuff sound crisp, where I like organic and orchestral sounds,” Barclay said. “If we both made the same type of music, this wouldn’t work.”

The two currently go by the stage names of Gen and Clay, nicknames they received from their last names.

Generali said he isn’t seeking to push his music on anyone, saying people will listen if it sounds good. The group’s music can be found on SoundCloud and YouTube.

“I’m a personable and social guy, but for something like this, I’m not trying to be in your face about it,” Generali said. “If you like it, you’ll listen. It’s not something I have to force upon people. Just create, create, create and go from there.”

The songs the duo creates generally take around 2–3 weeks to make. Their songs are often remixes of other songs popular at the time.

“The toughest part is getting an idea and then going with it,” Generali said. “But once you’ve got it down, you can just go off that.”

Along with Logic, the duo also uses a platform called Splice.

While Logic is used for altering, mixing and layering sounds in a sequence, Splice allows for the artists to choose certain sounds that they believe will enhance their music.

Along with artists such as San Holo and Pluto, Generali also mentioned Joel Almand ’17, who is living in Los Angeles, as a musical inspiration.

“[Joel] was a film guy, was big into DJing and making music, and that turned into a career,” he said. “As long as I keep doing what I’m doing, hopefully something will catch on.”

Generali has had to learn how to balance time spent mixing with being a member of Ithaca College’s baseball team. In 13 games this season, Generali is batting .341 with nine RBIs and two stolen bases.

His days consist of a good breakfast, a full day of classes, homework and then baseball practice. Free time is music time.

“Any free time is usually spent making or searching for music,” he said. “If you really like something, then you’ll find the time to do it.”

The commitment to something outside of his sport has been met with support from his teammates.

Even when the bat isn’t swinging or the music isn’t flowing the way he wants, Generali always has a positive outlook.

“There are some times where you’re really motivated and you hit that block and you’re like, ‘Man, this really isn’t going anywhere,’” he said. “It’s tough, but my passion has never really left. I want to make this into a career. I love making music, and that’s never going to go away.”

The original version of this story can be found at Cal Dymowski’s website.