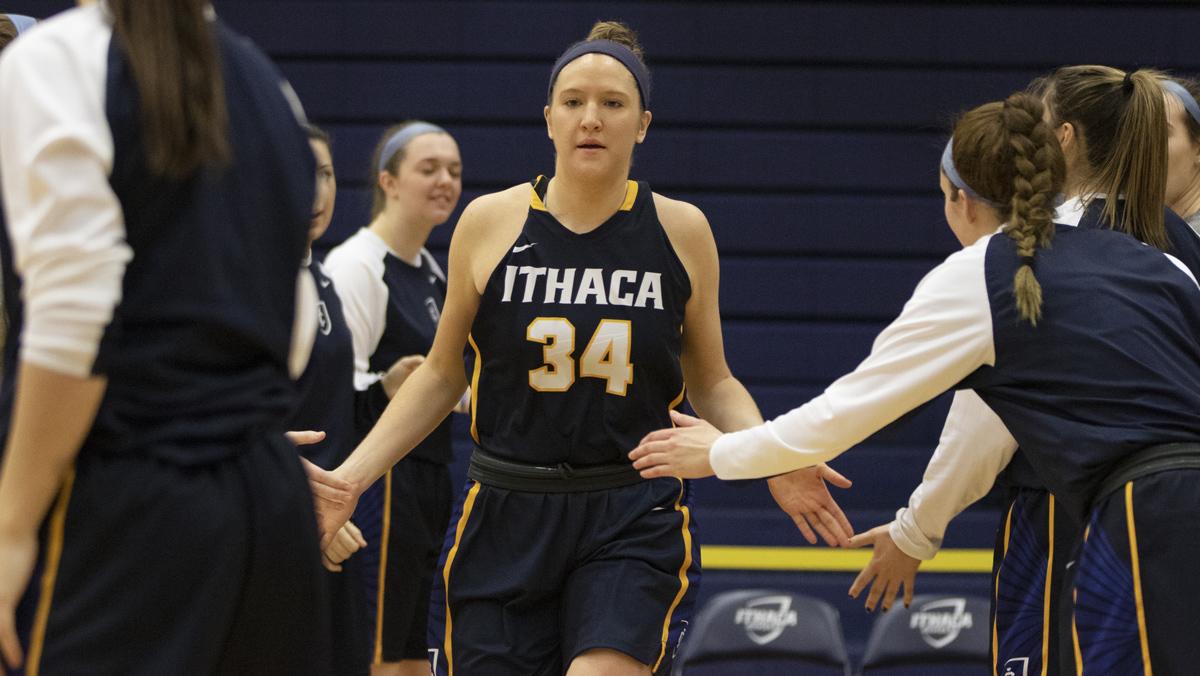 Junior Cassidy O’Malley is known for her dominance on the basketball court, but during summer 2018, she demonstrated her strengths off the court through an internship opportunity in Dublin, Ireland.

O’Malley, an integrated marketing communications major in the Roy H. Park School of Communications, said she has always been interested in the business side of the communications world. O’Malley said that because basketball is a winter sport, it takes up part of both the fall and spring semesters, so she doesn’t have the chance to study abroad. This made the chance to intern in Ireland during the summer an even more important opportunity.

“I really wanted to go abroad,” O’Malley said.  “It’s always been something I wanted to do. So, I went to the study abroad office and saw this program because it was also a chance to build my resume in the summer.”

She worked for Unique Communications, which is a digital marketing agency in Dublin, and she was also able to study at the International School of Business in Dublin as a part of her major for four weeks. The agency is responsible for helping local businesses with their websites, packaging and anything else branding–related.

O’Malley’s average day would begin with class in the morning followed by work at her internship for approximately four hours a day. While at work, she would email clients, sit in on meetings and manage social media for the company. She said there was a lot to learn, especially through participating with hands–on activities.

“I think I gained a better knowledge of working at a marketing agency,” O’Malley said. “And how things are run on a day-to-day basis.”

Being able to take on the internship came with a price: being away from basketball. She said she missed being able to play the game she loved, but it was important to her to take the time to focus on her academic interests.

In Ireland, basketball is considered a minor sport because it doesn’t attract as much interest as rugby, soccer and boxing. As a result, O’Malley said that finding a place to play was difficult.

“I didn’t pick up a ball once — there were no courts there,” O’Malley said. “But I did have a gym membership, so I was able to keep up with my training and weight lifting while I was there.”

Even though O’Malley was away from basketball for eight weeks during a time that is usually designated for training, she said she was not affected by the time off when she came back to practice. Head coach Dan Raymond was well aware of his player’s missed time over the summer, but he said he was not worried about that affecting her production as a top point-earner on the team.

“When she got back, that is when she did the bulk of her working out,” Raymond said. “And the thing about Cassidy, you never have to worry about her with conditioning and stuff like that. She is very aware of maintaining her level of fitness.”

Senior guard Allie Tunick said that O’Malley gives the team her all every day in practice, and consistently pushes her teammates to be better.

“Cassidy brings an intensity and competitive nature to the team,” Tunick said. “She comes to practices, games and all other team activities with the mindset to get better. This sets a tone and high standard amongst team members, pushing us to get better each and every day.”

Tunick said that she has seen a positive change in O’Malley since she returned from the internship and believes the experience helped her personal growth and maturity.

“Since coming back from Ireland, I think Cassidy has gained a lot of life knowledge,” Tunick said. “She has always been an independent individual with an in-depth understanding of other people, but I believe her experiences abroad without being surrounded by friends or family helped her to mature and perfect her social and people awareness skills.”

The internship opportunity allowed O’Malley to fulfill her academic goals, but she said she also made some friendships that will last a lifetime.

“Getting to know everyone was awesome,” O’Malley said. “We are all still really good friends. We would travel on the weekend and get Airbnb’s in different parts of Ireland. It was awesome.”

Former Bomber returns to the sidelines as assistant coach