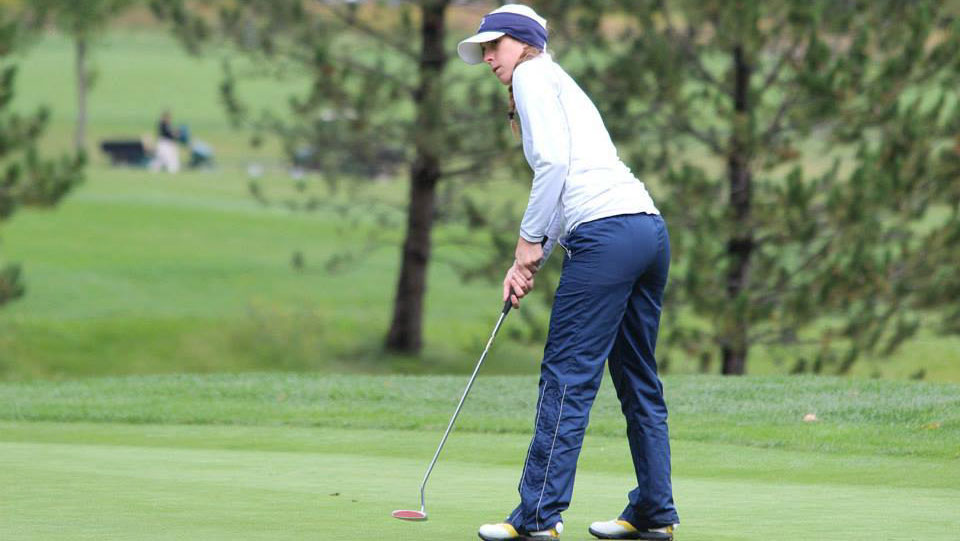 PHOTO COURTESY OF INDIANA JONES
Junior Indiana Jones tees off at the Ravenwood Country Club in Victor, New York. She began golf at the age of 13.
By Caitie Ihrig — Staff Wrier
Published: August 23, 2016

At the age of 13, junior Indiana Jones was racing down the slopes of a mountain in Utah when she clipped a gate. She suffered tears in her medial collateral ligament and meniscus, and blood flow issues prevented blood from getting to the lower part of her right leg.

When the injury first happened, she was upset because she knew it would be a long road to recovery and she would not be able to ski until she was back at full strength. Jones instead sought out a sport that required no running and minimal pressure on her battered knee. The solution: golf.

Jones picked up a club for the first time the summer before beginning her sophomore year of high school, and three months later, she was playing competitively. 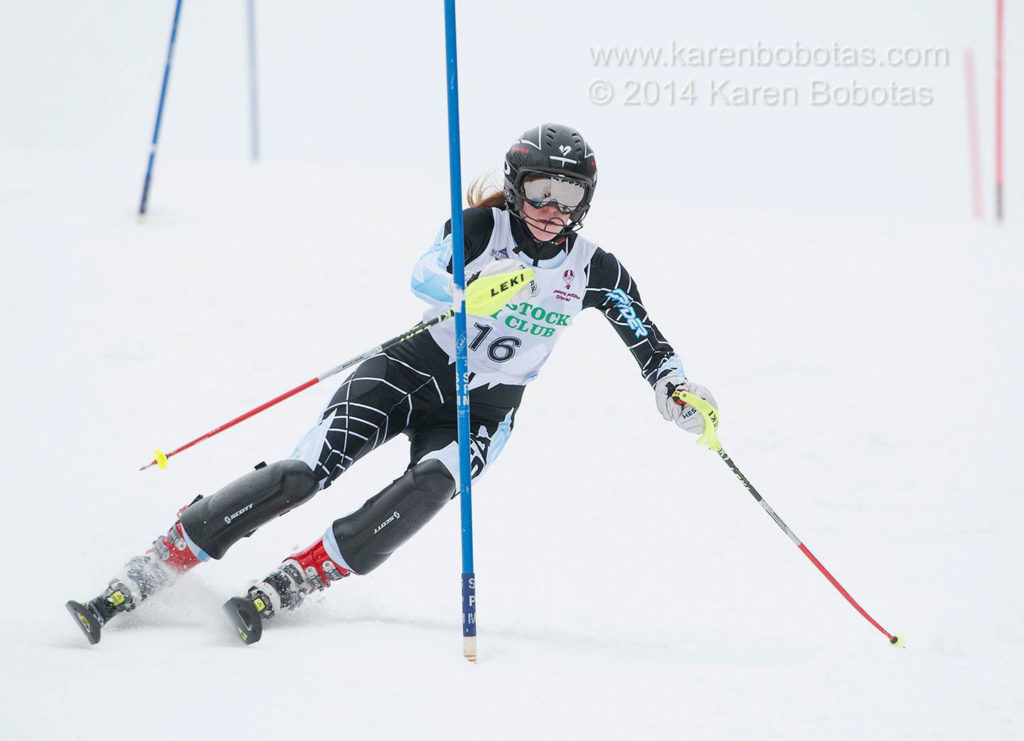 Though Jones excelled at golf from the beginning, giving up skiing for good never crossed her mind. Since the age of 2, she had been hitting the slopes, but she didn’t start to race until she was six years old.

Six months after the injury, Jones was able to ski again. Jones said that, because of her passion for both sports, when looking for colleges, she looked for a school that would allow her to do both.

“When looking for schools to go to, my first question I always asked the golf coach, because I knew I was going to go to school for golf, was if they would let me be on the ski team,” Jones said. “If the coach said, ‘No you can’t ski,’ I wasn’t going to choose that school. Ithaca gave me an opportunity to do both, and I am so grateful because I love the school and I love these sports so much.”

Since the two sports take place in different seasons — the golf team plays primarily in the fall with a few tournaments in the spring, while the ski team’s main season is winter — Jones is able to put all of her concentration into the sport that is in season.

However, practice can overlap at times, as the golf team has some workouts during the winter. Since the ski team practices during the afternoon and the golf team’s workouts are around the same time, Jones said she can do her golf workout earlier in the day and then head to ski practice.

Head golf coach Molly Braid said Jones is able to the play both sports so well because she takes aspects of one sport and puts them to test during practice and competition in the other.

“Without a lot of prior golf experience, she draws from her expertise in skiing to perform under pressure,” Braid said. “We used a lot of examples from skiing to connect the sports during practice last year, and Indiana will continue to shoot lower scores, as she has time to use those skills in golf.”

Jones said that during practice, Braid helps her by taking some of the skills she uses in skiing onto the golf course. This includes talking about the wait at the tee box to take her shot and comparing it to the feeling of waiting at the top of the slope before going down the mountain.

Jones said that, by using these techniques, she has been able to calm her mind while competing and take some of the pressure off.

“Growing up ski racing, there was always pressure to perform well at competitions, and you only had yourself to rely on,” Jones said. “I think that pressure growing up from skiing has helped me when I’m in pressure situations on the golf course. I have learned how to control my anxiety over people watching, and feeling that pressure of making that putt on the 18th green to win the tournament.”

Even though Jones won the Mac Cup, a skiing series in the state of New Hampshire — which means she was the best woman in her state during her senior year of high school — and was the 2015 Empire 8 Golf Player of the Year, she knows that if she wants to make nationals for both sports, she has to work extra hard during practice. Practice for her, though, doesn’t mean just working on her own game.

Junior Sam Sweeney said Jones will share her knowledge of the sport, which also helps her in return.

“While we have some great racers and leaders on the team, each member helps out in their own way,” Sweeney said. “Indy is no exception to this. She knows so much about racing, how to properly prepare your gear and how to craft your technique. She’s been a great help to me as I’ve progressed over the past two years.”

For her junior and senior years on the ski team, she will not only be working to improve on the giant slalom — a long-distance ski race with fast, wide turns — but she will be co-captain with senior Anna Erlandson. Jones said she is happy she found a way to compete and be successful in both sports.

“I feel the competition is so different in so many different ways, but I’m grateful to have good coaches that have helped me get to where I am, and actually seeing the results is wonderful,” Jones said.