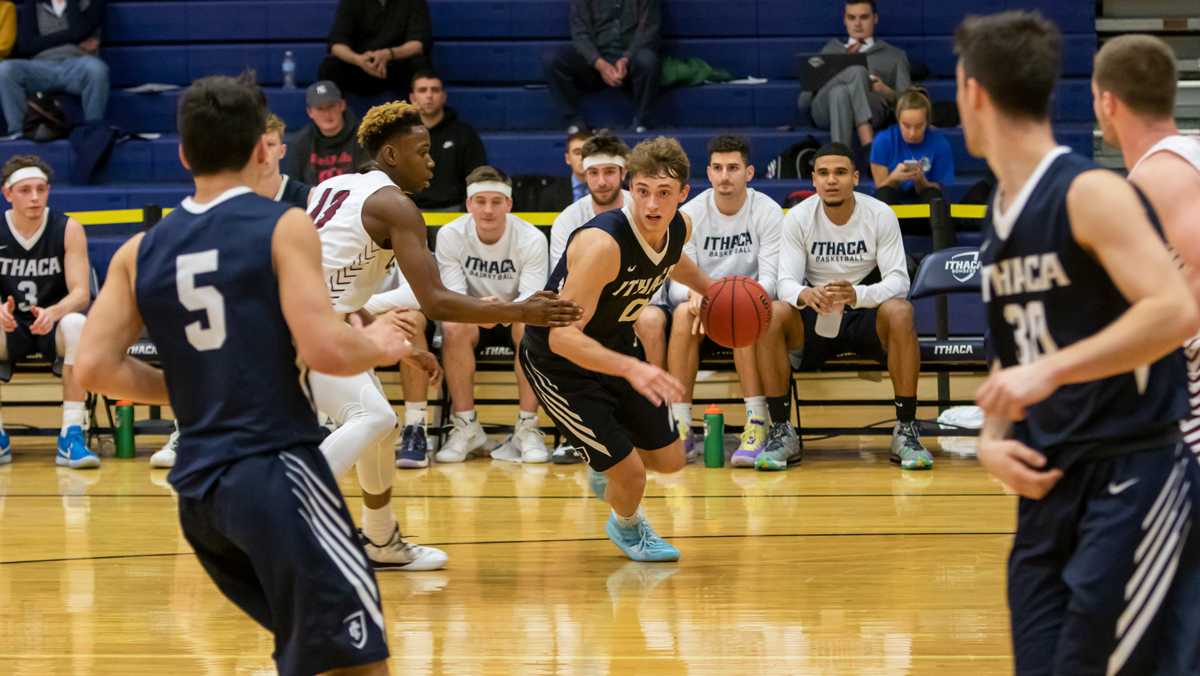 The Ithaca College men’s basketball team beat Union College 99-77 Jan. 24 in the Ben Light Gymnasium. With the win, the Bombers improve to 16-5 overall and 11-3 in Liberty League play.

The Bombers were paced by four players in double digits against Union, including senior guard Riley Thompson, who led the Bombers in scoring with 22 points and 6 rebounds. Senior guard Sebastian Alderete had 18 points and became the 28th men’s basketball player in program history to score 1,000 career points. Coming into the game, Alderete was just three points shy of the milestone, but joined the 1,000-point club on his first three-point shot just 36 seconds into the game. With over 625 people in attendance, Alderete said he was proud to hit this milestone in front of such a large crowd.

“I’m glad I got it at home, and it was a good win,” Alderete said. “I still feel unaccomplished because we still have a lot of stuff to do.”

Free-throw shooting played a major role in the Bombers’ success. The team shot 100% from the line in the first half and only missed one free throw the entire game.

The Bombers had 16 assists in the game. Head coach Jim Mullins said the team’s move-the-ball mantra has played a role in the Bombers successful start this season. With an overall record of 11-3, this is the program’s best start since the 2010-11 season when it started out 11-2.

“When we move the ball, we are almost unbeatable,” Mullins said.