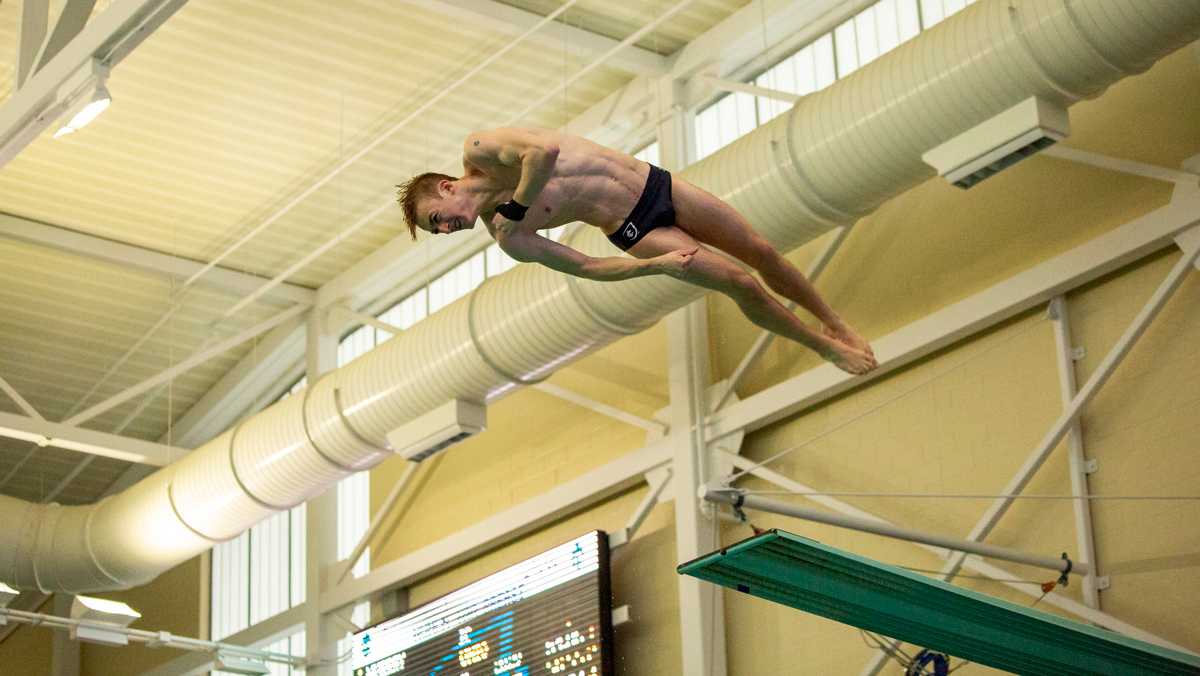 Jill Ruthauser/The Ithacan
Freshman Ethan Godfrey performs a dive on the 3-meter board during the Dick Comanzo Diving Invitational on Jan 26 in the Kelsey Partridge Bird Natatorium.
By Connor Glunt
Published: February 9, 2020

Diving coach Chris Griffin said he envisioned a strong performance from his divers after a month of training over the winter break. The team knocked some rust off the week prior during the Henry Kumpf Invitational and were able to build off the effort with a strong showing this meet.

“We had lots of really hard training during the winter training session,” Griffin said. “A lot of good energy came from it. [The divers] have their goals set, and they are willing to work for it.”

For the women’s team, they dominated the top of the leaderboard as well, placing three divers in the top four of the 1-meter event and sweeping the top three spots on the 3-meter board.

Pawcio also won the 3-meter dive, scoring 498.50 points. Lowell came close behind and placed second with a score of 481.90. Wallock picked up her second top-three finish of the day and came in third on the 3-meter board with 474.35 points.

Griffin said that he knew Pawcio was due for a big day based off of her training leading up to the meet.

“For today, what we were looking for was some athletes to make some regional cut scores,” said Griffin. “We are very, very fortunate that Karalyn Pawcio made her first two regional cut scores of the season. She needs one more off of either board to go to regionals.”

The swimmers on the women’s swimming and diving team propelled their way to strong finishes in individual and team events at the NCAA Championships from last Wednesday to Saturday in Indianapolis, Ind.