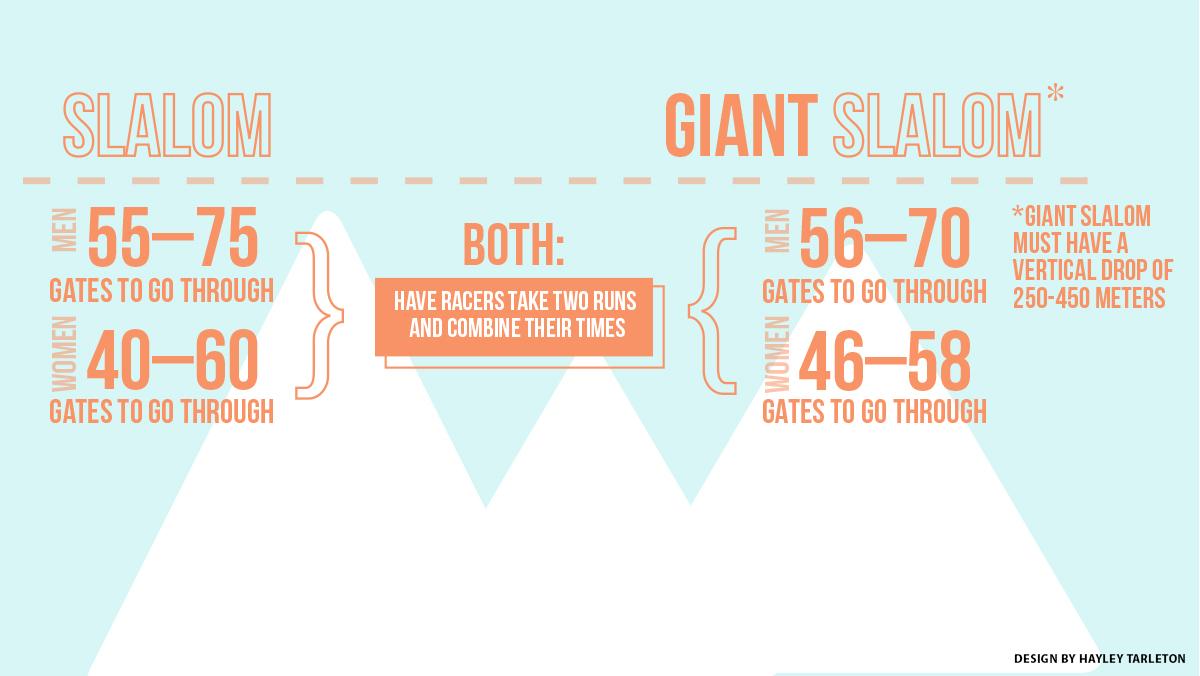 For the past five weeks, the Ithaca College ski racing team has been participating in competitions all over upstate New York. The women’s team has placed in the top five in every competition they have raced in, while the men have experienced individual success.

The women’s top individual racer was sophomore Indiana Jones on Feb. 6 in the giant slalom event hosted by Skidmore College. She placed fourth out of 36 competitors and completed her two runs in a combined time of 58.64 seconds.

Meanwhile, the top individual finisher for the men’s team this season is senior Drew Tallon. In the slalom event hosted by Skidmore College Feb. 7, he placed third out of 27 competitors and had a combined time of 1:17.04 minutes.

The team was founded 12 years ago and has 12 members. They compete in the United States Collegiate Ski and Snowboard Association. For each competition, each school enters five competitors, and each one is seeded randomly in one of the five seeds.

Each team combines its best three individual scores for a team time. One point is awarded to the winning team, two points for second, and so on. The championship is determined by adding the teams’ points in slalom to those of giant slalom, with the lowest total being the winner.

The top five racers with the fastest times compete in the varsity level, while the slower racers compete in junior varsity. The men’s and women’s teams compete in separate races, but at the same place. All of the men’s times are separate from the women’s.

The team practices with Hamilton College and Binghamton University at Labrador Mountain in Truxton, New York, three times a week.

Rob Lister, a junior and the men’s junior captain, has been on the team for three seasons. When it comes to prior talent, Lister said there is a nice balance of members with prior racing and members with no racing knowledge. Since the team is so small, all members get to compete in every race.

“Last year, our number-one guy was away for the season, so we didn’t get a chance to make it to regionals, so this year’s season goal is to get the boys into regionals,” Lister said. “Our season goals change every year, but we always want to improve ourselves, have that family feel and a good team camaraderie.”

Lister said he encourages anyone interested in ski racing to try it.

“Come out and give it a shot,” Lister said. “We are so inclusive, and we want more people to come and try the team out.”