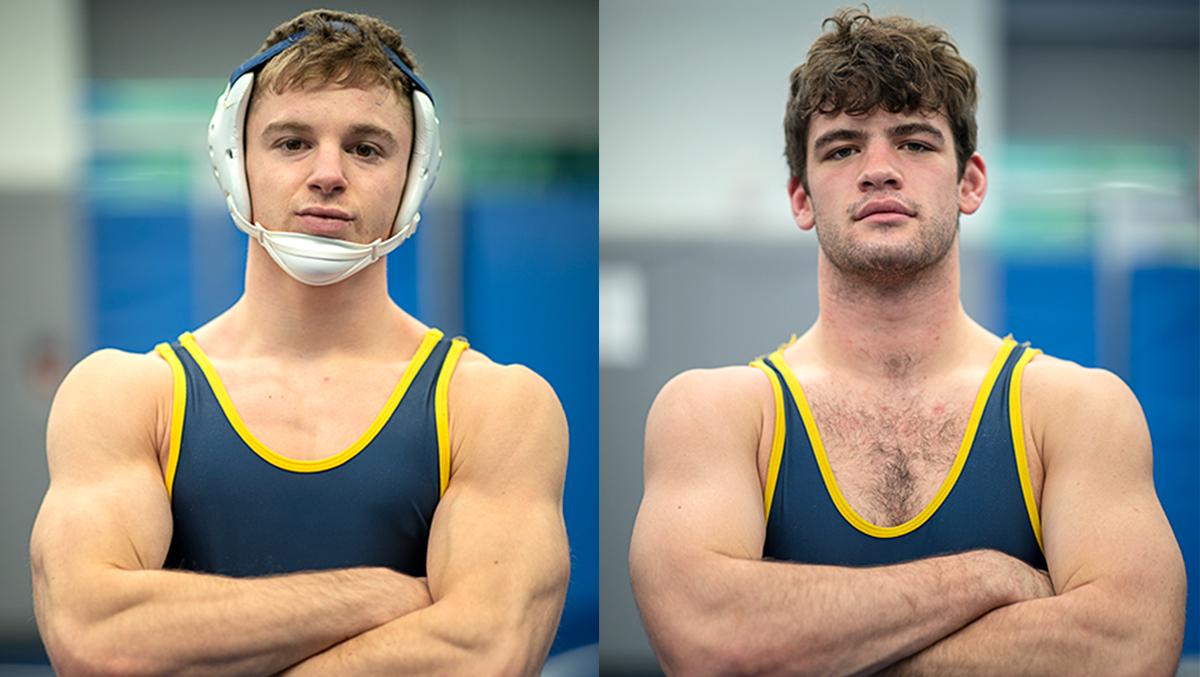 After its best finish in over two decades at the NCAA Championships last spring, the Ithaca College wrestling team is now aiming to capture a national title.

“As coaches, we have an idea of where we need to be, but every year is a different journey to get there,” Head coach Marty Nichols said. “You have to have everybody on board. [Improvement] doesn’t happen overnight.”

The Blue and Gold finished the 2017–18 season with a 14–2 record and placed third overall as a team in the final NCAA Division III Championships. This is the highest the team has ever placed in the past 22 years.

Junior Benjamin Brisman, who is the reigning NCAA 141-lbs champion, said the talent of the team mixed with work ethic adds a level of excitement to the team.

“I think the team is constantly improving,” Brisman said. “We’ve done better every year, and I think we can win the national championships. We have a lot of talent and guys on the national level.”

Brisman said the athletes are planning to improve this year by focusing on developing their physicality.

“The plan is to stay consistent with workouts, practice, and morning lifts and making sure we are working hard and smart by staying focused and disciplined,” Brisman said. “That’s how we are planning to improve.”

Each year brings new teammates and challenges and the goal of placing at the NCAA is always present.

“It’s a whole new team,” Nichols said. “We have to figure out what we have and what holes we need to fill. It’s always a work in progress.”

With the large addition to the team, Nichols said all coaches and returning athletes have to figure out the new dynamic and work toward building a team atmosphere again. For the freshmen, they are going to have to put in the work and adapt to wrestling at the college level. Ashcraft said that if the team stays focused, they will find success.

“Honestly, trust the process,” Ashcroft said. “We have great coaches and a great system here at Ithaca. You just have to stay on the course and just work hard every day.”

Working hard every day is how the team plans to prepare for this season’s schedule, which features top-tier teams like Division I University of Virginia and Appalachian State University.

However, Ashcraft said one of the team’s goals is to get back to facing Augsburg University and Wartburg College, teams that finished first and second respectively in the Division III NCAA Championships.

“Last year at national duals, we lost to Wartburg in Ohio,” Ashcraft said. “They are always tough. They won nationals this past year. That’s definitely going to be a tough team. As with Augsburg, those are two teams that beat us in nationals last year. But there are a lot of tough teams, but I think we are the toughest group.”

Now that the team has had experience competing well in last year’s championship, Ashcraft believes that a national championship is within reach.

“We took third last year and that was great,” Ashcraft said. “That was one of the best finishes Ithaca College wrestling ever had. But it’s not a national title, so that’s where we want to be.”

Ashcraft said the season will not be without its challenges, however, and the way the team responds to said challenges will determine the overall success of the team.

“Every year, you face challenges that maybe you wouldn’t have expected to face,” Ashcraft said. “One of the challenges for me, to make sure that everyone on the team is on board for what we are going to accomplish. And I think they are, but it’s a long season, and we have to stay the course.”

Entering his 23rd season as head coach in the 2018–19 season, Nichols said, he believes that, along with the team’s work in the room, exposing his wrestlers to a high level of competition will help the team in numerous ways.

“We can see where they’re at, and it’ll help us better build their skills,” Nichols said. “Like I said, it’s always a work in progress.”

Brisman said he believes the team’s success will depend on remaining positive and creating a good atmosphere.“Just keeping the mood like really positive and happy, and it makes it a better vibe in practice,” Brisman said. “When you don’t want to be there, you know having people being happy to work hard and being happy to be there and not being something to dread if everyone kept that attitude, it’d make it better for people to be there.”