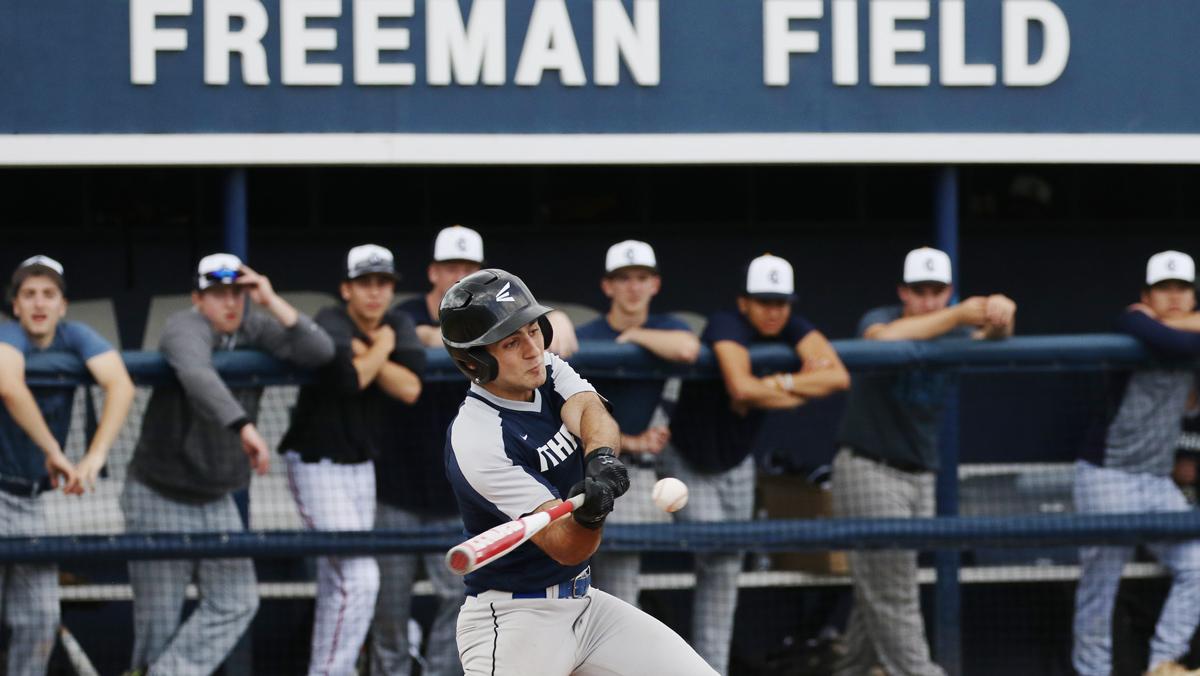 The process of getting the game on the varsity field began in 2017 by then-club president Aaron Jay ’18. It was continued by former club president Mike Moritz ’19 in discussions with former varsity baseball head coach George Valesente. Current president junior Steve Durr ’21 said Valesente refused to grant the team access for several years.

The Bombers’ home games have been played at multiple places over the years including Newark Valley High School, which is around 45 minutes away from the college, and now Gutchess Lumber Sports Complex in Cortland, which costs the team upwards of $1,500 for a three-game set. Several other club teams at the college are allowed to use the varsity facilities on campus. The club soccer team competes in Higgins Stadium, and the basketball teams play in Ben Light Gymnasium. However, the club softball team is not allowed to practice or compete on Kostrinsky Field.

During the 2018–19 academic year, Moritz and Durr had several meetings with Susan Bassett, associate vice president and director of intercollegiate athletics and recreational sports, and Sean Fitzmaurice, coordinator of facilities, event operations and equipment, which eventually led to approval for the team to use Freeman Field for its tryouts and one game. The club team used the field for tryouts and had plans to play SUNY Oswego there, but the team’s historic game had to be canceled due to rain.

“We were supposed to play on Saturday, but it rained Thursday,” Durr said. “We had a whole day of drying up, and we still weren’t allowed on the field for precautionary reasons.”

Following the cancellation, a new meeting took place among Fitzmaurice, Bassett and Brad Buchanan, associate director of recreational sports, the club baseball executive board and team adviser Tom Pfaff. In the 45-minute meeting, the group agreed the team could use Freeman Field for two weekends in early September.

Durr said Bassett and Fitzmaurice repeatedly established ground rules intended to protect the field for the varsity team. Durr said these included using the turtle — a batting practice hood that serves as a backstop — during practice, cleaning the field, sweeping the dugouts and raking the field among others.

David Valesente, who was hired as the new baseball head coach following his father George’s retirement, said that he welcomes the club team on the varsity field.

“Anybody who is interested in baseball here at Ithaca, I consider part of the family,” Valesente said.

For months prior to the game, SUNY Cortland was the scheduled opponent until the afternoon of Sept. 6 when Durr said that they canceled due to a lack of eligible drivers. Durr said he was sent into a frenzy trying to scrounge up a different opponent by 9 a.m. Saturday. Durr said he was afraid that canceling the game would reflect badly on the team, so he convinced Hobart to move the game that was supposed to be at Hobart on Sept. 3 to a doubleheader on Sunday.

Durr said he was very anxious throughout the entire process to prove that he and the team were capable of managing the varsity field.

“I was very focused to treat it like gold because we want to make sure we are a respectable, organized club,” Durr said. “We just don’t want to let anything happen that could alter our relationship with the athletic department.”

When the Bombers finally took the field for their first games at Freeman, they put on a stellar performance. In the first matchup, the South Hill squad defeated Hobart 10–0 thanks to a no-hitter pitched by Arpino.

“That was my first club baseball no-hitter, and to do it on our own campus was so cool,” Arpino said. “I had my two–seam working with both velocity and it was moving a lot, so that was enough to throw the batters off.”

The second game was a 5–3 win for the team, and Durr said that every player on the roster saw the field over the two games. Durr said he was pleased by the depth and camaraderie the team displayed during the doubleheader.

Despite actually breaking Valesente’s office window with a foul ball during the second game of the doubleheader, these games may not be the last games on Freeman Field for the club team. Valesente said he was open to the idea of them playing on the field again.

“We’re very open to working with administration to continue to schedule times where everyone can have access to it,” Valesente said. “If there’s no conflict and the field is open, we’re definitely big supporters of letting the club team continue to train and be a part of the program here.”