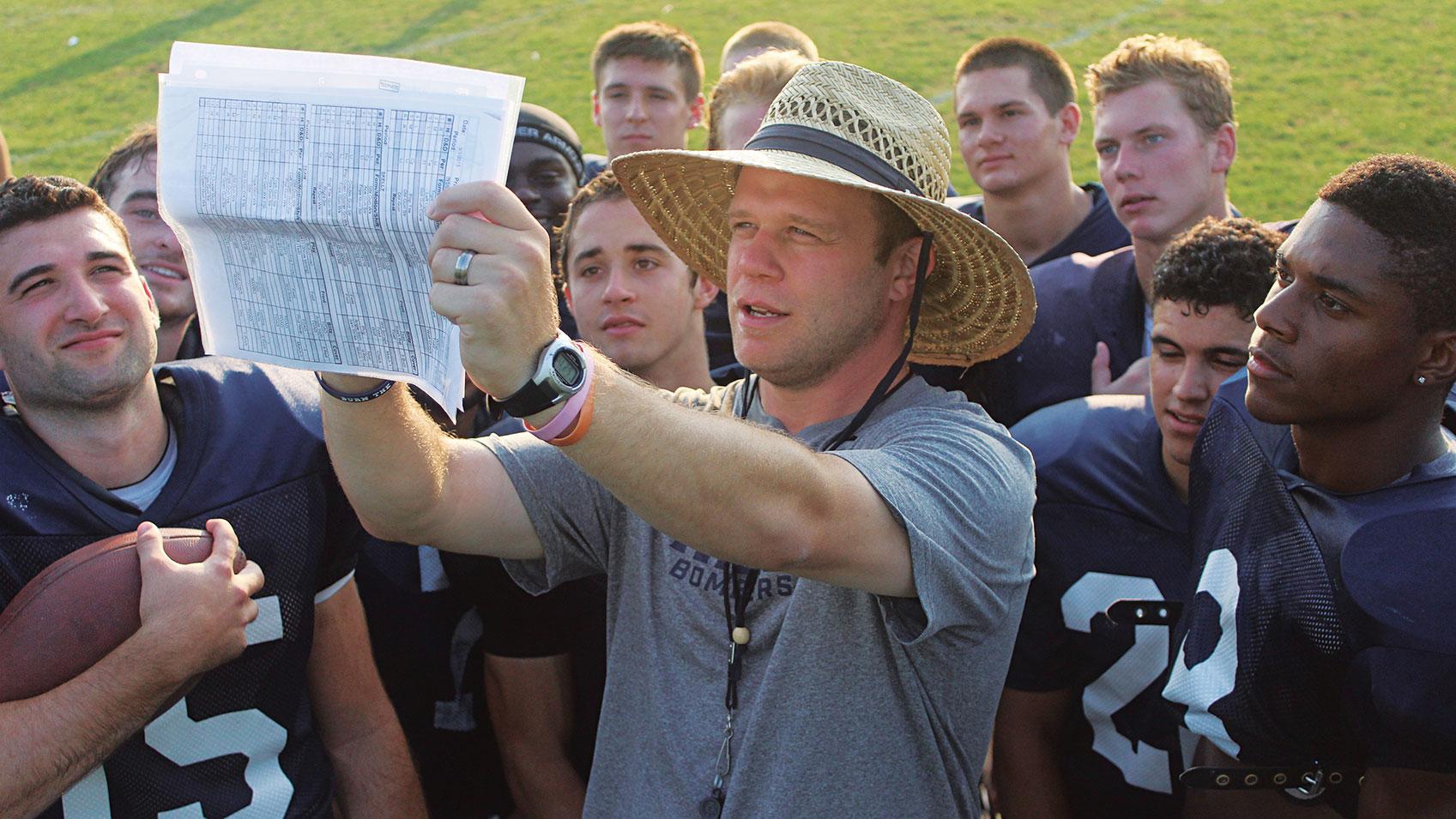 As the blistering sun’s rays beat down on the practice fields of Lafayette College during the 12th Annual Lauren’s First and Goal Foundation Football Camp, the sweat of a hard day’s work drips from the sun-kissed faces of several high school athletes.

The young men are spent. The fatigue has long settled in at this juncture. The nagging cramps and aching charley horses have made each and every drop back and wheel route more painstaking than the previous.

Their patience has thinned out. In the players’ minds, it is time to throw in the towel, clock out.

Just as the players are about to wave their white flags, a golf cart comes chugging along the track circle.

In it sits 18-year-old Lauren Loose. She cheers the players on, giving them positive reinforcement and urging them to keep on fighting and to persevere, for she is a woman who has been through thick and thin and is well–acquainted with the feeling of giving up.

Loose was born with neurofibromatosis Type 1, a genetic disorder which causes tumors to grow along the nerves and can affect the development of bones and skin. By her second birthday, Loose had already developed multiple brain tumors.

Despite all of the turmoil, Loose has still been able to maintain that summery smile that she is known for.

About 2,200 athletes from both the United States and Canada were in attendance at Lauren’s First and Goal Foundation Football Camp, along with representing more than 100 schools from around the country.

“She is a fighter,” Mrozinski said. “She has so much energy, especially on that day … I’m in awe of her and her whole family. The fact that they go through what they go through, they are able to have a smile on their faces and go forward each and every day … That is something that I don’t know if I could go through.”

Lauren’s First and Goal is a 501(c)3 charitable organization that was founded in 2004 by Loose’s parents, Marianne and John Loose, to assist families who are combating pediatric cancers.

These proceeds fund brain tumor research and cancer services, as well as the families who are or have been afflicted by pediatric brain cancer to heightening the awareness of the disease. The foundation supports the families emotionally as well as financially.

Mrozinski, who has attended the football camp for eight years, said the camp is a fantastic experience all around, as attendees are able to participate in a good cause that also serves as a valuable recruitment and professional development experience.

“You have 200 to 300 coaches there from all different levels, from the NFL down to junior college and high school,” he said. “Everybody comes with different mentalities, ideas and experiences. You are able to talk schemes. You are able to talk finer details that you sometimes don’t pick up at clinics … You always try to pick up something from somewhere. You hope to bring it back and make the team that you work with better.”

Mrozinski said his goal while at the football camp was to see how other programs similar to the college recruit and utilize that information to augment the recruitment process at the college.

One of the coaches present was University of Michigan head coach, Jim Harbaugh, who spoke in front of all of the campers.

Mrozinski said Harbaugh had a powerful message for the athletes.

“He was very charismatic and to the point about being good on and off the field and taking care of your daily life before you can worry about the football life,” he said. “I think they walked away not only getting better at the game of football, but also [learned] what is expected of them at high school and the next level.”

John Loose, an assistant football coach at the United States Military Academy and an alumnus of Ithaca College, said he enjoys seeing everyone come together for a great cause.

“The biggest rivals are there,” he said. “I coach at Army, and the Navy coach is there. When I was coaching at Lafayette, all of the Lehigh [University] coaches were there. Ithaca is there, and Cortland is there. It is neat to see all of the coaches from the same leagues … come together to help out with the cause.”

Since his first gig as an assistant football coach at Muhlenberg College, Mrozinski said he and John Loose have developed a solid working relationship.

“He is a down-to-earth guy,” he said. “He understands the holistic view of it. It is not just coaching, it is the family [side] and treating the players right and getting them to [perform] their best in the classroom and on the field.”

John Loose said he admires people like Mrozinski who annually devote their time to attend the football camp.

“It is like nothing gets in their way, they are going to do the camp,” he said. “I have buddies that tell me all the time that they are turning down the opportunity to make money somewhere else … or spend another weekend with their families. I really respect Jack.”

Mrozinski said Lauren Loose also spoke in front of the attendees to raise the curtain on the football camp, where she thanked everyone for coming and further encouraged them to maintain a healthy mental outlook on their lives.

In addition to NF1, Loose has also been diagnosed with Evans syndrome, a rare blood disorder where the immune system eradicates red and white blood cells as well as platelets.

After having two strokes in June 2008, she was diagnosed with Moyamoya disease, the rapid contraction of the blood vessels that feed the brain.

Loose also suffers from Myasthenia gravis, which is an autoimmune disease that inflicts fatigue and causes weakness in the muscles.

Her life has revolved around countless surgeries, infusions, transfusions, biopsies and chemotherapy treatments, which have left her severely harmed.

After returning from the camp, Mrozinski said he talked with the defensive unit about living their lives to the fullest.

“This game is great,” he said. “You only have a short window to play it. They are lucky because they actually get to play college football, where a lot of people’s careers end after high school. They are part of a small percentage that … [have a chance] to go to the pros. Enjoy it while [you] can. Don’t do anything that will jeopardize it. Have as much fun as you can while you do it and enjoy the moment.”

Senior defensive lineman Tijah Henderson, who attended the football camp when he was in high school, said Mrozinski’s experience coaching at charity camps such as Lauren’s First and Goal adds unique elements to the program.

“I think it is good that we have a representative there,” Henderson said. “I think it brings a [new] aspect to our team that [shows] that we are not just football players … I think it just brings more variety and diversity to our team.”

Mrozinski also said he spoke with the players about working as a whole in order to achieve greatness.

“Even though we as coaches can get after them sometimes, and they can get frustrated with us, at the end of the day [the players need to] realize we are trying to make them better so we can be successful and reach that common goal. Also, at the end of the day, [they] have a smile on their faces because they are doing something that not many people in this world are doing at their age.”