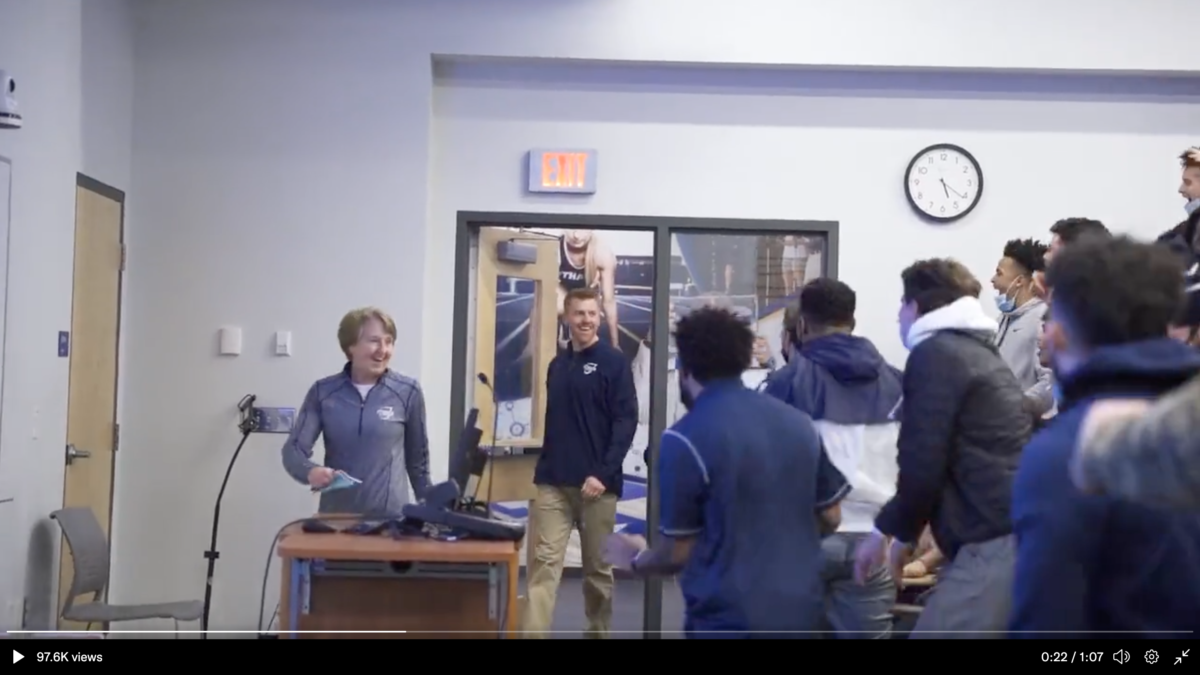 On Feb. 18, the official Twitter account for the Ithaca College football team posted a video of Susan Bassett, associate vice president and director of the Office of Intercollegiate Athletics at the college, announcing Michael Toerper as the new head coach of the program. Both Bassett and Toerper were maskless in the video.

On Feb. 25, Bassett released a statement apologizing for violating the college’s policy on masks. As of March 2, the college still requires all individuals to wear masks indoors, regardless of vaccination status. However, the college announced March 1 that masks will no longer be mandated indoors on campus starting March 4.

In the statement, Bassett said she had removed her mask to make the announcement so she could be heard by all the students, and Toerper had removed his for the same reason. Bassett is shown holding a mask in her hand in the video, but Toerper did not appear to be. She said both herself and Toerper forgot about the mandate when the students, many of whom were also not wearing masks properly, swarmed Toerper with excitement as soon as he entered the room.

“[Toerper] had his face covering on in the corridor while waiting for his introduction and similarly removed his mask to greet the team,” Bassett said in the statement. “Neither of us expected the overt reaction of joy from our student-athletes, which distracted us from the appropriate compliance with wearing a face covering while indoors on our campus.”

Bassett said she is committed to keeping the college safe, calling her actions “unfortunate” and adding that the situation was made worse by how viral the video went. The clip has been viewed nearly 100,000 times on Twitter.