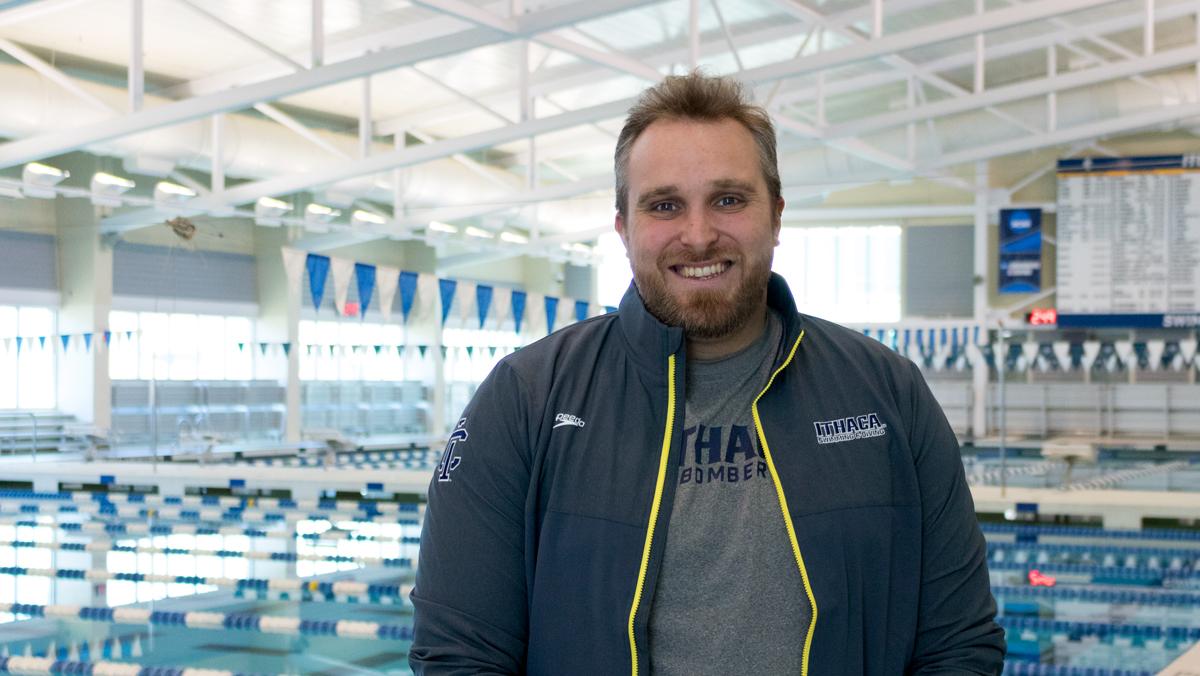 Assistant Sports Editor Dani Pluchinsky spoke with Griffin about the team’s success this year, what it’s like coaching such a strong-knit group of divers and how he looks to continue the success in the future.

Dani Pluchinsky: At the start of the season, did you expect to have this much success?

Chris Griffin: I knew that this would be a special season. As I think I’ve talked about before, having those five individuals — it’s the first time since their sophomore year that they’ve all dove together, so we knew we had a huge talent base there. Based on their previous performances and the dynamics the group has, we knew it was going to be a special year. I don’t think anyone could have anticipated or planned for the level of success we had, but we knew it was going to be something special.

DP: How did Nickie make the transition from a national runner-up to a national champion in two different dives?

CG: It was an unstated goal between us, and we wanted to try to get back up there. We added a little more degree of difficulty to her dives, which made sure her DD [degree of difficulty] was high enough to compete at that level. After that, it was making sure that we were consistent. For the 1-meter, prior to this year, she had never made finals. For the 1-meter, our goal was to stay consistent, make sure our DD was good and to try to make finals. Her being a national champion was unexpected, and we weren’t going for that, so it was absolutely amazing.

DP: How did Belson, Wishart, Suddaby and Helly transition to competing at that level?

CG: Anna Belson two years ago was fourth off both boards, but because of some medical concerns — and she was studying abroad, so for her, it was about getting back to that level. Katie Helly has already been All-American off both boards, so it was a return to performance for her. Lindsey had been at the meet last year, but she wasn’t an All-American, and this was Wishart’s first year. Our goal is to out-improve other athletes and other people and to continue the work we had been doing. We set the bar very early in the season about wanting to have no regrets and wanting to make sure everything we did, that when we finished our season we could look back and say, “We did everything in our power to get here.”

DP: What was the best moment of the season for you?

CG: There is a series on Bomber Sports of pictures from when Nickie took her national title, and my favorite picture is not of Nickie, but of her teammates jumping and cheering because I think that defines the team better than anything else. They were 100 percent supportive of everything each of their teammates did, and they were all ecstatic for one another. To me, that is one of the most special points of everything. It wasn’t about one person’s goals. It was about the team and about them performing as a unit and going through it together.

DP: How does it feel to win Coach of the Year?

CG: Surreal. It’s my third year here. It’s one of those things that you want to say is a goal, but it’s usually a “Maybe at some point in my career, I can do it.” I don’t think it’s hit me yet. It’s been a whirlwind, and it’s been an incredible honor, and it’s 100 percent thanks to the athletes, our support staff. Paula [Miller] and Kevin [Markwardt] have been fantastic — they’ve really been able to support me in what I do here while
trusting me to run the program the way I see fit.

DP: How are you looking to keep the success of the program going for the upcoming seasons?

CG: I think the goal and intention to keep this success going is learning from what gave us success and trying to instill those same values in the younger kids and getting them excited about what they can possibly accomplish. Wishart was a gymnast who got cut from the team who had no diving experience or background. Suddaby was an OK diver who had an OK high school career, but she has absolutely blossomed and done incredible things since she was here, and I think that is the special thing to show new underclassman. This is a program that they can grow and develop in. Whether or not they had an incredible high school career coming in doesn’t mean they can’t have an incredible college career.