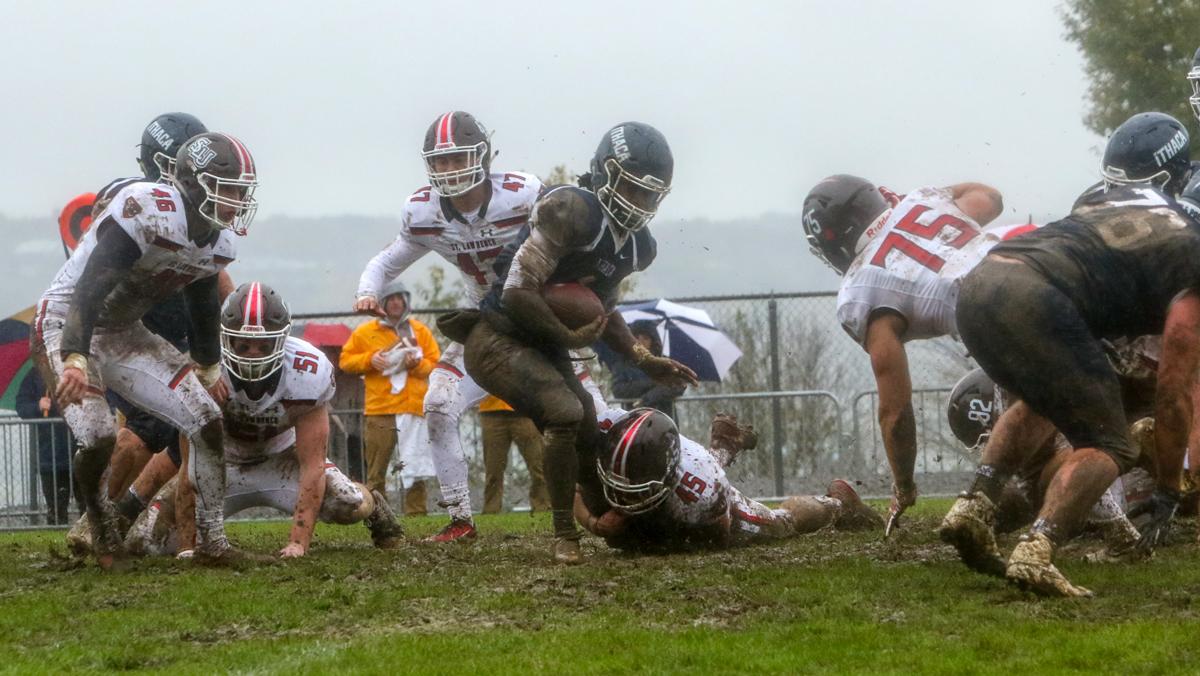 The Bombers dominated on the offensive side of the ball, specifically in the run game. The Blue and Gold finished with 203 rushing yards while the Saints finished with only 14 yards.

Junior running back Kendall Anderson kicked off the scoring for the South Hill squad with a three-yard rushing touchdown with 3:26 left in the first quarter. Halfway through the second quarter, Anderson scored his second touchdown of the day with a 22-yard run to extend the lead. After the missed extra point, the Bombers had a 13–0 lead with 8:43 remaining in the first half.

On the next drive for the Bombers, junior running back Isaiah D’Haiti broke into the endzone with a six-yard touchdown run of his own to increase the lead 20–0. With 1:41 remaining in the second half, D’Haiti capitalized again on the Bombers’ run game by scoring his second touchdown of the day on a three-yard run to extend the Blue and Gold’s lead 26–0 heading into halftime.

In the second half, the Saints scored with 3:15 remaining in the third quarter when sophomore wide receiver Joseph Viscardo caught a 19-yard touchdown pass from sophomore quarterback Aaron Ruthman for their only points of the game. The South Hill squad only scored once more with a safety early in the fourth quarter to win the game 28–6.

The Bombers accumulated four rushing touchdowns throughout the game. Anderson rushed for 120 yards in the game while D’Haiti rushed for 40 yards.

Sophomore quarterback Wahid Nabi went 7–17 for the Bombers with 119 yards and one interception.

The Blue and Gold will travel to face off against Hobart at 1 p.m. Nov. 3 in Geneva, New York.

Football falls in close contest to No. 20 RPI