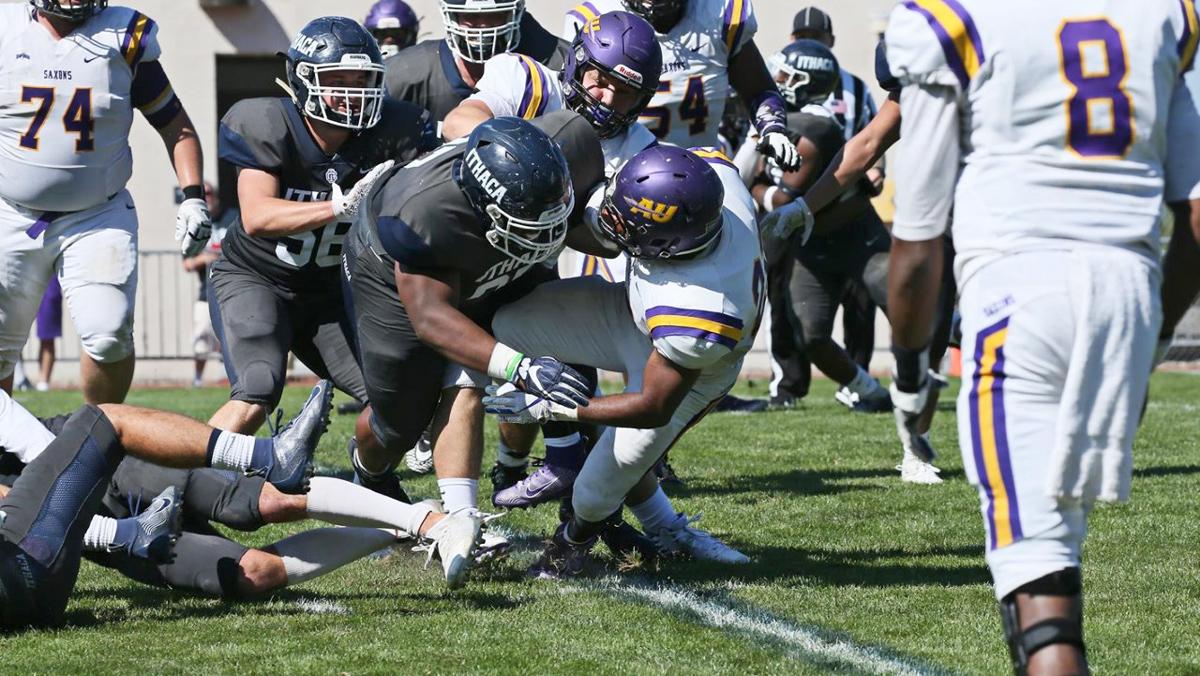 After being turned down for the Liberty League representative position for the NCAA Division III Student-Athlete Advisory Council (SAAC) the first time he applied, junior Warren Watson, a defensive lineman for the Ithaca College football team, decided to try again. When he learned that the former conference representative stepped down and the position opened up again, he made a second half comeback.

As the new Liberty League representative in the national SAAC, Watson will help generate a student-athlete voice in the NCAA, respond to legislation impacting student-athletes and participate in the administrative process of athletic programs. Watson said the NCAA Division III SAAC is made up of units, which consist of two partnered conferences. The Liberty League is partnered with the University Athletic Association (UAA), so Watson works along the UAA representative. Watson began his term with the national branch in January, and his term will last two years.

Watson said that being appointed to this position was an honor.

“I was just elated,” Watson said. “This is a great opportunity for us to have a voice directly correlated to college. That’s what I was really most happy about.”

Watson serves as a current co-chair, alongside junior Victoria Sestito, a field hockey player, for the college’s SAAC, which is a chapter under the NCAA board. He will continue to be the college’s co-chair while serving on the national council.

Sestito said that as co-chairs, their roles are to oversee the college’s chapter and work with the rest of the executive board to plan community service events, including National Girls and Women in Sport Day, Division III Week and Mental Health Awareness Week.

“I know that my role is going to be similar to what I do here at the college with SAAC,” Watson said. “I’m just excited to be around those kinds of individuals and that kind of leadership.”

Sestito said that working with Watson on the college’s chapter of SAAC is enjoyable and productive. She said she believes that he will thrive in this new position.

“Warren and I are really close, and I really look at him as one of my close friends,” Sestito said. “He’s an awesome person and always goes above and beyond, no matter what we’re working on or what we’re trying to do. He’s really optimistic, flexible and has a personable trait to himself.”

Sestito said one of the reasons Watson is fit for his new role is his attitude. She said he has a way of placing the college over his own self-interests.

“When he told us in our group chat, he was just so pumped,” Sestito said. “It wasn’t about him; it’s about Ithaca. That’s another thing about Warren: He’s always putting Ithaca and the organization above himself.”

Watson has positively contributed on the gridiron for the Bombers. During the 2019 season as a sophomore, he got off to a hot start by racking up eight tackles and recovering one fumble in the first three games of the season.

Unfortunately, his progress came to a halt due to a torn pectoral muscle — a season-ending injury. Watson said he was disappointed by the injury, especially because it forced him to the sidelines for the 2019 Cortaca Jug at MetLife Stadium, but the experience helped him grow as a leader and become more appreciative of football.

“You can work as hard as you possibly can, and you can put every single ounce of effort into football, and sometimes it just does not work out,” Watson said. “I feel like I have an advantage over some people in the real world because some of the things athletes go through, you can’t just rehearse.”

Head football coach Dan Swanstrom noticed Watson’s desire to be a leader as soon as he started with the football program. He said Watson’s appointment to the position is not a surprise and represents Watson’s character.

“He wanted to be a part of that organization before he was even a student here,” Swanstrom said. “He wants to set an example, and this is a perfect platform for him and his personality. His personal expectations and how he holds himself accountable to a certain standard made it easy for him to continue to rise in a leadership position, certainly within the football program and certainly within the Student-Athlete Advisory Council. He’s doing what we expected him to do when we recruited him here.”

Watson said he looks at the position as a chance to learn while also having a direct voice in decisions made in the NCAA.

“I’m looking at this as a great opportunity to enhance and grow as a person,” Watson said. “A goal of mine is to be that voice for the college at the national level. I really don’t think anyone does it as good as we do, and that’s what’s really so special about being a Bomber.”