Former club player sets herself up for success on varsity squad 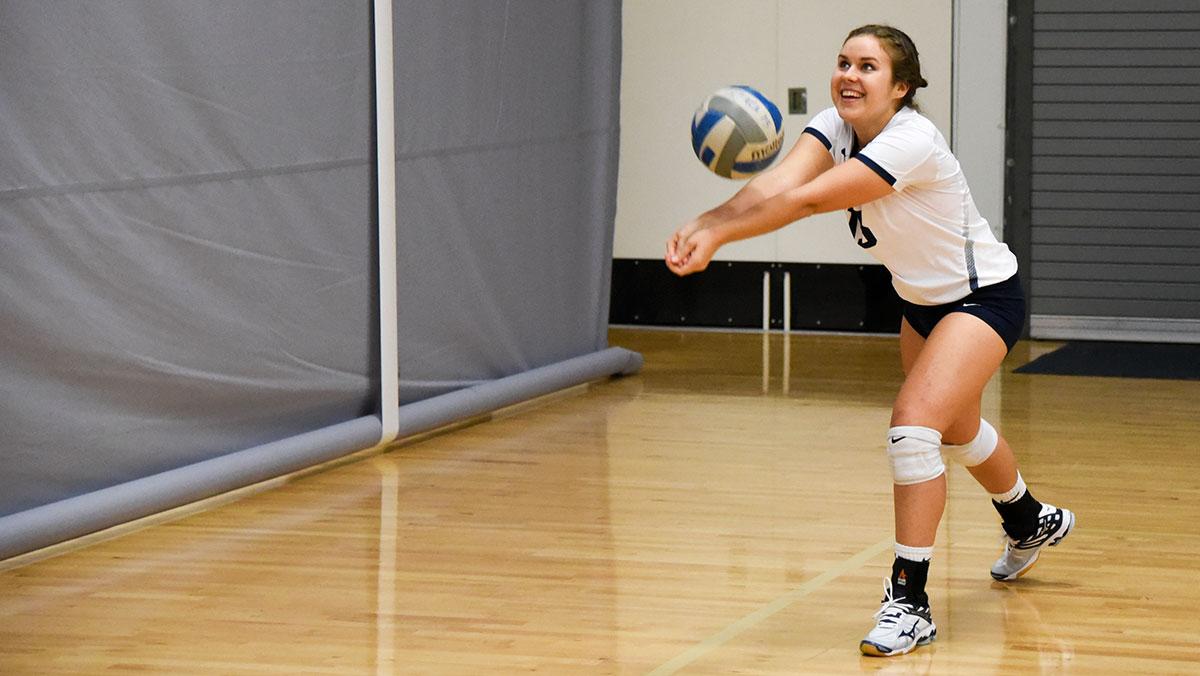 Given the demands of a varsity sport, it is not uncommon for athletes to decide they no longer want to be a varsity athlete. When this is the case, many athletes opt to join a club team. What is rare, however, is when an athlete on a club team is recruited to play on the varsity team. This was the case with Ithaca College sophomore Izabella Mocarski when she went from playing club volleyball to varsity volleyball, a team that now has a 18–1 overall record.

Mocarski is only the second volleyball player to transition from the club team to the varsity team since head volleyball coach Janet Donovan began coaching in 1992. Donovan said the last player to go from club to varsity was Andrea Blitz in 2003.

“When I go out recruiting, people email and video me,” Donovan said. “She never did that. We recruit mostly from the northeast. Her location made it more difficult to see her play in person.”

Donovan said she did not know much about Mocarski when she first came to the college, but she gave her the opportunity to try out her freshman year. In the beginning, Donovan said Mocarski didn’t jump out compared to the athletes that had been highly recruited.

“She came back and worked very hard,” Donovan said. “She knocks it out of the park both physically and athletically. She holds her own. Me, as a coach, I am excited to see that. She really wanted to be on the team.”

Mocarski said she is very happy that she chose to play for the women’s club volleyball team because she loves the sport and wanted to continue playing after high school. She said her experience on the club team allowed her to develop her playing ability and excel.

“It gave me an opportunity to play the sport that I love and practice with a group of girls who were nothing short of talented and incredible,” Mocarski said. “Without club volleyball, I would not have been able to improve my technique and receive the experience that I needed to get to where I am today.”

Sophomore club volleyball player Leanne Sweeney said Mocarski was a valuable teammate that deserves to be on the varsity team.

“She’s an extremely hard worker, so she always brought her A-game on the court. She was always ready to play and was always a supportive teammate,” Sweeney said. “Our team could always count on Iza to lift us up if we were getting down with some encouraging words.”

Donovan said she has noticed improvements since the spring in Mocarski’s fitness level and said Mocarski is now much more confident on the court.

“She is less nervous and seeing the game better. Her technique is getting better and better every day because she is coachable and getting more repetitions in,” Donovan said.

Mocarski said she is excited to be a part of a team made up of an outstanding group of women.

“It’s amazing to be able to practice with them every day and even more amazing to have them as teammates,” Mocarski said.

Additionally, Mocarski said she is eager to see how well the team plays throughout the remainder of the season. It is already off to a promising start this year, and Mocarski said it is great to think about the potential they have to make this season one of the squad’s best.

Mocarski said her biggest goals this season are becoming more consistent at passing and communicating with her teammates better on the court. She said while she has felt like she has made progress, she feels that there is still more to make.

“It’s definitely going to take some time getting used to playing at this level of competition, as well as getting to where I want to be as a player, but I am looking forward to working with the coaching staff and making the most out of this opportunity I have been given,” Mocarski said.

Sophomore captain Joelle Goldstein said Mocarski always comes to practice and games fully energized, which she said goes a long way since volleyball is such a mental game.

“Iza is one of those people who works so hard that it’s contagious and makes others want to work equally as hard,” Goldstein said.

Mocarski described her team as being very optimistic, cohesive and hard-working. She said her teammates always show up to practice with a competitive mindset, and they make sure to translate that mentality to every game they play.

“I feel like the team has a great chemistry this year, which is helping us play well together on the court and have a lot of fun in the process,” Mocarski said.