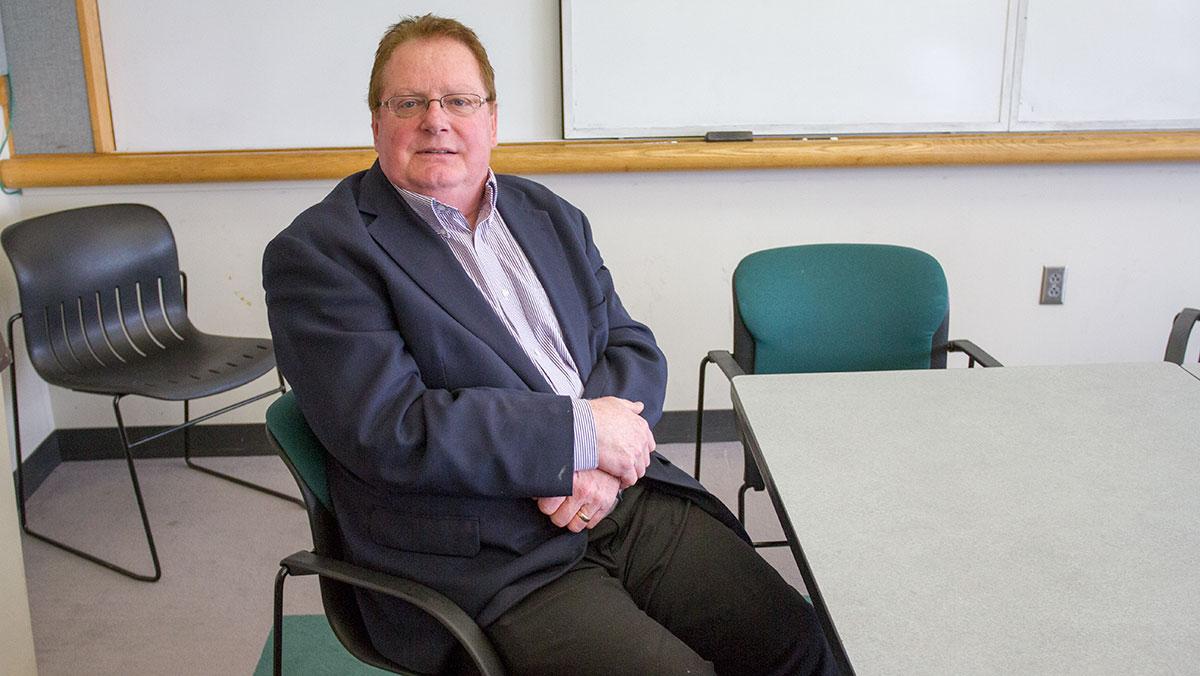 Kenneth Rundell, a former senior physiologist with the United States Olympic Committee, visited Ithaca College on Feb. 26 to hold two presentations for students and faculty on respiratory and air-quality issues that affect athletes.

In his career, Rundell has established the sport science lab at the USOC Training Center in Lake Placid, New York, and is also the former director of the Respiratory Research and Human Physiology Lab at Marywood University. He currently works as a consultant for Pharmaxis, an international pharmaceutical company.

Assistant Sports Editor Jonathan Beck spoke with Rundell about his experiences during his time with the USOC, his interaction with Olympic athletes and his presentations at the college.

Jonathan Beck: What were you involved with during your time at the USOC?

Kenneth Rundell: I was in charge of all the metabolic testing, bloodwork on the athletes, VO2 max tests on the athletes, research and asthma evaluations. I did a lot of research projects, mostly with the winter sports. I worked with the Nordic skiers, women’s ice hockey team, Nordic combine and biathlon a lot. I travelled with the teams for their camps in the fall. We travelled to world championships and national championships with the teams. Basically we did asthma testing on all the winter athletes.

JB: What was your role with the International Olympic Committee during the 2008 Beijing Olympics?

KR: I was on [its] asthma panel and air-quality panel for those Olympics. There was a group of us on the panel, and every day we would get the morning air pollution numbers, and from those we would evaluate whether or not it would be safe for the competitions to take place. We were told, whether or not this is true, we had the power to not have an event if it looked bad. But I can’t imagine — NBC spending $22 million to cover the marathon, they wouldn’t let that happen. As it turned out, the pollution in Beijing typically comes from the industry south of Beijing, so a strip about as long as from here to Florida. The prevailing winds typically come up that way in a two-week cycle, so there is a small period of time where the wind comes in from Mongolia, and when that happens it’s nice, clean air. Well, the whole time during the Olympics, the wind was coming in from Mongolia, so it was not a problem.

JB: Have you worked with many famous athletes in your career?

JB: You have collaborated with ESPN on a number of E60 segments. What were those experiences like?

KR: One E60 show was about air pollution in the ice rinks. E60 got a hold of that from a show that I did with the Canadian Broadcasting Company on the same thing, and they wanted to come down and do their take on it. The other thing that was on E60 was looking at sildenafil [Viagra] in organic aid. It was fun. On one hand, their edited project I wasn’t that happy with. The Canadian Broadcasting Company I thought did a really good job with it.

JB: How could the Ithaca College community benefit from the presentations that you gave?

KR: Well, I think especially for the athletic-training crowd, an awareness of the vocal cord dysfunction, and that it’s not [exercise-induced bronchospasm] or asthma. What I’m trying to share is that they need be aware of these things and the differences between these things because a lot of the time they are going to be involved in making the call.