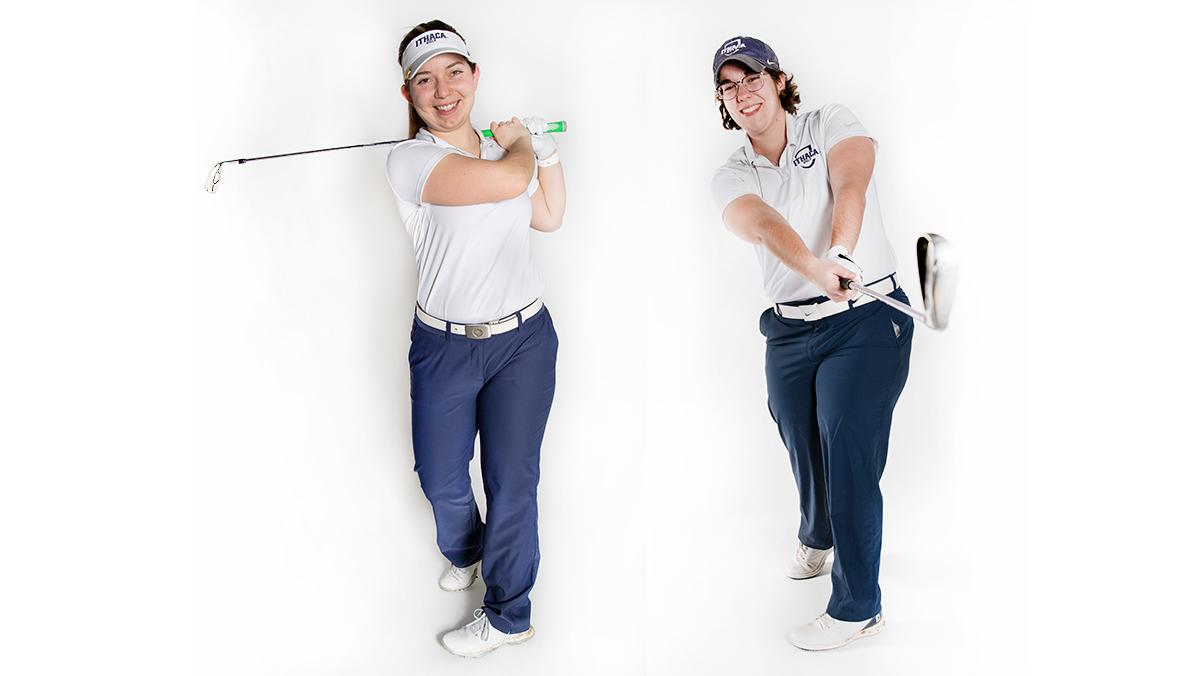 The Ithaca College golf team is striving to build on the momentum from the 2019 fall season this spring despite losing three players from its roster. Head coach Keith Batson said he does not think it will be an obstacle for the upcoming season.

“The only thing that has changed from last fall is our team is a bit smaller,” Batson said. “We had a player transfer to a different school, one no longer playing golf and another decide to focus solely on her schoolwork, so we have a team of six. Having a smaller team can have benefits, and I think everyone is more unified and on the same page.”

The team will be led by senior captain Peyton Greco, one of the two upperclassmen on the team. Greco is the defending Liberty League Player of the Year. She averaged 77.83 strokes per round in the fall half of the season, a score that is over a stroke better than her 2018–19 average. Among her many goals is earning Liberty League Player of the Year for the second year in a row, and Greco said her coach has even higher goals in mind for her.

“For me, personally, he told me that I could make the national championship, and that was something we have been working toward that I didn’t necessarily think about when I was a sophomore,” Greco said. “But now it’s becoming more of reality, and whether or not I can make it is a whole other thing.”

The other upperclassman on the team is junior Sophia Israel. Batson said that this spring will be very important for Israel in preparing to become captain once Greco graduates.

“I think Sophia is the obvious choice to fill Peyton’s shoes,” Batson said. “I have been talking with her all year about that. She is starting to show her leadership skills. I think this spring is important for her to take a bigger role in certain situations. She is ready and excited to lead the team in her senior season next fall.”

Israel recorded two top-10 finishes in the fall. She tied her career lowest round score with a 77 at the Mount Holyoke College Invitational in South Hadley, Massachusetts. Israel has improved her average to 83.83, which is approximately one and a half strokes better than her average in the 2018–19 season. She said she hopes to get her average into the high 70s as well as improve her overall game.

“I’m hoping for me, personally, I bring my shooting average down to 80s, high 70s, which I think is pretty possible,” Israel said. “Overall, I just want to keep getting better, get more consistent, hit straighter shots.”

Sophomores Caitlin McGrinder and Katie Chan also made improvements to their games this past fall. McGrinder only played in three tournaments in the fall, but she is averaging approximately eight fewer strokes per round. She crushed her career lowest round of 85 by shooting a 76 in the final round of the St. Lawrence Invitational in Canton, New York. Chan only played in two tournaments in the fall, but she made adjustments between the two rounds she played at the Lynn Schweizer Invitational in Granville, Ohio, and improved her score by 11 strokes. Israel said she is very optimistic about the pair.

“I’ve seen them grow so much since the end of last year,” Israel said. “I’m very proud of how far they’ve come, and I’m really excited to see them live up to their full potential because they’re just tapping at the door.”

Freshmen Mary Gersec and Cristea Park got a lot of reps in the fall and have put up impressive scores. Gersec finished just outside the top 10 in the Cortaca Northeast Invitational, which is a two-day tournament that is played at the Country Club of Ithaca on the first day and in Cortland on the second. Park recorded two top-10 finishes so far, one of them being at the Cortaca Northeast Invitational. Her average round score is 84.83, which is approximately two strikes better than Greco had in her first year.

“The two freshmen have shown a tremendous amount of promise in their first year,” Batson said. “I am excited to see how they do this spring after feeling more comfortable with the college golf scene.”

The team’s first match is March 10 during its spring break trip to Orlando, Florida, against Nazareth College. The Bombers will then only have two invitational matches before the Liberty League championships in May. There they will face the daunting task of toppling New York University, which has won the league championship five years in a row and is the defending national champion. Batson said the Bombers’ short game will play a key role in their tournament success.

“As far as weaknesses golf–wise, we need to get better with our short game,” Batson said. “Every team can say that, but we generally are pretty good tee to green. We just have to start finishing off each hole, and we will be where we need to be.”

Despite this flaw, Batson said he has a positive outlook about how the season will unfold for the Bombers.

“Our outlook is to compete at the highest level we can, … and I think they are ready to take it to the next level,” Batson said.