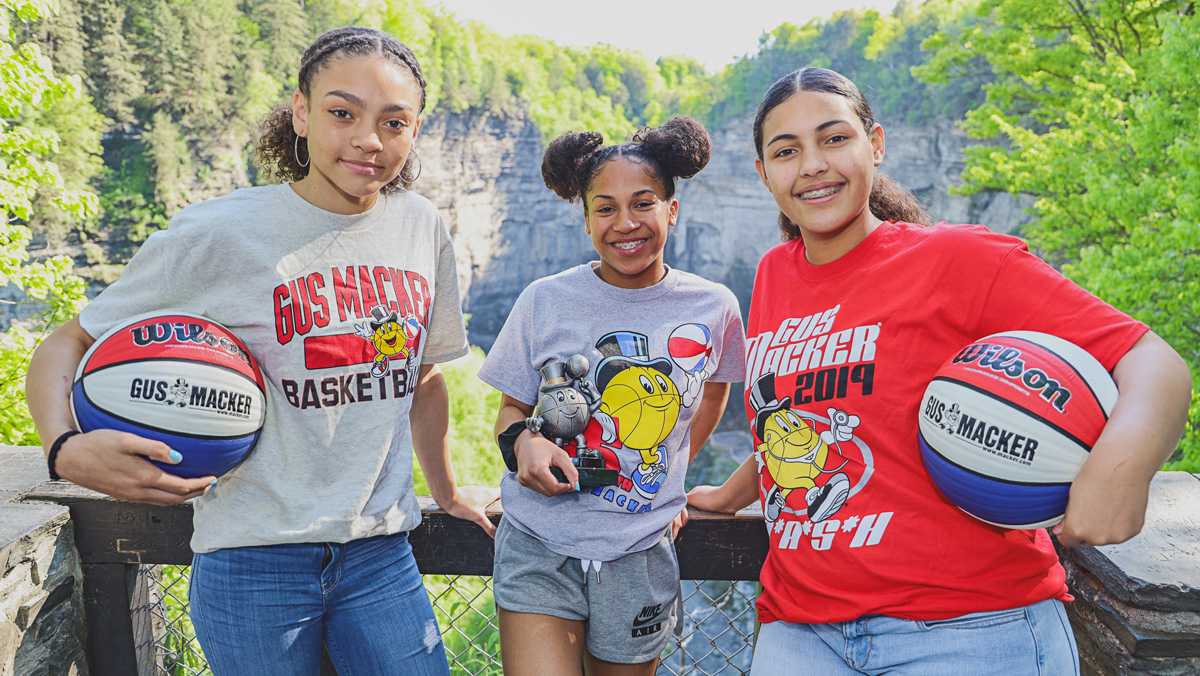 The Gus Macker Basketball Tournament traveled around the country since 1987, and the City of Ithaca is hosting the tournament for the first time Sep. 7 and 8 at Ithaca High School to raise money for the Greater Ithaca Activities Center.

Gus Macker is a three-on-three traveling charity basketball tournament that welcomes people of all ages and experience levels. The tournament partners with local organizations at each of its locations and donates the proceeds from the competition to benefit the host community.

Ithaca’s tournament will have a unique twist compared to the average Gus Macker event. It will be held in tandem with the Festival of Nations, which is also sponsored by GIAC. GIAC Deputy Director Travis Brooks said that combining the two events will elevate both to new levels.

“A lot of communities that do the Gus Macker do it right downtown in their community,” Brooks said. “What we’re doing, because our streets aren’t big enough downtown, is we’re doing it at the high school. By having the festival there too, that’s bringing vendors, spectators, music performances that represent cultures all around the world.”

Brooks said they are capping the tournament registration at 225 teams. He said he expects approximately 900 players to compete and a total of 3,000–4,000 people to attend during each of the two days.

Brooks also said the funds raised from the event will primarily go toward GIAC’s youth athletic and dance programming. GIAC offers activities ranging from track and field to a jump rope, dance and step team. Brooks said the tournament is estimated to raise anywhere from $12,000 to $20,000 in its inaugural year.

“Our staff has spent hours running small nickel-and-dime fundraisers to give our kids an opportunity to participate in these activities,” Brooks said. “Our hope is to remove all those fundraisers and focus on this one big one and really bring in the community.”

Dave Prunty, executive director of auxiliary services at Ithaca College, had three students from his Applied Event Management course during the spring semester complete their practicum experiences at GIAC to assist with planning the tournament. Prunty said his students contributed to many preliminary aspects of the event.

“Gus Macker was a dream for GIAC as recently as last spring semester,” Prunty said. “Gus Macker provided them with this gigantic manual of what you need to do to actually host a tournament. They were going through that to figure out how to interpret the manual’s instructions into reality.”

Paula Younger, executive director for government and community relations at the college, said that while she is not directly involved with the organization of the tournament, she has assisted in marketing the event to students. GIAC has a three-year contract with the Gus Macker organization, and Younger said she hopes to collaborate further with the tournament in the future.

“I plan to be there to take it all in and be a spectator,” Younger said. “I won’t be putting on any basketball shoes. Then, hopefully I’ll be able to participate in GIAC’s debriefing conversations after this year and see where our interests align.”

Samantha Little, Ithaca High School’s athletic director, originally proposed the idea of hosting a Gus Macker event in Ithaca. Her three children have all played in Gus Macker tournaments in surrounding areas, so she offered the high school as the site for the event. Little said she is passionate about GIAC’s cause and is excited to be able to bring it so much essential funding from this event.