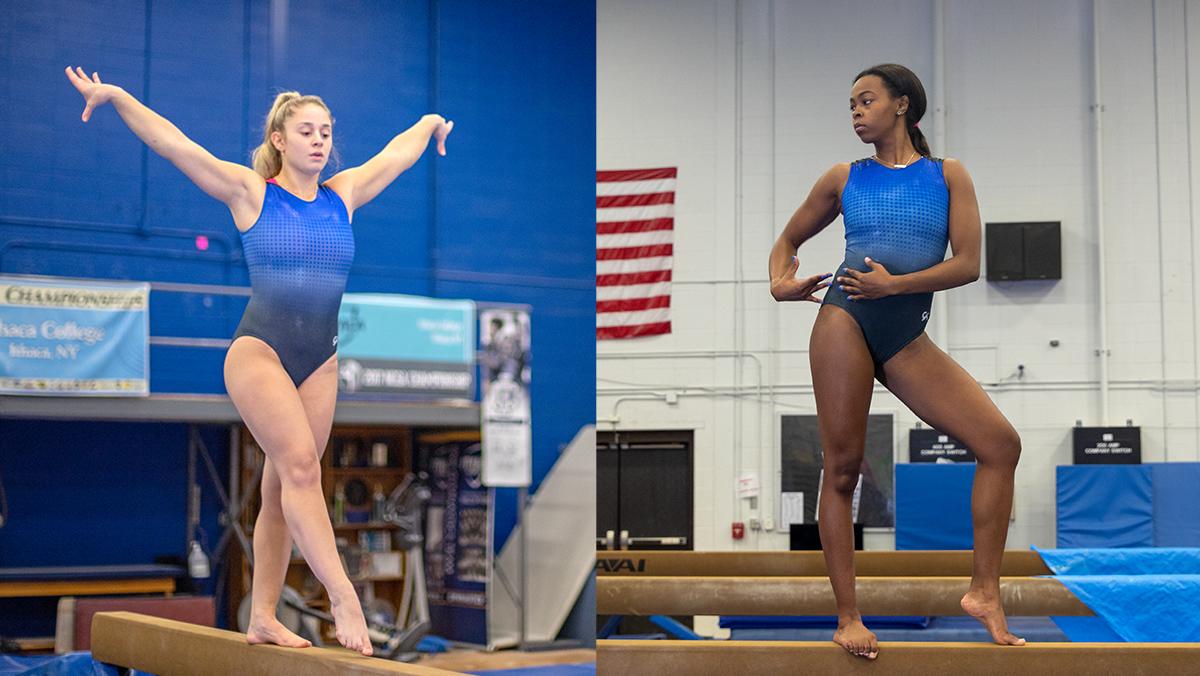 Coming off an impressive season in which it placed fourth at the NCGA Championships hosted on South Hill, the Ithaca College gymnastics team is gearing up for another year of competition in the gym.

The 2022 season marked the first season in two years for the Bombers after the stoppage of athletics because of the COVID-19 pandemic. Head coach Rick Suddaby said that 2022 was definitely a building season for the team being that many of his athletes were competing at the collegiate level for the very first time. Despite the team’s youth in the gym, the Bombers were able to put up some outstanding numbers on the season, with three athletes earning All-American titles across two different events upon its completion.

Heading into the new season, Suddaby said that keeping consistent energy moving out of 2022 will be essential to continuing the Bombers past season’s success.

“We had a great year last year, and the goal is to work with that and take another step forward,” Suddaby said. “We have a great incoming class and we’re just excited to make it happen.”

This season, the Bombers are adding seven first-year student athletes to their squad. As underclassmen make up the bulk of the team, with 16 athletes out of a 23-woman roster, Suddaby noted how important it is to make sure the first-year students are assimilating.

“This fall, we’re really spending a lot of time on some basic things that tend to hold our athletes back, especially our first-year [students],” Suddaby said. “Once we fix those, it really opens up the path for new skills and directions.”

Senior Nya Pauldon said that because gymnastics is such a mental sport, performance levels can differ from routine to routine. It is for that reason that Suddaby focuses his coaching on keeping a positive mindset and finding the confidence needed to perform well.

“[Suddaby’s] biggest thing during preseason is to prepare us mentally because he knows, physically, we’re all going to get there at our own pace,” Pauldon said.

Outside of Suddaby’s coaching, the Bombers’ small senior class is playing vital leadership roles as the team prepares for its first meet this winter. With only two true seasons of experience, Pauldon said she and her classmates are on just as much of a journey as any of the underclassmen.

“We’re definitely still trying to find our footing and figure out what kind of leaders we want to be on this team,” Pauldon said. “For the most part, we just want everybody to feel welcome and important to our program.”

Pauldon is one of only three seniors competing in the 2023 season, and she is in good company alongside seniors Cameryn Nichols and Zoe Kyriakopoulos. Although their class is small, the seniors are aiming to make a big impact during their final season in the gym.

Nichols is striving to match the decorated performances that ultimately earned her NCGA East Rookie of the Year and NCGA All-American honors amongst other accolades in 2020; both Pauldon and Kyriakopoulos are also aiming to break their lofty career-best event scores in a memorable senior season.

“With the season cancellations especially, it feels like we’ve gone from [first-year students] to seniors in the blink of an eye,” Kyriakopoulos said. “I think we have really risen to the occasion of being vocal leaders and enforcing what we want to be done on the team, especially considering what our class has been through.”

Pauldon added that she and her classmates play a crucial role in making practices less intimidating to the underclassmen on the team.

“We love to dance, we love to sing, we just want to make it feel like a pleasure to come to practice every day,” Pauldon said.

In addition to their senior class, the Bombers will also be welcoming back graduate student Julia O’Sullivan for her sixth year of competition. Suddaby said that O’Sullivan’s unique opportunity to spend another season in the gym, with her extra year of eligibility granted because of the COVID-19 pandemic, will add some valuable depth to the young team’s leadership.

Despite their youth, Suddaby is anticipating some stately performances from his first-year student athletes this upcoming season.

“We have a really good incoming class,” Suddaby said. “A couple of them stand way out, but I think that they’re all going to see some really good things this year.”

Kyriakopoulos added that she is looking forward to seeing firsthand what kinds of differences the first-year students will make in the gym.

“We definitely have a lot of [first-year students] that are going to be making lineups and making a difference,” Kyriakopoulos said. “They all have their puzzle [pieces] that they really fit into. They’re all so talented and we’re all really excited for them.”

As competition season quickly approaches, the Bombers are setting some ambitious standards for themselves, always keeping the goal of chronic improvement in mind. Pauldon said that the steps her team will take during the season will build the morale needed to compete at the next level.

“As a team right now, we’re all about setting smaller goals that we can reach,” Pauldon said. “That way, we can celebrate those and build enough confidence to start tackling our larger goals, like competing at Nationals.”

Kyriakopoulos said that although winning Nationals is a primary goal for her as well, she largely just wants to show off the expertise that her team is riddled with.

“I think we just want to showcase the talent that we all know we have this season,” Kyriakopoulos said. “Our depth in both skill and support for each other will keep us really united as a team.”

The Bombers will kick off their season Jan. 15, 2023, when they compete against the Golden Eagles of SUNY Brockport at home in Ben Light Gymnasium.