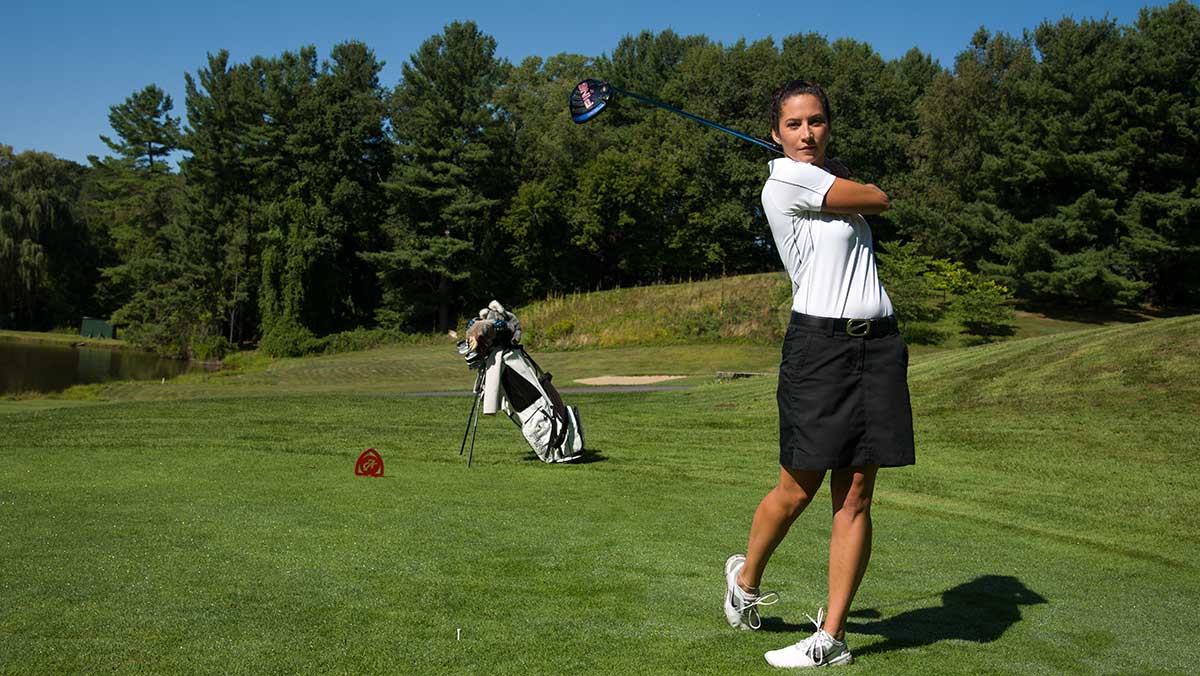 FILE PHOTO/THE ITHACAN
Head coach Molly Braid practices with the team at the Country of Ithaca. Braid will be resigning at the end of the season.
By Caitie Ihrig — Assistant Sports Editor
Published: March 7, 2017

Head golf coach Molly Braid will be resigning at the end of the spring season after two years of coaching. Braid was hired in August 2015 after head coach Dan Wood and assistant coach Sandi Wood retired.

Under Braid, the team continued its winning streak in the Empire 8 Championship tournament, now at seven years. Braid also oversaw junior Indiana Jones and senior Kimberley Wong being named Empire 8 Women’s Golfers of the Year in 2015 and 2016, respectively. Freshman Peyton Greco was also named Empire 8 Rookie of the Year in 2016. Out of the six weeks of the golf season, the South Hill squad had five Empire 8 Players of the Week in 2015 and 2016.

Braid was named the Empire 8 Coach of the Year for both of her seasons as head coach.

Freshman Molly Walsh said Braid is a great coach who has done a lot for the program.

“I really can’t believe she is leaving. Without her this program wouldn’t have nearly the same amount of potential,” Walsh said.

A search is underway for a new coach, with the goal of naming one in May.
Braid could not immediately be reached for comment.