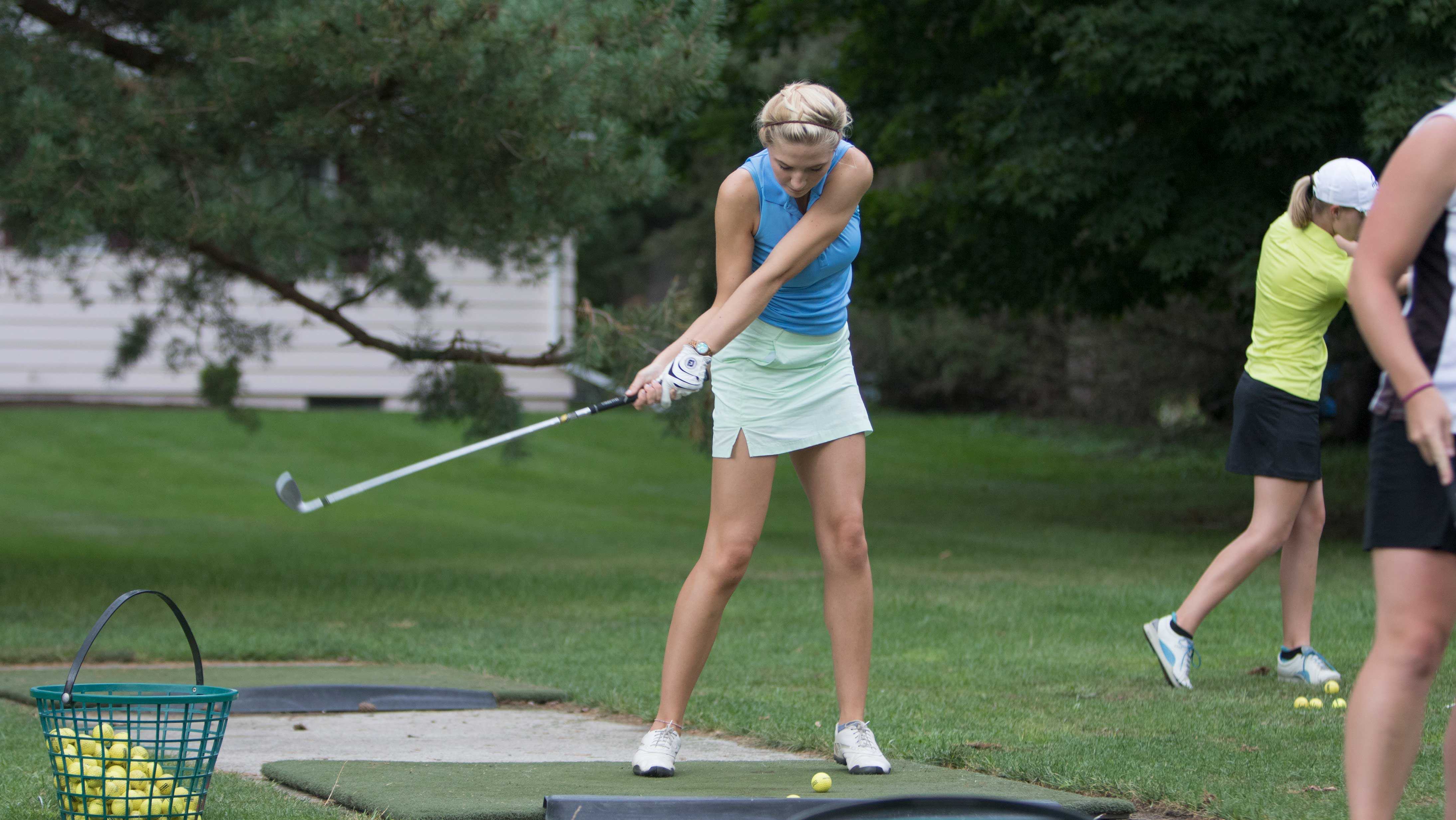 A typical high–school day for freshman Molly Walsh consisted of waking up at 5:30 a.m. for swim practice, heading to school, then practice for field hockey, swimming or golf, and then even more swim practice in the evening. But now in college, this is the first time she is only concentrating on one sport: golf.

This drive to compete in many sports came from her athletic family because they were all multisport athletes. At 3 years old, Walsh began Irish Dancing, and her love of sports only grew from there. As the years passed, she participated in gymnastics, swimming, field hockey and, finally, golf.

As a child, Walsh was the most competitive with swimming — she practiced at least 10 hours a week — until the age of 14, when she tore both rotator cuffs from overusing them. She was left trying to find a new sport to stay active.

Her brother grew up playing golf and told her to give it a try, and ever since then, Walsh said, she has loved the game and the challenge it gives her.

Walsh said she grew up playing sports in which anger can be beneficial. In swimming, that anger makes you swim faster. In field hockey, it makes you hit the ball harder. In golf, though, anger has the opposite effect and can ruin your round. This was a new mental challenge she had to take on.

Part of the challenge, Walsh said, was realizing that what happened on the previous shot before is done, and the best thing to do is have an open mind for the next shot.

“Every new shot is a new shot, and you can’t think it doesn’t affect you, but you can line up and have a completely new shot that has nothing to do with what you have done before,” Walsh said. “If you can have a positive mindset every shot, it really affects your score in the end.”

That challenge, though, was far harder than she imagined it would be, as her freshman and sophomore years at Hightstown High School in East Windsor, New Jersey, were not as successful as she hoped they would have been.

Walsh’s freshman year of high school was not only the first time she played golf, but also the first time her high school had a team. The team only had five members, and in tournaments, it could play six, but only four scores would count. Each girl understood that what they put into the program would determine its future, motivating the players to put in as much effort as they could.

Walsh’s drive kept her going, and by her junior year, she was the No. 1 player on her high school team. Her dedication to the sport grew stronger, and she finished sixth at the Mercer County Tournament in New Jersey her senior year of high school.

Daniel Chung, Walsh’s high–school golf coach, said he attributes some of her success to growing up playing multiple sports.

“She competed against some of the top players in the state who have played golf far longer,” Chung said. “For many of them, golf was their only sport. Being a multisport athlete, our plan was for Molly to remain competitive and give our team a chance of posting a respectable score against some of the better teams and beat teams that were on our level of play.”

Chung said the skills she learned from field hockey, such as hand-eye coordination, and from swimming, such as her strength, helped her excel at golf.

“In addition to the physical benefits of playing these two additional sports, Molly’s participation in field hockey and swimming helped cultivate her athletic intelligence,” Chung said. “To understand the mechanics and how to be competitive in two very different sports definitely allowed Molly to pick up on how to find success on the golf course in a short period of time.”

Even though golf was her most competitive sport, Walsh also found success with swimming and field hockey.

“Molly’s no rookie to competition; she will have to rely on her competitive background in swimming to keep her composure while under pressure,” Braid said.

Chung said he knows that her background as a multisport athlete will help her be a successful student–athlete.

“I hope Molly embraces the great experiences of being a student–athlete,” Chung said. “I hope she forges bonds with teammates and peers within her academic program. I’ve always felt that student–athletes — really, any student that takes on responsibilities outside of their academic schedule — are best prepared for the ‘real world.’ I’m confident that Molly will find success on and off the golf course during her tenure at Ithaca.”