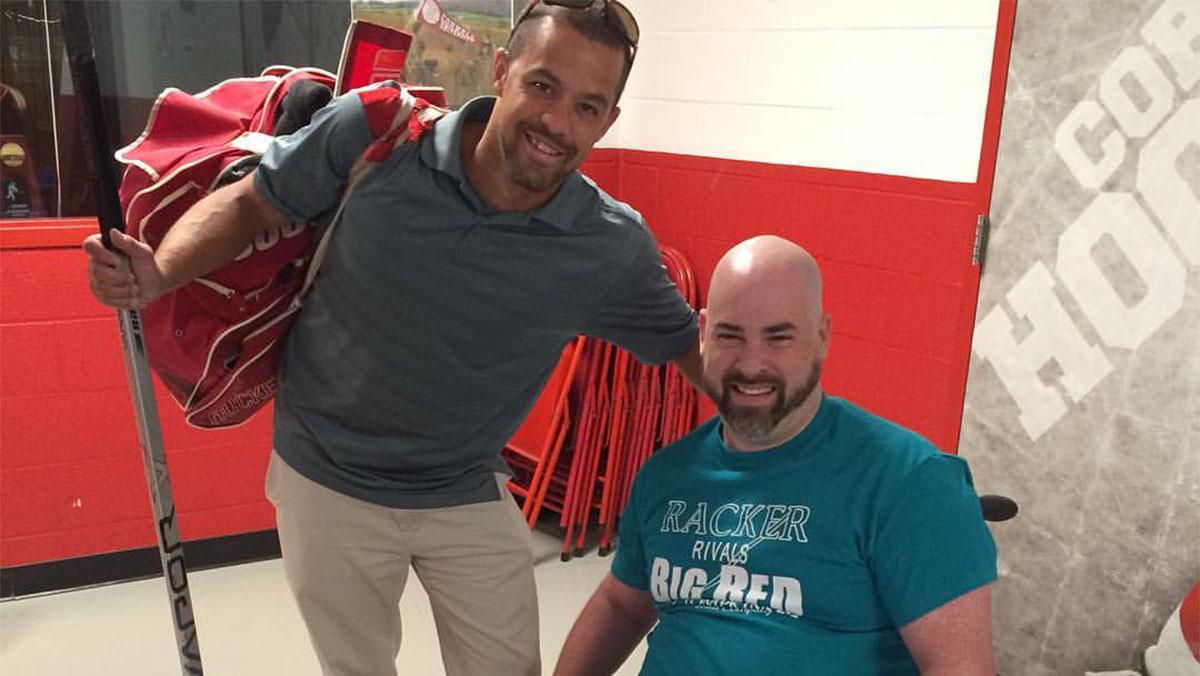 The event was held to the Franziska Racker Centers, a nonprofit dedicated to supporting people with disabilities and creating opportunities for them to lead fulfilling lives. The game was held at Lynah Rink on Cornell University’s campus.

Ouckama played alongside Olympians like Lauriane Rougeau; Paralympians like Josh Pauls; and NHL stars, including Joe Nieuwendyk, Dustin Brown and Kevyn Adams. Ouckama said he grew up playing hockey, and he played with Brown, who now plays for the Los Angeles Kings, during their time at Ithaca High School.

“I was able to be lucky to participate in that event, and it was certainly eye-opening being on the ice with players of that caliber.” Ouckama said.

Ouckama put one in the back of the net very early into the game. He beat four defenders and hit a shot into the top left corner of the goal. His pledge captain, Patrick Bohn ’05, a faculty member in the Department of Media Arts, Sciences and Studies at the college, said Ouckama scored one of the best goals of the night. Bohn said some of the skills Ouckama learned during his time on his high school hockey team transferred over to the game. 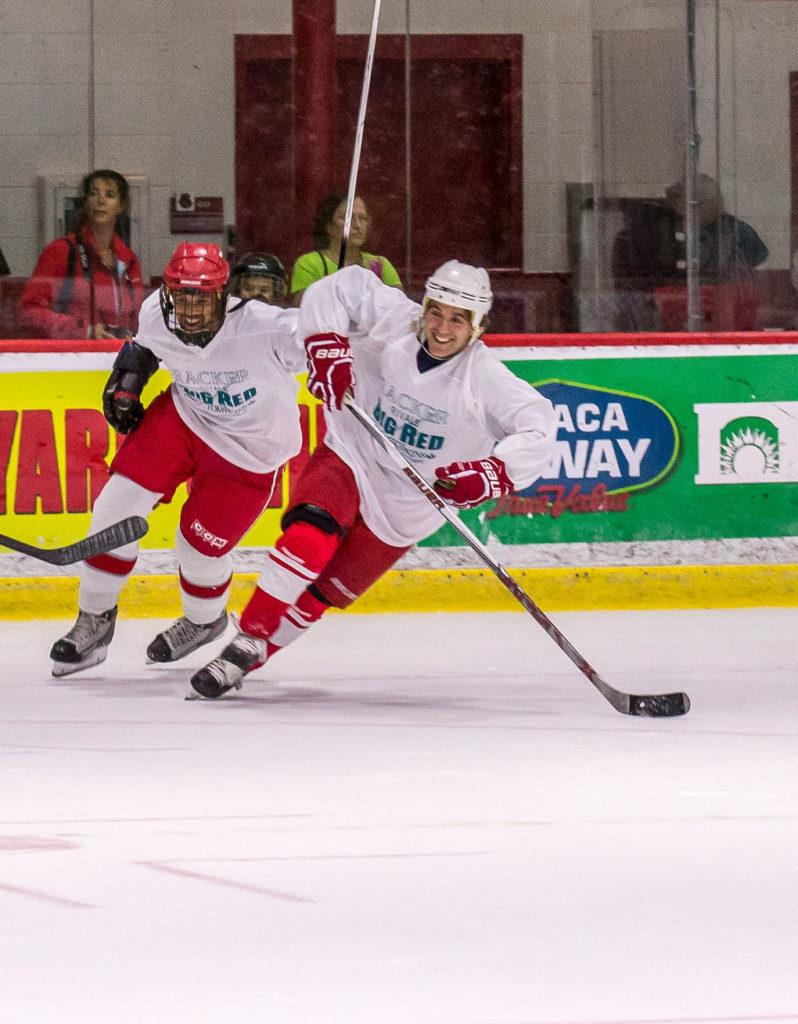 As Ouckama’s pledge captain, Bohn helped Ouckama raise money for the event. Bohn and Ouckama were in elementary school together, and they were brought together again while the Racker center was planning this event. Bohn’s wife, Ashley, is the marketing specialist at Franziska Racker Center and, growing up, Bohn used Racker’s services for physical and occupational therapy.

Each player in the event set up a fundraiser online. Ouckama’s goal was to reach $500, and he exceeded his amount by 305 percent, raising a total of $1,525 with help of 37 donors. Ouckama and Bohn raised the fourth-highest amount in player pledges. In total, the event raised $120,079.60 through ticket sales, online player pledges, private donations, sponsorships, merchandise sales and a silent auction.

Bohn said the crowd of approximately 2,000 people was happy to see that most of the players were representatives of the community.

Senior Scott Halpern, a member of the men’s soccer team, said Ouckama takes a lot of pride in the Ithaca community.

“He’s very committed and passionate about the Ithaca community,” Halpern said. “He loves hockey a lot, and when he gets the opportunity to get out there and play, he takes full advantage of that.”

Ouckama said he was honored to be a part of the event.

“The best part of the event is being around the people there in the locker rooms, working for a great cause,” Ouckama said. “Everyone at the Racker Center is just so fantastic. They are doing a fantastic job there. My hat’s off to them and not only what they do, but the way they do it. They are some of the most supportive and greatest group of people I have ever met.”