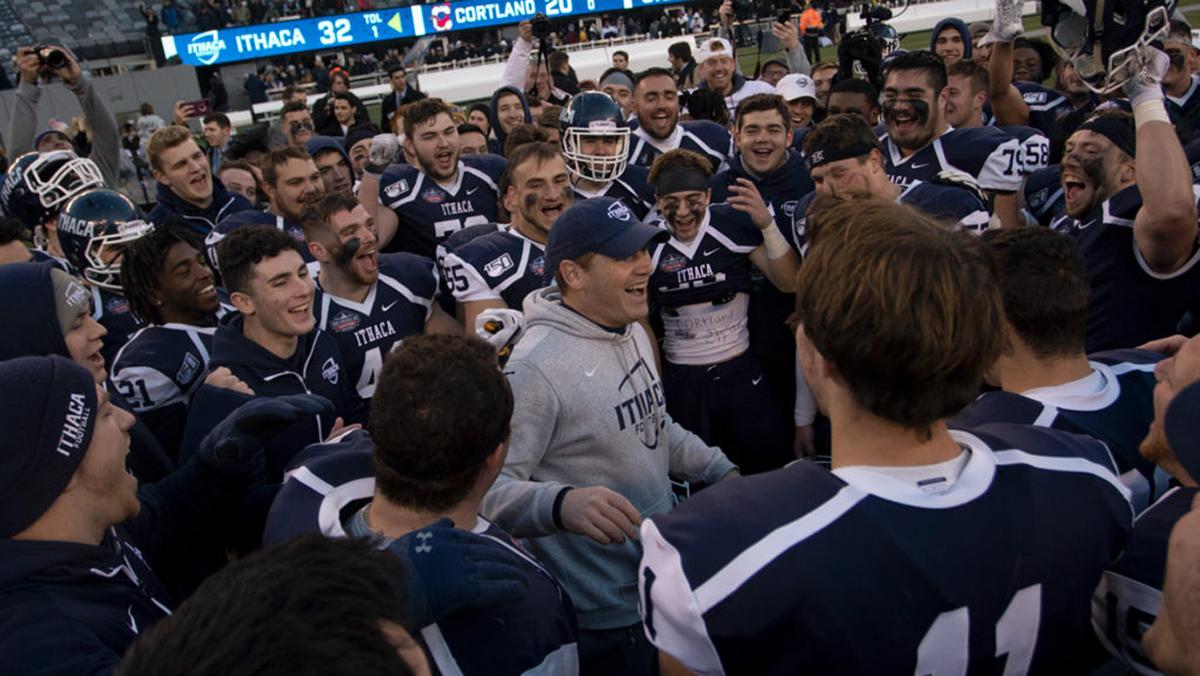 Abbey London/The Ithacan
Ithaca College head coach Dan Swanstrom is leaving the football program to return to the University of Pennsylvania. The coach led the Bombers to a 32–11 record in four seasons.
By Tommy Mumau — Sports Editor
Published: January 25, 2022

Ithaca College head coach Dan Swanstrom is leaving the football program to become the offensive coordinator for the University of Pennsylvania.

A Jan. 24 announcement from Ithaca College stated that Swanstrom’s final day with the team will be Jan. 31 and he will start his new role Feb. 1. He will be returning to the university he coached for prior to becoming the Bombers’ tenth head coach in program history Dec. 12, 2016. Swanstrom was the quarterbacks’ coach and recruiting coordinator for the Quakers from 2014 to 2016. The coach led the Bombers to a 32–11 record and a .744 winning percentage during his four seasons on South Hill. This is the best mark in program history, ahead of Jim Butterfield’s .743 winning percentage in 27 years on the sidelines. Swanstrom helped guide six players to 10 All-American awards during his tenure, according to the statement.

“I can’t put into words how special my time at Ithaca has been,” Swanstrom said in the announcement. “I would like to thank the players, coaches and fans for the cherished experiences and the meaningful relationships.”

The statement said that the college will hold an “immediate national search” for its next head football coach and that current assistant coach Mike Hatcher will be the interim head coach until the hire is made.

“I have every confidence that we will attract an excellent pool of qualified candidates and identify an exceptional head coach,” Susan Bassett, associate vice president and director of the Office of Intercollegiate Athletics, said in the announcement. “Every aspect of why a talented person like Coach Swanstrom was attracted to this position at Ithaca College five years ago is enhanced and I know that what is fundamental to our rich tradition of success in athletics is as true today as at any time. I expect to work with speed and efficiency to conclude our search.”