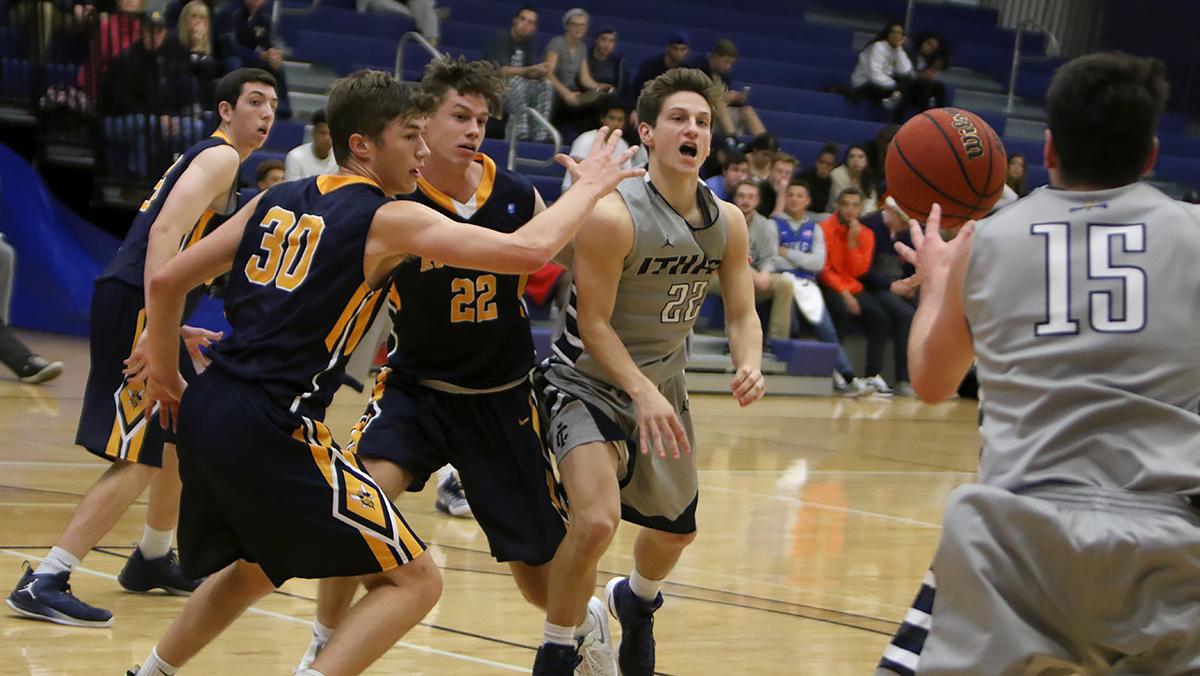 The Ithaca College men’s basketball team lost its opening game in overtime to the University of Rochester YellowJackets 104–94 Nov. 15 in Ben Light Gymnasium.

The beginning of the first half was played at a ferocious pace, as the teams combined for 59 points in the first ten minutes of the game. The Bombers built a lead as large as 12 points, but in the final five minutes of the half the YellowJackets cut the Bombers lead to one point.

With just over four minutes left in regulation, the Bombers were up 80–79. In the last four minutes of the game, the lead changed four times before the teams found themselves deadlocked 90–90 at the end of regulation.

Freshman forward Gabe Perez-Ronchetta also had a solid performance in the first game of his collegiate career. The Miami native chipped in 12 points, including three 3-pointers, as well as four rebounds, two steals and one block in 26 minutes of work.

The Bombers return to action at 8 p.m. Nov. 18 when they welcome St. Joseph’s College to South Hill as part of the annual Cortaca Classic.