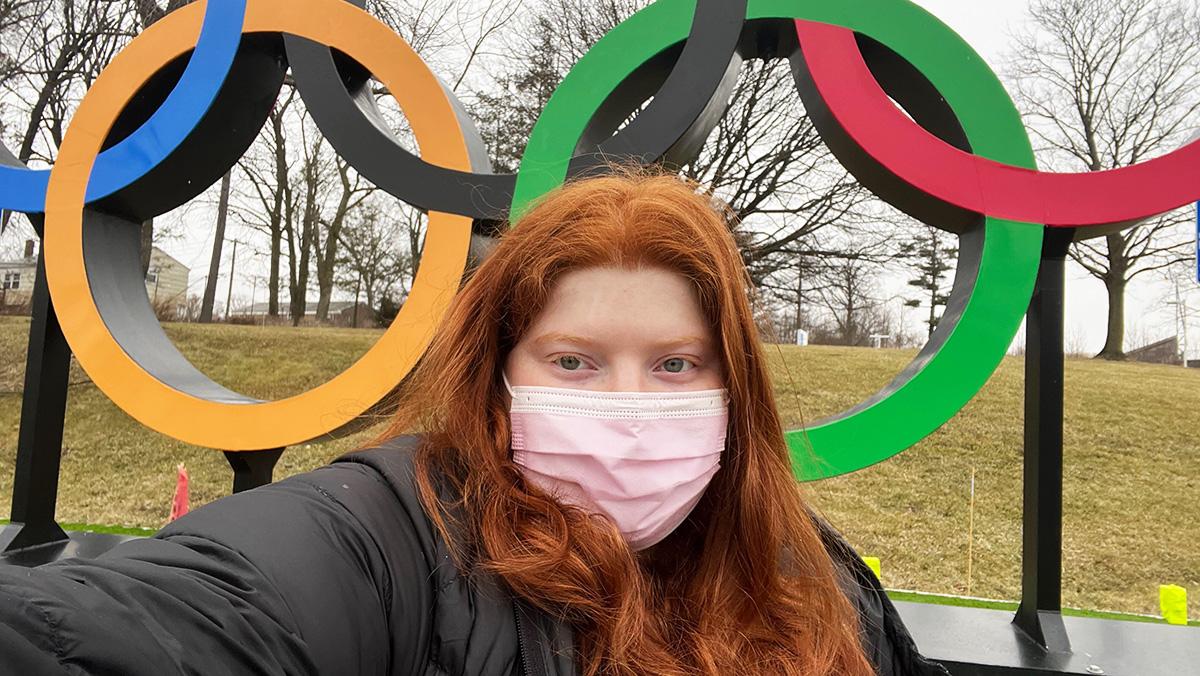 Junior Rachel Paskowitz, station manager for Ithaca College Television, had the opportunity to intern at the Beijing 2022 Winter Olympics. Paskowitz, who is majoring in television-radio with minors in journalism and sports studies, worked at the NBC Sports Group Headquarters in Stamford, Connecticut, as a production intern from Jan. 30 to Feb. 20. NBC usually organizes an internship program through the college, but did not this year due to the COVID-19 pandemic, prompting Paskowitz to apply directly with NBC.

Paskowitz has been heavily involved in the college’s student-run television station since the fall of 2019, her first semester at Ithaca College. Since then, she has held many positions that have given her the abilities and experience that she needed for this internship.

Contributing writer Liam Shields spoke with Paskowitz about what the internship was like, what she learned and how ICTV prepared her for it.

Liam Shields: What are some of the positions that you have held at ICTV?

Rachel Paskowitz: When I first started out, I was working as a camera operator and I was also working in the control room, whether that was chyron or Stillstore. I really found that I was more interested in technical directing and directing … also the engineering aspect of everything. In my sophomore year, I started going for more of those positions. I think that’s really where I found my calling in television. After that, I applied to be on the executive staff for master control. From there, I started working more heavily in the sports department. Now I’m the station manager and I work as a student engineer.

LS: How did your time at ICTV help you in this internship?

RP: I learned new terminology and learned about the signal flow of everything. Just understanding how a production works from beginning to end. It’s obviously nowhere near up to the scale of what NBC does, but just having that foundation really helped me apply it over there. … I was very nervous going into it because I didn’t know what I didn’t know, but when I got there, I felt a lot better and it’s very similar to what we have here [at ICTV].

LS: What did you enjoy most about working at the Olympics?

RP: I’d say just the people and the product we were putting out. It was just very cool to see how it all tied together after hours of tireless work … I liked the team that I worked with, so that made the long hours better.

LS: What were some of your responsibilities?

RP: I was a production intern for curling. I’d say my internship was a little bit more unique compared to most interns. I was originally assigned to do logging for hockey, but things shifted around because of COVID-19 and I was then moved to curling. I had no experience with and had no knowledge of it before. I kind of came into it just ready to learn. I feel like with most interns, they were either runners or they were assigned to logging. With mine, it was just very open-ended. It was more just what the producers wanted me to do, so it was more of a production assistant [job]. It really depended on the day. A lot of the time I was inserting graphics. I was also doing time codes, so you could send segments to primetime TV, so they know when stuff happens within the games and if they want to pull it into their show. Very tedious tasks, but very important for overall production. It was a very cool experience.

LS: What did you learn from working at the Olympics?

RP: I learned a lot of networking skills. I was very nervous at the beginning because I didn’t want to bother people. Just understanding interpersonal relationships at work and how to navigate that and not be a bother for people. I’d say also the technical skills because I think every major company has their own software and systems that they use. Same general principles, just different software. Learning that was a challenge, but I think I overcame that.

Students intern at the Olympics