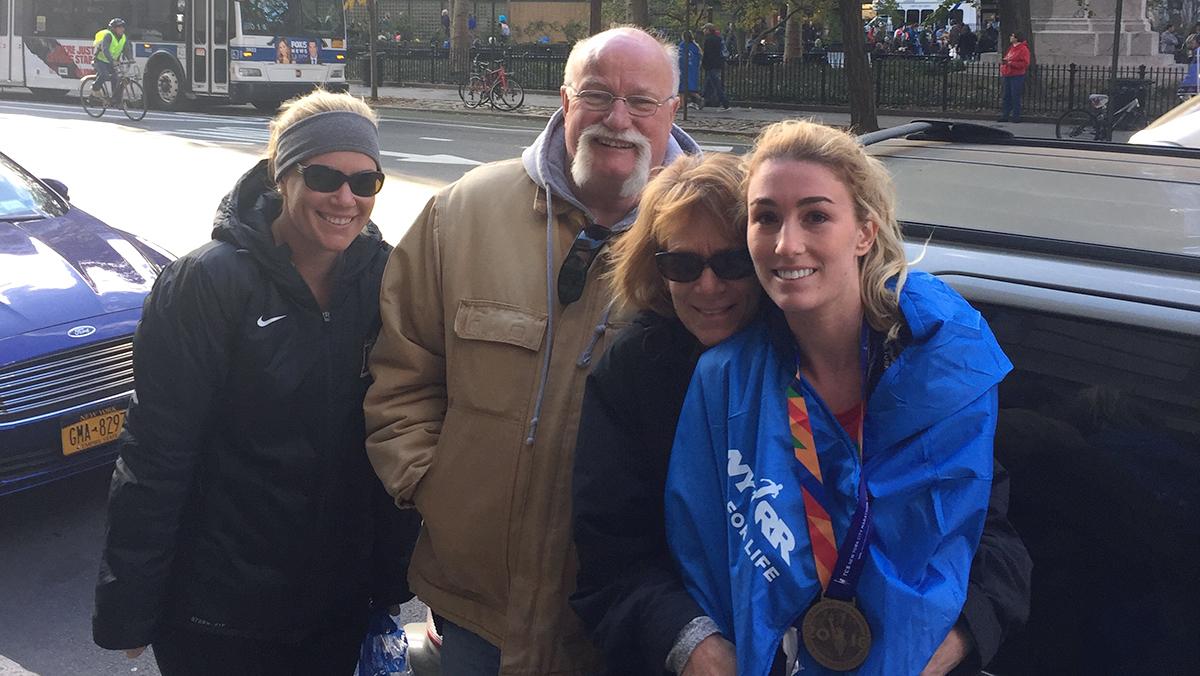 PHOTO COURTESY AMANDA AUSSEMS
Amanda Aussems with her family after finishing the New York City Marathon on Nov. 6. She raised $2,500 for Playworks, a national nonprofit that focuses on teaching kids through play.
By Danielle Allentuck — Sports Editor
Published: January 23, 2017

When Amanda Aussems, a fifth–year physical therapy student, trains for a marathon, she has more on her mind than just her running form.

Aussems raises money during her training for Playworks New York/New Jersey, a national nonprofit that focuses on teaching kids through play. The organization does this by teaching them games that will get their minds going, get them physically active and teach them conflict resolution. Playworks also believe in inclusive play and encouraging boys and girls to play together. She ran the New York City Marathon for the second time Nov. 6 for Playworks.

“I think it’s a great charity to get involved with,” Aussems said. “I think it’s really important, especially nowadays. I don’t feel like kids get out enough.”

The first time Aussems ran the New York City Marathon in 2013, she raised $1,000 for Playworks and placed first in the 19-and-under age group. This past November, she raised $2,500. Aussems said she raised money through bake sales, friends, family and a local bar she was working at.

Playworks Development Associate Melba Fidalgo said the marathon is the biggest fundraiser of the year. This is the fourth year Playworks has had runners raise money for the organization. Fidalgo said Aussems did an excellent job fundraising.

“Her efforts were just amazing,” Fidalgo said. “To be in school and running the marathon and fundraising is just amazing to see her do that.” 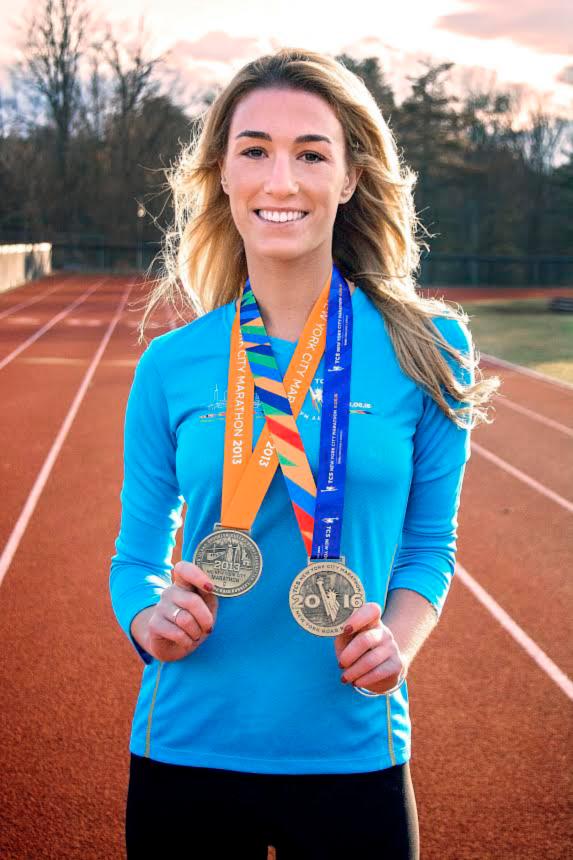 Aussems began her running career as a sprinter on her high school’s track and field team. In her sophomore year of high school, she began running longer distances with her mother, a marathoner. Aussems said training with her mother helped save her passion for running.

“Although I loved sprinting and I loved doing track, I had so much pressure put on me by my coaches that it was ruining my love for running,” she said.

She has since completed six half–marathons. Aussems said training in college was challenging at first, but she learned to adjust her schedule as needed.

“It was tough for me, coming to college and not playing a sport,” Ausses said. “I kind of felt lost. …  And that’s really where my running started to blossom, and I really put a lot of time and energy into it.”

At first, she said, she was running 10–12 miles a day, but she realized that was not healthy for her body. So she tailored her training to reflect how her body was feeling and reserved her long runs for weekends when she has more time.

“Running is a mental process,” Aussems said. “It’s all a mental game, so as long as my mind is in it, I’m going to have a good run. I’ve learned that when I’m not feeling it, maybe I shouldn’t push it and really try to listen to my body.”

In the winter, she said, she utilizes the indoor track in the Athletics and Events Center when it is too cold to run outside. She also uses hot yoga to cross–train and allow her body to relax and recover.

“I was just really, really proud of her, and it felt nice to be a part of the journey getting her there,” Kobvack said. “Amanda is probably the most dedicated, hardworking individual that I know, and whatever she sets her mind to, whether it’s her running or school, I know she’s going to be great.”

Aussems hopes to qualify for the Boston Marathon soon, and it is her dream to compete in races around the world. For now, she is content with just running anyway and anywhere she can.

“Running is my outlet,” Aussems said. “It is a way for me to escape the stress of college and the pressure. It’s my way to relax and let my mind wander. I really love running.”