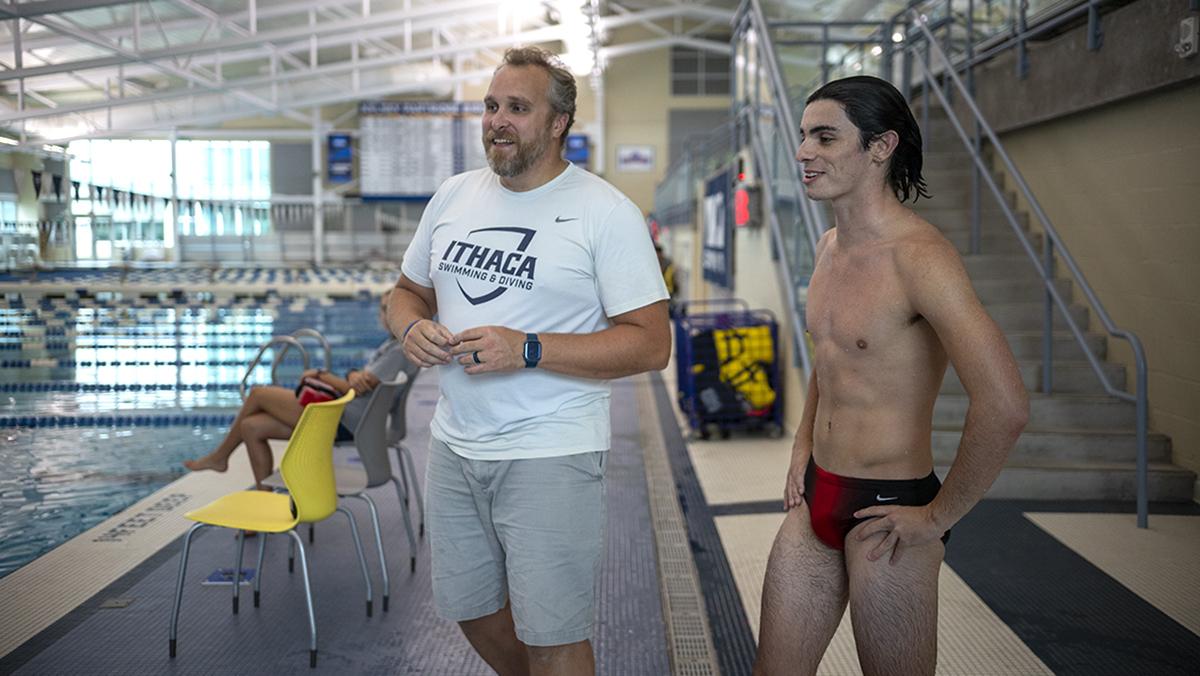 While Ithaca College students work busy schedules, they may not have time to partake in physical activity. However, the physical activity, leisure and safety (PALS) program classes give students a chance to unwind and relax with various activities.

PALS offers students a wide range of classes that teach them new skills and the opportunity to get hands-on with activities they may not have had the chance to ever partake in. Currently, 28 PALS classes are being offered in Fall 2022, according to HomerConnect.

Patrick Lewis, associate professor and chair of the Department of Recreation and Leisure Studies, has been at the college since Fall 2012, but has served in his current position for the past five years.

Lewis said the college’s support for programs like PALS is essential, noting the benefits it brings to students’ mental and physical health. Studies conducted on the effects of exercise on an individual’s mental health have shown that exercise helped reduce sadness, anxiety and depression in individuals during the pandemic.

“I’m optimistic and hopeful that as things progress here that this can continue to find footing and grow and thrive,” Lewis said. “I truly think it is critically important and hopefully remains an area of emphasis for the college.”

“We’re just coming out of these weird times in our lives,” Lewis said. “Getting this opportunity to engage our minds and our bodies in a different manner — it’s so critically important.”

One of the classes taught in the program is springboard diving. Chris Griffin, aquatics coordinator and diving coach for the men’s swim team, was a diver during his collegiate days at SUNY Cortland before graduating in 2005. Now in his seventh year teaching the class and eighth as a coach at Ithaca College, Griffin said the class is about gaining experience and knowledge.

Griffin said the class has five categories of dives: front, back, reverse, inward and twist. Once a student feels confident in these skills, at the end of the semester, they will put them into action. Both students who have dove before and those who are new to diving are in the class.

“It’s definitely intense; it gets people outside of their comfort zone,” Griffin said. “But I think there’s also a lot to be learned by putting yourself in things that challenge you mentally and physically.”

“We want all the students to at least take something away from this class that helps them to understand how the game has actually been played or supposed to be played,” Raymond said. “So when you’re watching and as a fan, you better understand what the officials are actually watching and looking for.”

Raymond said some of the participants in the class are basketball die-hards, while others are just learning about the sport for the first time.

“It’s a great opportunity for seven weeks, to do something that’s fun,” Raymond said. “They get a little exercise, run up and down the floor and experience something from a perspective they never thought they would.”

One of the students in the class is senior Liam Spellman, a guard for the men’s basketball team, who has gained a newfound respect for the referees for the job they do.

“It’s a lot harder than it looks,” Spellman said. “Just off the first couple classes, there’s a lot to remember. You have to remember hand signals, who committed the foul, and you have to do it quickly. They have a very tough job.”

Raymond offers a coach’s perspective to the class. An actual official named Vic Torregiano is brought in to help teach students the rules of basketball officiating. Raymond said Torregiano has been assisting with the class for the last ten years.

While Spellman is a student-athlete, he said he has enjoyed taking a class with people who do not play basketball.

“There’s a couple of guys I know from the [Roy H.] Park School [of Communications] that I mess around with since they’re just trying to learn it,” Spellman said.

While students may be hesitant to join something they’re unfamiliar with, Lewis encourages students to step out of their comfort zone, and they may find something interesting.