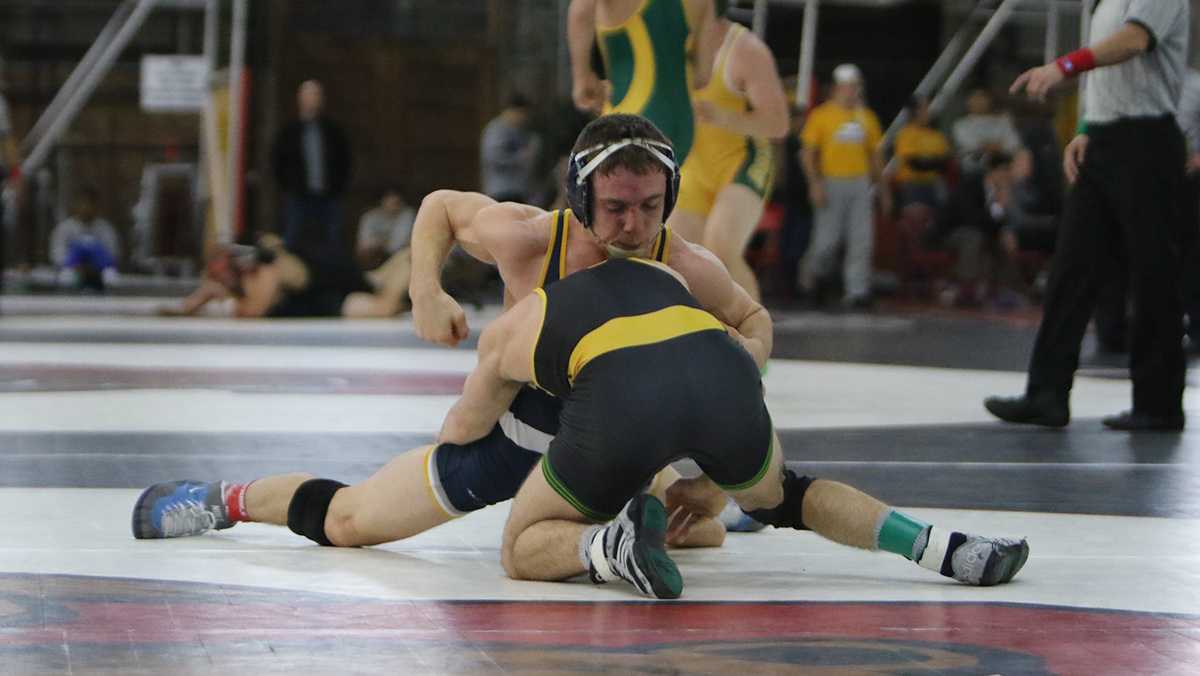 Junior wrestling captain Jimmy Kaishian doesn’t need to be the biggest or strongest wrestler on the team to make the biggest impact.

Through his hard-working nature, his determination and motivation to push not only himself but his team to new heights, head coach Marty Nichols said Kaishian has risen above the standards of a wrestler at Ithaca College.

“He’s a guy we really count on to lead our team,” Nichols said. “He’s a very important link to our success this year. He’s looking out for everybody and this team first.”

When Kaishian arrived at the college in Fall 2013, he took the wrestling team by storm by posting a 20-plus win season, placing in four tournaments along with a second-place finish at the NCAA Northeast Regional Championships while also earning his first trip to the NCAA Division III Wrestling Championships.

Kaishian finished his 2014–15 campaign by boasting a 29–9 record and qualifying for the NCAA Championships for the second consecutive year by finishing first at the NCAA Northeast Regionals.

Nichols said juniors typically only earn spots as captains if they are able to lead by example while also being able to communicate effectively with the team. Since the 2012–13 season, there have been two junior captains on the squad. By gaining the respect and support of the coaches and wrestlers in the room, Nichols said Kaishian has become a key part of the team’s chemistry and success.

Raised in Yorktown Heights, New York, Kaishian’s first sport was not, in fact, wrestling. Kaishian said he was originally a lacrosse and basketball player but was drawn to wrestling in ninth grade when a friend encouraged him to try it out.

Kaishian said he didn’t see his career in lacrosse or basketball leading anywhere, and when the opportunity to wrestle came, Kaishian pounced, instantly finding success and starting for the varsity squad as a freshman in the 103-pound weight class with no prior experience.

“Initially, I was learning how to not get pinned, and suddenly I started winning,” Kaishian said.

Kaishian’s success his freshman year of high school helped sparked his interest in the sport while also gaining respect from his coaches and fellow wrestlers, who now wrestle at top schools like Binghamton University and Lehigh University.

“Seeing the success was key to my motivation,” Kaishian said. “I saw it as an opportunity to be great at something.”

Kaishian finished his career at Yorktown High School with 117 wins, third all-time in the program’s history. Ahead of Kaishian on the list is his current roommate and former Bombers’ wrestler, Steven Sabella, who is currently completing a semester at Tompkins Cortland Community College. Kaishian also recorded third- and fifth-place finishes at the sectional tournament his junior and senior years, respectively.

By seizing the opportunity that his friend had opened for him his freshman year of high school, Kaishian developed a strong passion for the sport, one that would eventually grow as Kaishian decided he would pursue wrestling at the collegiate level.

But when it came time to choose a college, Kaishian said Ithaca College didn’t appear on his radar until halfway through his senior year. Considering Wilkes University, Springfield College and not wrestling at all, he went to his high school coach, John Tornambe, for some guidance.

Kaishian said Tornambe had been interested in coming to the college but did not have the grades. However, Tornambe told Kaishian he had the potential to be accepted, and after Nichols showed him around, Kaishian said he knew he would wrestle for the Bombers.

Kaishian said one important factor for being successful at the collegiate level was finding the right teammates to train with, such as senior Henry Beaman and former three-time All-American wrestler Alex Gomez ’15. Kaishian said while the personal success is great, it is the success of the team that matters to him more.

“The goal is to win a national championship,” Kaishian said. “It’s not enough to just be an All-American.”

Senior and fellow captain Eamonn Gaffney said he admires Kaishian’s attitude and approach not only to wrestling on the mat, but to being an encouraging leader.

“He’s the hardest worker we have in the room,” Gaffney said. “Especially as a junior, it’s hard to step up into a captain’s role. He knows where he is and leads by example. He’s very vocal.”

Kaishian said he enjoys being a leader but loves being part of the wrestling family even more.

“It’s an honor, but at the same time, it’s intimidating,” Kaishian said. “The title doesn’t mean everything. I love my team, and I just want to do what I can to get us to our end goal.”