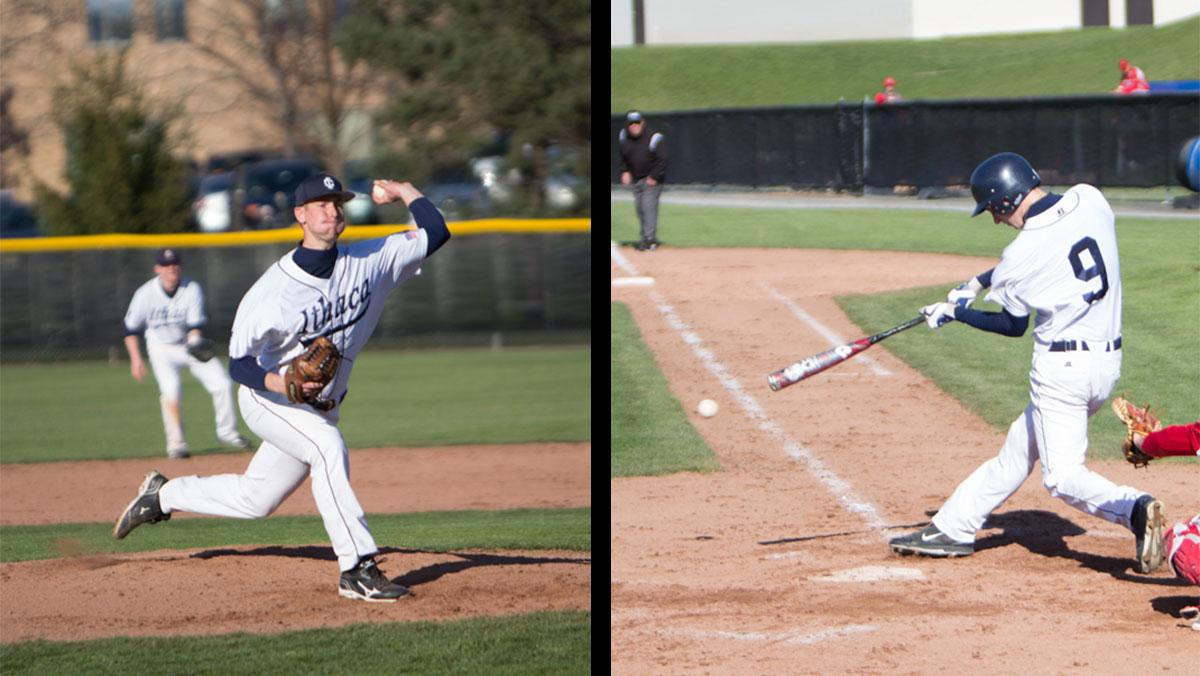 In the baseball world, there are many differences between being left-handed and right-handed. Although the majority are right-handed, left-handers have multiple advantages.

“If you’re playing five games, four times you will face a right–hander, and one time you face a left-hander,” Valesente said. “Hitters have more experience against right-handers because they face many more right-handers than they do left-handers.”

Sophomore catcher Jonathan Ripic is a left-handed batter on the team. He said he can remember when he began hitting as a leftie during his childhood.

“I started in Little League and messing around in the backyard,” Ripic said. “One day, I was batting left-handed and hit the ball harder than I did right-handed. That was probably in the fourth or fifth grade.”

Ripic also said being a left-handed batter comes to an advantage when playing on certain baseball fields.

“Lefties are going to hit towards right field than left, most of the time,” Ripic said. “Our team was playing in a ballpark that had a short distance to the right field. It made it nice because I hit the ball farther over the fence.”

Sophomore pitcher Chad Bartlett is one of the two left-handed pitchers on the team. He said being left-handed in college baseball brought him college recruitment benefits.

“In baseball, it’s a known advantage to be a left-handed pitcher,” Bartlett said. “As a righty, you have to throw low 90s, high 80s. As a leftie, if you’re throwing in the mid-80s, schools will look at you.”

“Left-handers traditionally have trouble throwing the ball straight,” Valesente said. “Basically, what it would do is it would tail away from the right-handed batter. Right-handers don’t have that natural tail in their fastball.”

However, there are also many downsides to being left-handed. Valesente said left-handers can only play four of the eight field positions: first base, left field, right field or center field. Meanwhile, right-handers can play all eight. He said this has to do with the way the players turn their bodies when they go to throw, catch and field the ball at these positions.

“They can look like they’re going to home, and then they can throw to first,” Valesente said. “Righties are more tied to turning quick and throwing to first or throwing to home, so the lefties have an advantage when it comes to that aspect of that. That’s a huge advantage because if a lefty has a good pick–off move, it’s hard to steal — it hampers your running game.”

Bartlett said despite the fact that he is outnumbered in the baseball world, he doesn’t take being left-handed as a bad thing.

“There are certain aspects of baseball where, as a leftie, I don’t even have to do the drills,” Bartlett said. “It is all the same when it comes down to it.”