Former student called up to play for the Los Angeles Dodgers 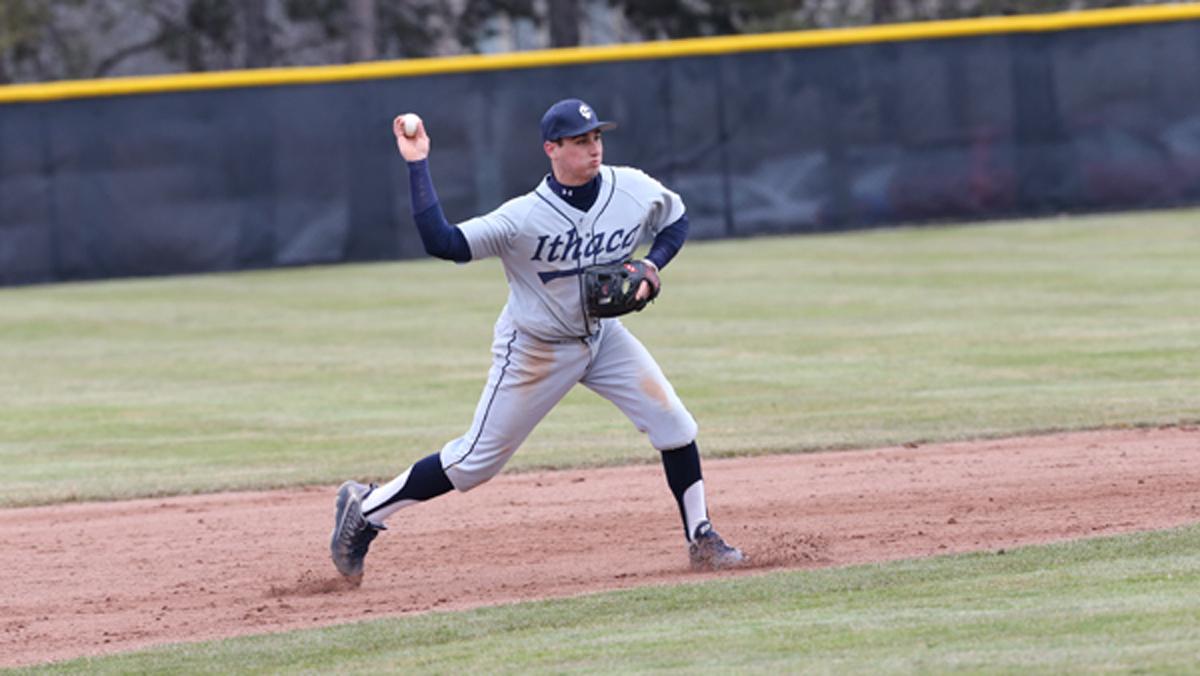 Since the baseball program started in 1931, 92 athletes have advanced to professional baseball, but only four athletes have made it to the major leagues. Before Locastro, the most recent player to make it to the MLB was Glen Cook ’86, who played on the Texas Rangers in 1985.

“A few of my buddies started jumping up and down,” Locastro said. “And then, after that, I called my parents, and I told them, ‘I got to tell you something, but I don’t want to tell you over the phone. I’ll be home in about five minutes.’”

Once he arrived home, Locastro’s mother, Colleen, said he told her and her husband the news. Locastro is from Auburn, New York, and was home because the Triple-A season ended mid-September.

The next morning while waiting for his flight out of the Syracuse Hancock International Airport, Locastro called baseball head coach George Valesente to tell him the news.

“I thought it was about time,” Valesente said. “He had such a great season and we were hoping that he was going to get called up a little earlier than it happened. I was very excited. I’m very happy for him. He has worked very hard and has dedicated himself to trying to do what he can do and it’s a wonderful reward for all his work.”

Locastro was supposed to arrive in Denver by 11:30 a.m., but due to delays, did not arrive until 4 p.m. He made it to the field in time for batting practice, but he was unable to receive his jersey until 6:01 p.m. because his name and number were being put on it. Locastro said he did not want to be late for the national anthem, so he buttoned up his uniform as he ran to the field.

Locastro sat in the dugout with the rest of his teammates until the eighth inning when he was called into the game. He was put in as a pinch-runner at first base for Los Angeles Dodgers’ shortstop Corey Seager. On the next play, Locastro advanced to second base when first-baseman Cody Bellinger grounded out for the third out. He played the bottom of the eighth as a left-fielder, but no balls came his way.

“As soon as they put him in, we were sick to our stomachs,” Colleen said. “We had our phones out, our cameras out. One person was videotaping. One person was taking pictures. It was just amazing.”

During the ninth inning on Sept. 30, the Los Angles Dodgers put Locastro in as a pinch runner for second baseman Chase Utley, who hit a double. After being put in, Locastro stole third base, but left fielder Chris Taylor hit a pop-fly for the third out.

Locastro said he was nervous playing the first night, but was able to relax for the second night.

“The first time, I was just happy to get out there,” Locastro said. “The score was a little out of reach. It was nice to get my feet wet. The second night, it was a little closer game, and I was able to get on and steal a base.”

He started his baseball career after being picked in the 13th round by the Toronto Blue Jays in the 2013 Major League Baseball Draft, which was the highest draft pick in the college’s history. In four years in the minor leagues, Locastro hit .293 with 24 home runs, 91 doubles, 330 runs scored, 171 RBI and 143 stolen bases. In 2015, he was traded to the Los Angles Dodgers.

The Dodgers promoted Locastro to Oklahoma City on Aug. 1 after he spent the majority of the 2017 season in Double-A with the Tulsa Drillers. In 31 games with Oklahoma City, Locastro hit .388 and recorded 10 doubles, 12 stolen bases and 18 runs scored in 115 plate appearances. In 96 games with Tulsa, he hit .285 and tallied eight home runs, 21 doubles, 22 stolen bases, 69 runs scored and 31 runs batted in 420 plate appearances.

Bill Hasselman, manager of the Oklahoma City Dodgers, said Locastro’s energy and speed will be a big plus that he can bring to the Los Angeles Dodgers.

“His talent and the speed he has is elite, and he puts that together with his smarts,” Hasselman said. “He does a really good job of knowing when to run, when not to run. He knows the game.”

Locastro, who played shortstop with the college’s baseball team, widened his defensive versatility after he was drafted by Toronto. As a professional baseball player, Locastro still plays shortstop, though his primary position is second base. He also dabbles with playing left, center and right field.

During his freshman year, Locastro started in all 32 games, with a .250 batting average for 14 runs batted in and one home run.

His junior season was his final one with the South Hill squad. Locastro set single-season records with 71 runs and 40 stolen bases. He started in 48 out of 59 games and had a .436 batting average for 13 doubles, six triples and four home runs. During this season, he was also named Empire 8 player of the year and helped the Bombers place third in the NCAA Division III Baseball Championships.

Valesente said that he could tell how much Locastro enjoyed the game during his time on the team.

“He was very positive all the time, and played very hard,” Valesente said. “He was one of those players that coaches really enjoyed because you never had to say anything to him about hustling or working harder or playing harder. He always did that. He just had it in his nature.”

Andrew Turner ’13, who played alongside Locastro as an outfielder on the baseball team, said that Locastro would lead by example both on and off the field.

“He always had a smile on his face and was always a happy-go-lucky guy,” Turner said. “Even when times were looking tough, he would always be the guy to rally up the troops and say, ‘We got this, we can do it.’ It was very rare if I ever heard anything negative coming out of his mouth.”

Since the Los Angeles Dodgers are in a playoff spot, Locastro is waiting to see if he will earn his spot on the 25-man playoff roster.

“I don’t think it happens that often where you go home for three weeks and you get the call that you’re going back to not even the minor leagues, but going up to the major leagues where you’ve never been before,” he said.