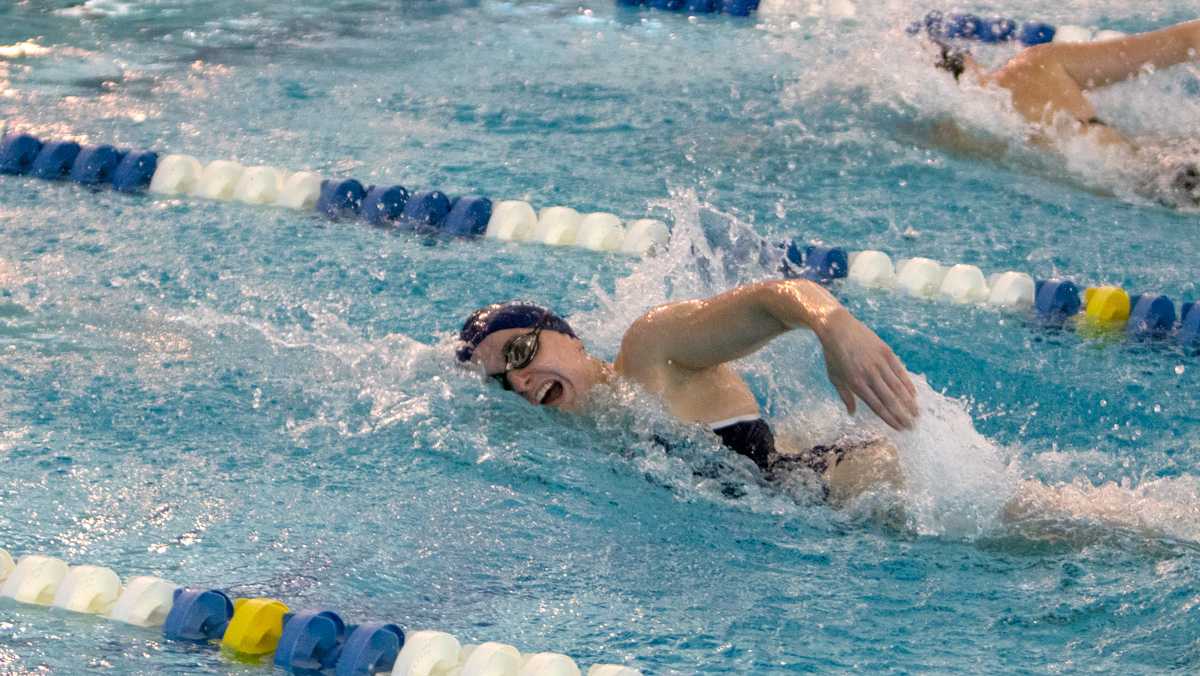 The Ithaca College men’s and women’s swimming and diving teams both ended with tough losses at home to Rensselaer Polytechnic Institute on Oct. 27.

The women’s team took second to RPI at the Liberty League Conference Championship last season. Unfortunately, they came up short again in an extremely close contest. The Engineers defeated the Bombers by only four points, with a score of 157–153.

The diving team had a strong showing, scoring a total of 29 points across the two boards. Senior Anna Belson claimed first in the 3–meter and 1–meter dives. She also qualified for the NCAA Regional Diving Championships in the 1–meter with her score of 260.70. Sophomore Jocelyn Pawcio took second in the 1–meter and third in the 3–meter.

The swimmers started the meet off on the wrong foot, taking second to RPI in the 200-yard medley relay. However, they quickly rebounded to sweep the 1000–yard freestyle. Sophomore Morgan Hoffman-Smith finished first by 46 seconds in a time of 10:52.58. She was followed by sophomore Katie Conte and junior Maura Beuttel.

Head coach Paula Miller was pleased with her team’s performance against such a strong opponent.

“It was a fight the whole way through,” Miller said. “It was a close loss, but everyone stepped it up. They weren’t anxious, they didn’t let down and just kept plugging away.”

The men’s team was defeated by the Engineers 204–96. Their only swimming win of the day came in the 50–yard freestyle. Sophomore Stanley Zaneski claimed the top spot with a time of 21.63. Junior Dan Meyers was third in 22.46.

Sophomore diver Justin Moczynski notched two more first place finishes on both the 1–meter and 3–meter boards with scores of 229.5 and 261.9 respectively. He won the 1–meter by 20 points and the 3–meter by 47 points.

Despite the wide scoring margin, the Bombers were swept by RPI in only three events. The Engineers claimed all of the top 3 spots in the 200–yard individual medley and the 100 and 200–yard breaststrokes.

Senior Jake Hewitt came through for the Blue and Gold in the distance events. He claimed second in the 1000–yard freestyle and third in the 500–yard freestyle. Hewitt also took third place in the 200–yard butterfly.

In the relays, the Bombers took second to the Engineers in the 200–yard medley and third in the 400–yard free.

Head coach Kevin Markwardt commended his team’s effort but knows what they need to improve on to succeed moving forward.

“Our guys competed really well,” Markwardt said. “They didn’t give up and fought all the way through. We got beat a lot by RPI though; they just touched us out in some close races and we need to do a little better with that.”