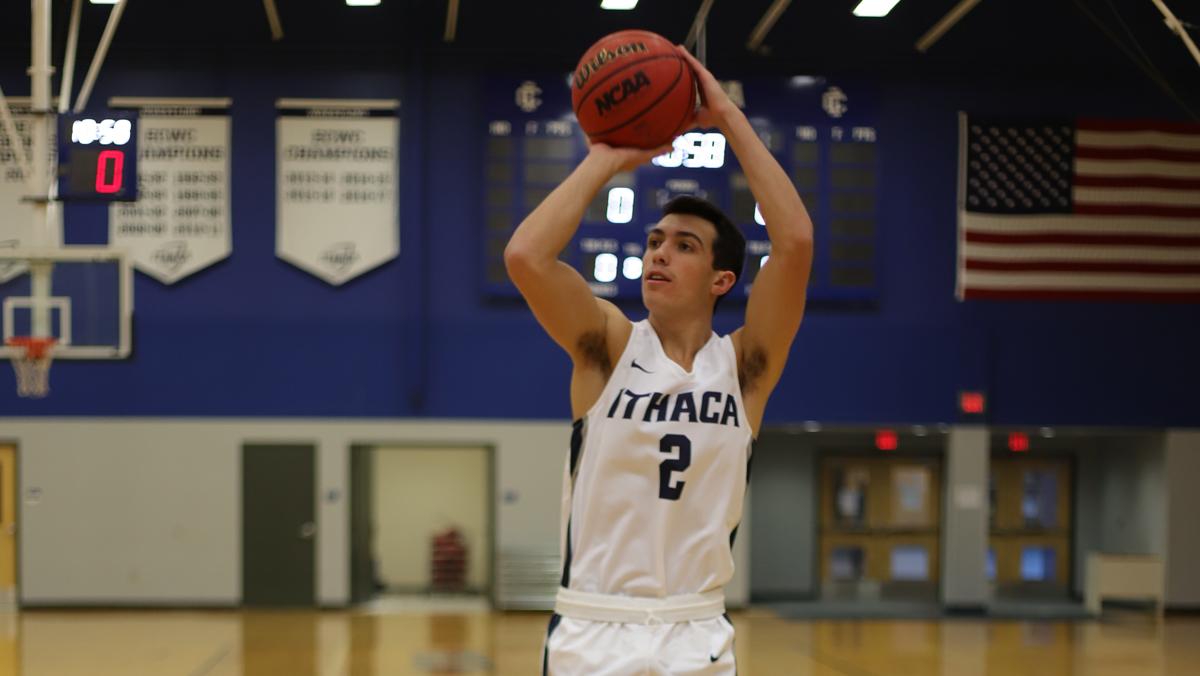 The team’s 2018–19 season came to a close after a disappointing loss in the Liberty League semifinal game against Gettysburg College.

Head coach Jim Mullins said the team identity of the Bombers this year will revolve around its depth of the roster, which includes many players he is confident to put on the court. He said he believes this is one of the deepest teams he has ever coached, and the roster may be the key for a successful season.

“As far as I’m concerned, this season’s playing time is there to be had, and spots are wide open,” Mullins said. “One of the nice characteristics of this team is there is literally no one on the team that I would be reluctant to put in the game. There has not been a lot of separation between players and the pack.”

Last season, the Bombers thrived on strong offensive play. Ithaca averaged 82.5 points per game compared to 77.2 during the 2018 season and 16 assists compared to 14.3 during 2018.

Defensively, they averaged an impressive 9.6 steals per game last season, converting 10.2 points per game off turnovers. Mullins said one of the points of emphasis for this season will be rebounding.

“Some coaches believe that rebounding is something ingrained and cannot be taught, but we are taking the approach that you can teach players to want the ball more than others, and that’s what makes a good rebounder,” Mullins said.

The team’s offensive game will have to shift this season with the loss of Matt Flood ’19. At times, the Bombers relied heavily on scoring on the 3-point line. Flood was at the forefront of that style of play. He was a 3-point shooter who made his collegiate career off making critical shots beyond the arc.

To be a serious Liberty League Championship contender, playing on the road will be a major determinant. The Bombers ended with a home record of 9–4 in Ben Light Gymnasium but tallied a record of 5–6 for away games. The team will open this season with six out of its first seven games as away competitions.

“If we are going to be intimidated by tough teams and having to travel a little bit, then we don’t have what it takes anyways because the rims are 10 feet high wherever you play,” Mullins said. “The best teams we have had always overcome difficult adversity.”

Senior captain Riley Thompson has been the leading scorer for the past two seasons. Thompson is the heartbeat of the Bomber offense. He earned All-Liberty League Second Team last season and recorded his 1,000th career point in the team’s win against Bard College on Feb. 15. After the loss of several key players, Mullins said that this season Thompson will inherit senior leadership roles.

“He is probably the best Division III 3-point shooter in the nation, so he is going to draw a lot of attention,” Mullins said.

Senior guard Sebastian Alderete started 26 out of the Bombers’ 27 games last season. He received All-Liberty League Honorable Mention midseason and finished the season with 445 total points. He said the loss of key players like Flood and forward Peter Ezema ’19 has motivated the current team to step up and fill the holes as the season approaches.

“I think we have a hungrier team this year,” Alderete said. “Other than Pete [Ezema] and Flood, we have everyone coming back this season. So guys know the ropes and what we’re capable of, so everyone’s holding each other to a higher standard.”

Sophomore guard Skylar Sinon is poised to fill the gaps that past players left. As a freshman, Sinon started 22 out of 27 games and was a key cog in the Ithaca offensive machine. Sinon was a maestro on the court, leading the team with 76 assists. Sinon said he is ready to take the next step in his basketball career and help deliver a Liberty League title to South Hill.

The Bombers begin their season on Friday, Nov. 15 as they travel to Elmira, New York, to play Oswego State.