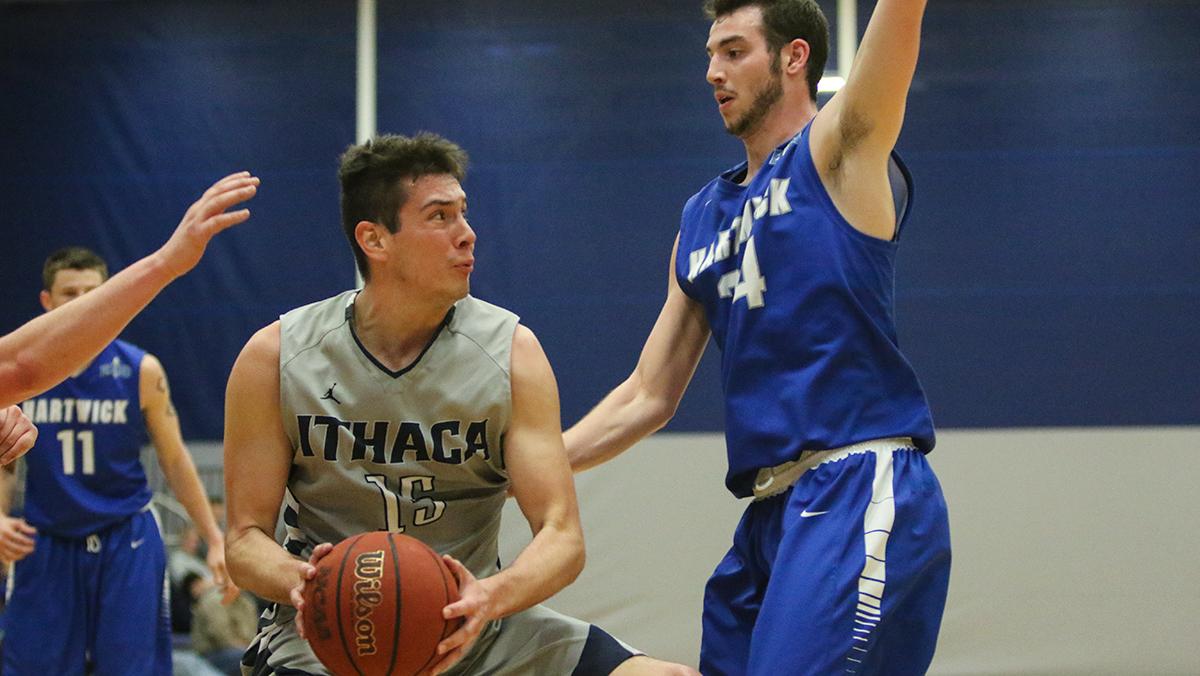 The last time the Ithaca College men’s basketball team faced off against Hartwick College, it took one overtime and 106 points for the Bombers to pull out on top. In a rematch on Feb. 11 in Ben Light Gymnasium, the South Hill squad once again proved victorious, defeating Hartwick 92–77.

Junior guard Carroll Rich said the team knew this was going to be a tough matchup.

“They are a very talented scoring team kind of like us,” he said. “They like to run and get out. Not to say they don’t play any defense, they are a very good defensive team with a very strong front court. But I think we just have two similar playing styles, we get into a shooting match.”

Prior to the game, the team honored junior guard Marc Chasin for getting his 1,000th career point on Nov. 19. Chasin is only the 22nd player in program history to reach that mark.

Freshman guard Riley Thompson opened up the scoring after nailing a 3-pointer. At the conclusion of the first half, the Bombers were ahead 43–36.

Hartwick opened the second half on a 5–0 run to tie the game at 43. The two teams traded baskets for several minutes the game was tied again at 51. The Bombers then held onto the lead and went on to win 92–77.

Head coach Jim Mullins said the work they put in now is preparing them for the future.

“This is why we are trying to emphasis the importance of our next four days, our two practices and two games,” he said. “Everything we do is a building block for tomorrow.”

Thompson had 14 points. He said throughout the season, he has gained more confidence in his playing.