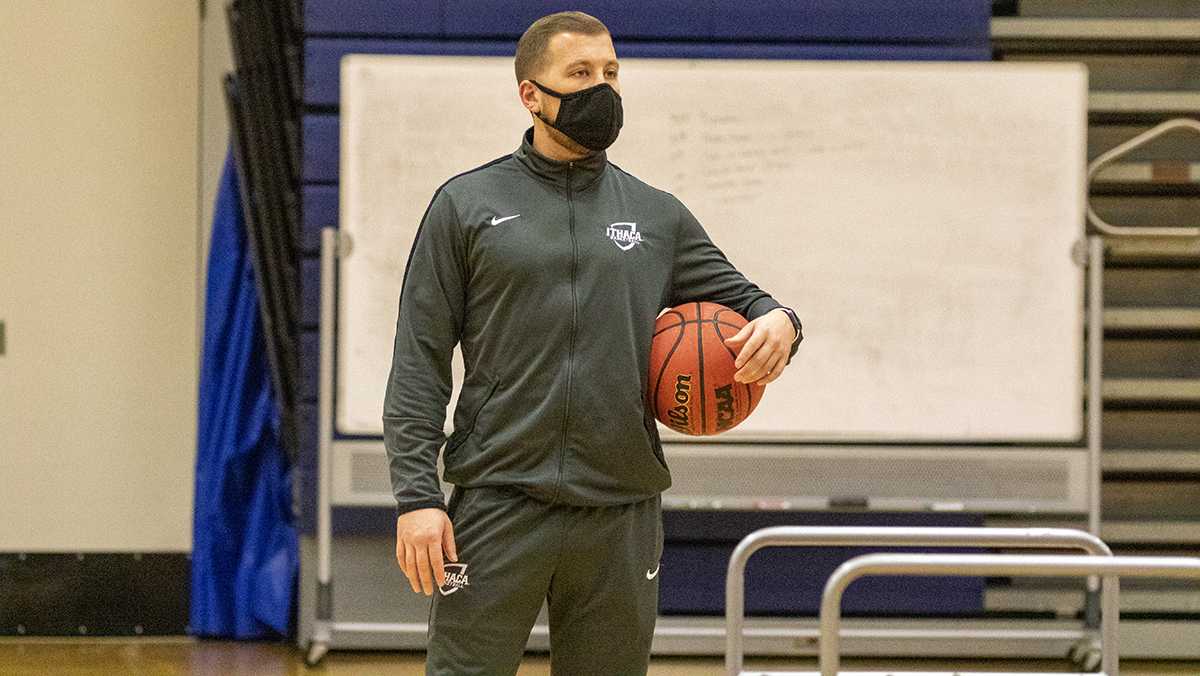 Burton led the Bombers as head coach for one season. The announcement, released April 26, did not include a reason for his resignation. Burton served as the assistant coach to former head coach Jim Mullins from 2015 to 2020 after playing for the Bombers from 2005 to 2009. During the 2019–20 season, Burton helped lead the team to a Liberty League championship and a first-round win in the NCAA tournament. Prior to returning to South Hill, he coached at Babson College and Utica College.

He was a two-time All-American and is third in all-time scoring with 1,736 points during his career. He also holds second in career assists and assists per game, third in career scoring average and 3-pointers made and fifth in steals. Burton went on to play professionally in the Iceland Express Basketball League. He was inducted into the Ithaca College Athletic Hall of Fame in 2019.

The college plans to launch a national search for a new head men’s basketball coach immediately. There is no mention of an interim coach in the announcement. Burton did not have an assistant coach this season other than student assistant coaches, first-year graduate student Sebastian Alderete and senior David Aiello.

“Everyone should please be assured that we are fully committed to our men’s basketball program and will conduct a rigorous national search for the next head coach of IC men’s basketball,” Susan Bassett, associate vice president and director of the Office of Intercollegiate Athletics, said in the announcement.