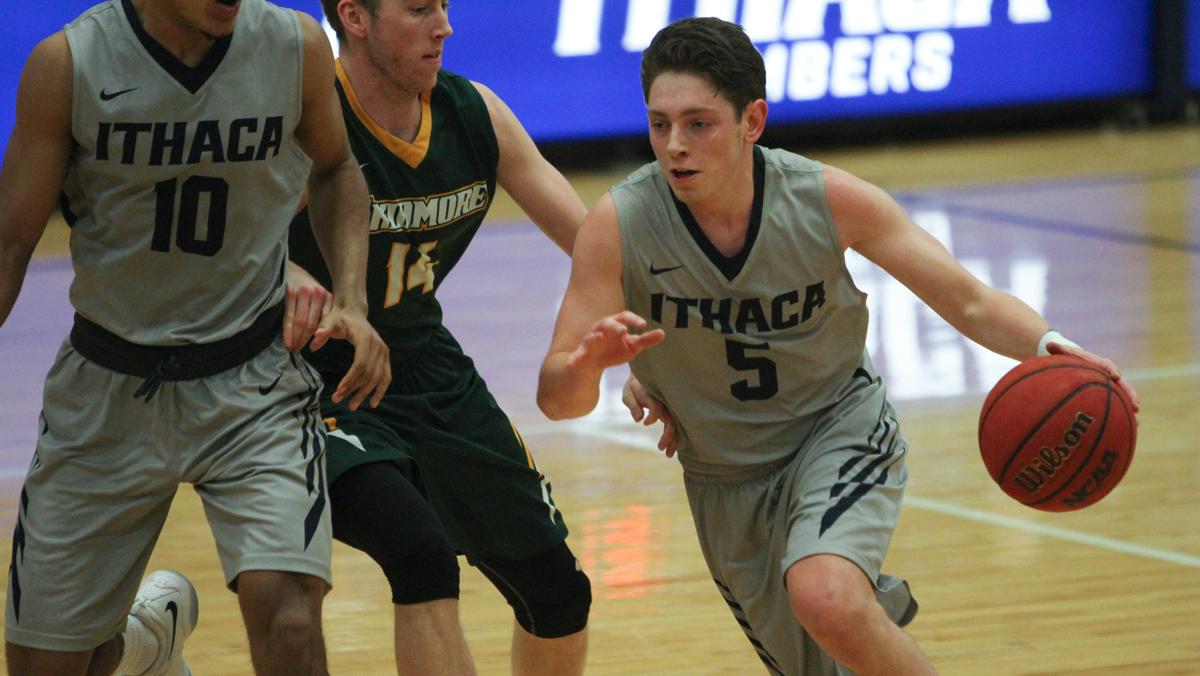 The Ithaca College men’s basketball team fell to Skidmore College 68–62 in the Liberty League Quarterfinals Feb. 20. The Bombers finish their season with a 15–11 record, while the Thoroughbreds improve to 14–11 and move on to the Liberty League Semifinals to face first-seeded Hobart College.

The first half was a close affair, as the score was 19–19 with 7:14 remaining. From that point forward in the half, the South Hill squad took control of the game, capturing a 9-point lead with 2:11 remaining in the half. Skidmore picked up its play and brought the score back within six going into the next half.

The second half was just as back and forth as the first half, and the game came down to the wire as Skidmore led 60–59 with 1:52 remaining. However, the Bombers were not able to regain a lead for the rest of the game and eventually fell by 7 points in the end.

Similar to the first half, the Bombers failed to contain the scoring power of Rupkus, and he finished the game with a game-high 39 points. Rupkus was perfect from the free throw line and shot 12 of 20 from the field.