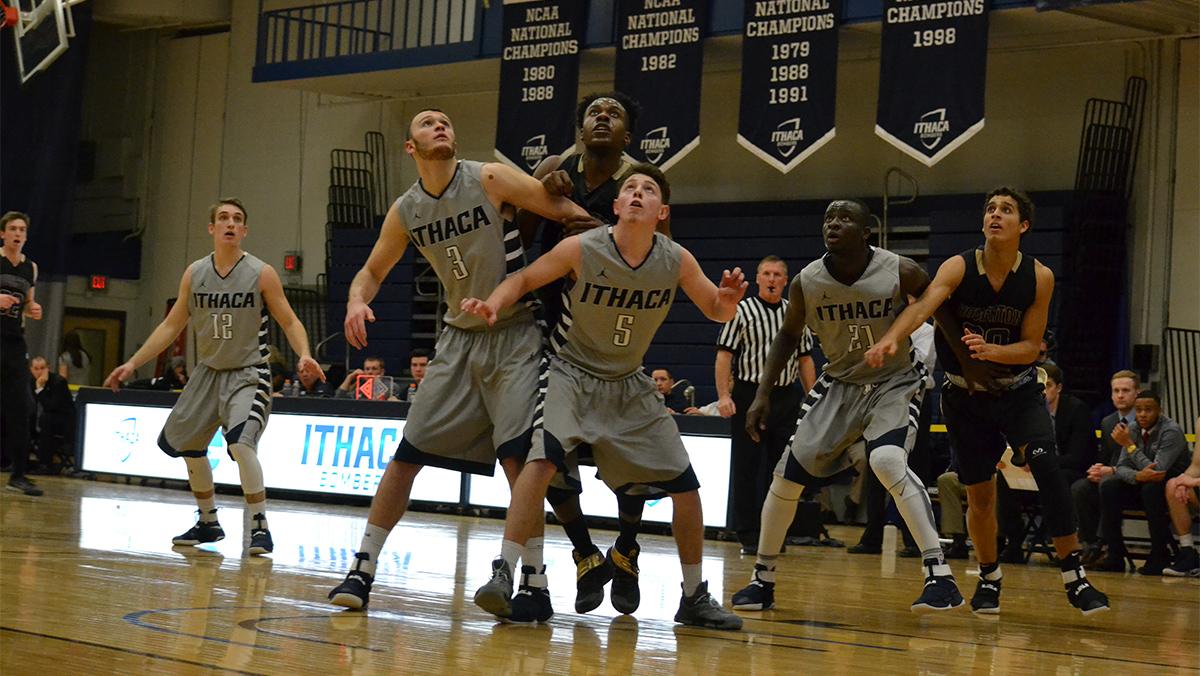 EVE MAHANEY/THE ITHACAN
Action stopped for a second on the court as the players from both teams watched the ball go in the basket. The Bombers defeated Houghton 105–73.
By Max O'Neill — Staff Writer
Published: February 17, 2017

Head coach Jim Mullins played the whole roster, especially because the South Hill squad’s lead kept increasing. One of those players was freshman guard Josh Green who scored a layup.

“It wasn’t my first,” Green said. “I got a couple baskets this season, but it felt good.”

The Bombers were led by Riley Thompson who had another great game, dropping 23 points and scoring a total of 124 points in his last 6 games. Thompson said the increasing trust throughout the team helped secure the win.

Junior guard Marc Chasin said the buzzer beater loss against Utica College Feb. 14 helped give the team momentum going into the game against the Highlanders.
“It definitely really stunk losing the way we lost the other day, but we just wanted to get a win and propel us into next year cause we have no seniors,” Chasin said. “We definitely are happy with the group of guys we have and we know if we work harder within the offseason and come back better and stronger, we will put ourselves in a good position to have a more successful season next year.”