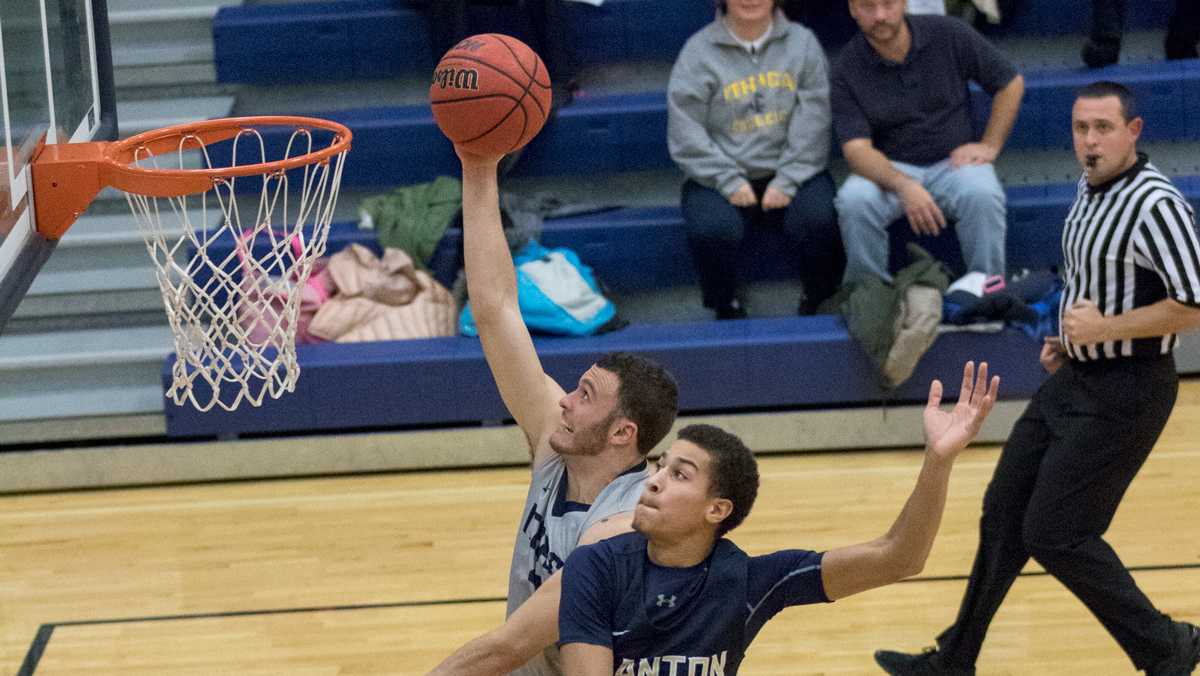 One summer afternoon in 2013, Jim Mullins, the Ithaca College men’s basketball head coach, saw a message come across his computer. It was one similar to hundreds he’d received from potential recruits over the years. But this one would have a lasting impact on the program and its recruiting going forward.

The message came from Manny Bloom, the basketball head coach at Gulliver Preparatory School in Miami, who had sent an email blast to somewhere between 50 and 100 schools to gauge interest in one of his players, Marc Chasin.

“I said, ‘Miami kid, he’s not going to want to come up here,’” Mullins said. “I watched the YouTube clips anyway, and I really liked what I saw.’”

Before receiving the email from Bloom, Mullins said, he barely ever looked to Florida for recruiting. He said he felt it would be difficult to get Florida players to buy into coming to the Northeast. After watching Chasin’s tape though, he said, he had no choice but to follow up.

Five years later, Chasin, now a senior at the college, is leading the Bombers with 14.6 points per game. Sebastian Alderete, a sophomore guard and fellow Floridian, is averaging 6.8 points in 17.4 minutes per game off the bench, and together, the two have created a pipeline for the college’s coaching staff to continue to find potential student-athletes.

“We’re in talks with a lot of recruits down there right now for the Class of 2018,” assistant coach Sean Burton ’09 said. “A bunch have applied, and they’re good players.”

Chasin said he wasn’t always sure the college was the place for him but said the visit to campus sold it.

“Obviously, I’m a Miami kid, and I’m looking around at the forest and the mountains, asking what am I getting myself into,” Chasin said. “The bus rolled into Ithaca, and I saw that it actually was more than just the sticks; I thought the campus was beautiful.”

Chasin, who had a chance to be a walk-on at a few Division I schools, including Florida International University, opted to take the Division III route in favor of academics and what he felt was a better fit.

There are no Division III basketball programs in Florida, so it was clear Chasin had to look outside the state if he wanted to play at that level. His other options in Florida included Division II, in which 13 schools reside, or NAIA, which has nine collegiate athletic programs.

At the Division I schools where Chasin could have walked on, he likely would not have seen playing time until his junior or senior season. He was also cognizant of the impact Division I basketball might have on his schoolwork.

“It would take away from my books and studies a lot more than coming here,” Chasin said. “When we’re in season, we’re practicing once a day, but we’re not going on these road trips where we’re out of class for a full week at a time.”

Since coming to Ithaca, Chasin has used his established reputation in Dade County to share his experiences at the college and help attract potential recruits.

“Marc’s in my office all the time,” Burton said. “We have a close bond, and I use him almost as a recruiting specialist for the area because he knows the ins and outs and has a lot of connections.”

Burton had the opportunity to bring in another Florida player, Alderete, from Miami Springs High School when Alderete’s name appeared on a Florida-Georgia recruiting report in 2015.

“He wowed me right away,” Burton said. “Highlight tapes can deceive you because they’re making all the shots, but you could just tell by the way he moved, his athleticism and the way he could shoot the ball.”

Alderete said his interest in physical therapy made the college a good fit.

“I decided that I wanted to be a [PT] major, and my mom has a family friend that graduated from Ithaca College, and he told me to look into it,” Alderete said.

Chasin provided an important perspective for Alderete on his college decision.

“Marc helped me with the process because I found out there was another kid from Miami that was actually getting playing time and doing well up here,” Alderete said. “It was nice knowing there was another Miami kid.”

Burton said there are several ways he finds potential recruits. He sifts through national and regional recruiting reports, attends Amateur Athletic Union tournaments and academic showcases, and in some lucky instances, players seek out the school as Chasin did, by sending a highlight tape.

He said funding and the college’s academic standing have made recruiting nationally easier.

“Fortunately enough, we have the budget and resources to get out across the country,” Burton said. “With our academics being the way they are, we can really focus on kids from the West Coast to down South to the Midwest.”

Chasin, who will graduate this spring, is currently the program’s seventh all-time leading scorer. While he was the first Florida player to make the journey up to South Hill, he does not think he will be the last.