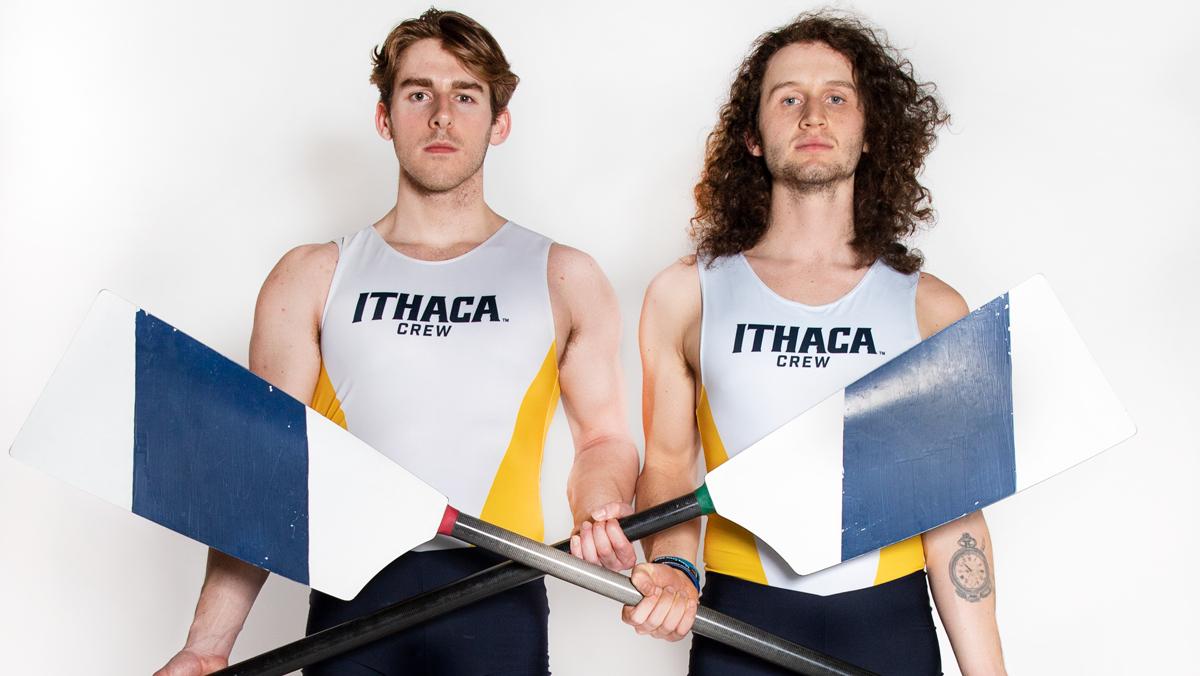 After qualifying three boats to the National Invitational Rowing Championship last season, the men’s rowing team is striving to reach the podium in 2020.

The team also competed in four invitationals in the fall. It was most successful at the Head of the Genesee on Oct. 5, in which the Varsity Eight, Second Varsity Eight and Novice Eight all brought home first place. Head coach Dan Robinson said the team took the winter season to improve on strength and conditioning.

“Wintertime is the less fun time because they’re just in front of the machines,” Robinson said. “They learn how to deal with their own fitness and push as hard as we can. Winter is your passage: Are you ready to race? And can you be mentally and physically ready to train hard?”

Senior captain Hunter Flamm said the team had one of its strongest fall seasons he can remember since his freshman year.

“We performed really well with some teams we hadn’t been close to before,” Flamm said. “That was back with an extremely motivated freshman class that brings a lot to the table. I think heading into spring, we’re hoping we can carry over a lot of that momentum from the fall.”

Robinson said the team’s biggest goal is to have boats win at the New York state championship regatta, which will be held at 8 a.m. May 2 in Saratoga Springs, New York.

“We just want to get there,” Robinson said. “We have a list of rivals on our schedule that we want to beat.”

Robinson said he considers Hamilton College, Rochester Institute of Technology and Marist College to be the Bombers’ biggest rivals. He said that because there is no NCAA management of men’s rowing, the line between Division I and Division III is significantly less defined, which allows the Bombers to compete with larger universities.

Senior Andy McCabe said that this year’s team has a larger group of senior leaders than there have been in the last four years and that this has been a big asset for the younger athletes.

“We’ve been working since freshman year at winning states, and that’s our biggest goal,” McCabe said.

Flamm said that having novice athletes on the team sets the Bombers apart from their opponents. Three of the six seniors on the team this season began their careers as novices.

“We give guys a chance that come from pretty diverse backgrounds in terms of their athletic experience,” he said. “They can channel their experience into a sport that’s not like anything they’ve done before, and by the end of the year, they can actually be competing with people who’ve rowed before.”

Robinson said there are several freshman athletes who he expects will be contributors for the squad this season. He said freshmen Jacob Lentz and James Ross have chances to be on the Varsity Eight boat at some point during the season. McCabe said one of his personal goals is to inspire a passion for crew in the younger athletes.

“I want to impart on the next classes that this is something you can get into and build on,” he said. “Hopefully we get a lot of the [underclassmen] to really step up in the spring and work really hard knowing that they have this future in it.”

The Bombers will kick off their spring season at the Cayuga Duals at 9 a.m. March 28 on the Cayuga Inlet. They will face top-ranked teams Hobart College and Cornell University, and McCabe said this will be an important starting point for the team.

“We always start our spring with that race,” he said. “Hobart’s always been the best team in our area to compare ourselves to. They’re a high-level program that we’d love to be competitive with. That’s always fun to start with the best competition we’re probably going to see.”