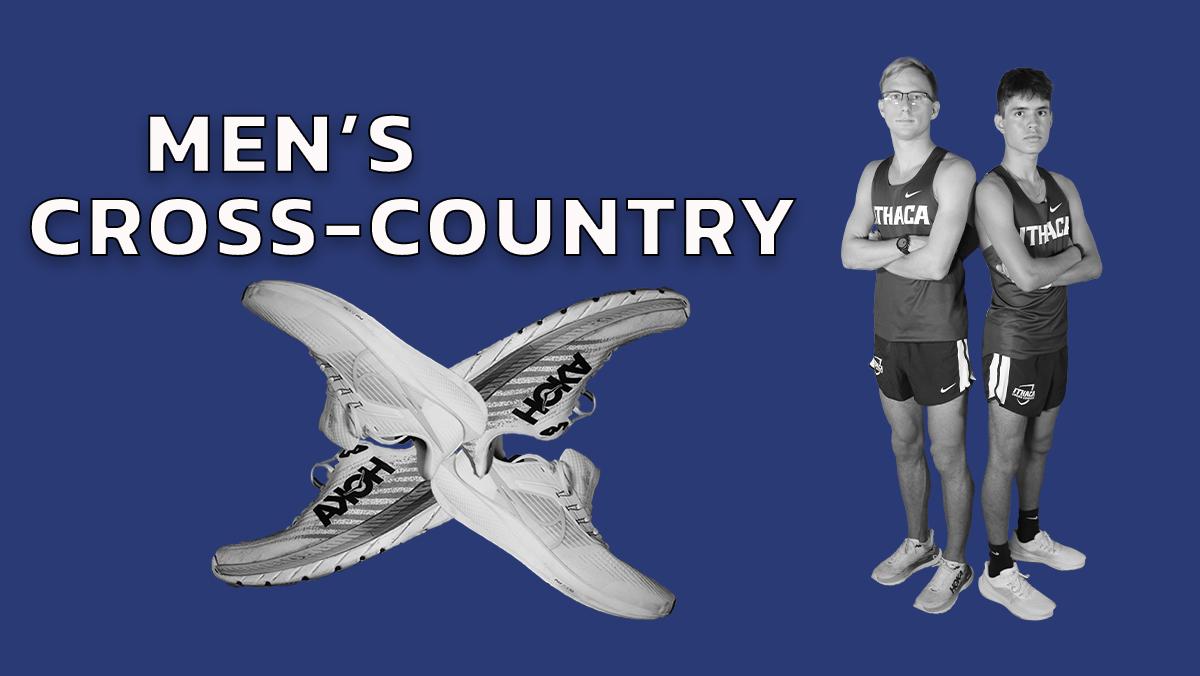 With the summer ending and new school year approaching, the Ithaca College men’s cross-country team makes its return to the field with big ambitions for the season.

Last season, the Bombers finished third at the 2021 Liberty League Championships with a score of 82, sitting behind second place Vassar College in Poughkeepsie, New York, and first place Rennselaer Polytechnic Institute in Troy, New York. However, with last season now in the past, the Bombers are looking to make a huge jump for this season.

With the new season starting up at the beginning of September, senior Alex Whatley said he has high expectations for the season, including running a personal best.

Sophomore James Hughes said the cross-country team has been training all summer, leading up to the start of the season.

To help prepare the Bombers for the upcoming season, Hughes said head coach Jim Nichols has been staying in touch with his athletes and helping his runners stay in shape over the summer.

“Coach Nichols has done a great job leading this team,” Hughes said. “He’s been in contact with us, we all had a team Zoom call the other day with everyone, including the incoming freshmen, discussing what our goals are for the season. We think we have a good shot of making nationals if we’re all healthy.”

Following the team’s performance in 2021, which featured a fourth-place finish at NCAA Regionals and sending two runners to Nationals, Nichols said he is looking for his team to make big strides for this season and for the best to come out of his players.

“Our goals are to hopefully improve off what we did last year and have each and every athlete in our program run a personal best performance,” Nichols said. “Last year we had two individuals [compete at Nationals], Ben Tiber [’22] and Danny Jagoe, with Danny being back this year as a senior. Hopefully he’ll be heading back and hopefully we can take our team back.”

Although every meet is important, Nichols said he knows which ones are the most important for the team to perform during.

Because he is a senior, Whatley said he has used the knowledge that it is his final season as extra motivation to work harder to end his collegiate career on a high note.

“I had to pick around some responsibilities this year, which is also pretty fun,” Whately said. “But I’d say with it potentially being my last cross-country season ever is definitely a feeling of working extra hard because I know if it is the last time walking on a cross-country course, I want to make it my best and I want to have a great season.”

Whatley also said he thinks this season will be different from his other seasons because of how many young runners are on the team.

“This year we are bringing back a lot of the top seven, I think that five of the top seven are coming back but we’re still pretty young,” Whatley said. “So this year we’re really going to make sure the freshmen learn and that everyone is … staying healthy and keeping on top of stuff and staying fit.”

Although the men’s cross-country team will still be senior-oriented, Nichols said there are some notable incoming freshmen players to look out for this upcoming season.

“Our top two freshmen in cross-country are going to be Connor Goodwin out of Plattsburgh, New York, and Adam Mocho out of Middleburg Heights, Ohio,” Nichols said. “Those are two guys that hopefully had a good summer training that might have a shot to be in our top seven, hopefully we’ll be in our top 10. We’ll take 14 to the Liberty League, so hopefully they’ll be part of that Liberty League championship team to compete for the championship.”

The first event for the men’s cross-country team will take place at 11 a.m. Sept. 3, as the Bombers will be hosting the Jannette Bonrouhi-Zakiam Memorial Alumni Run.