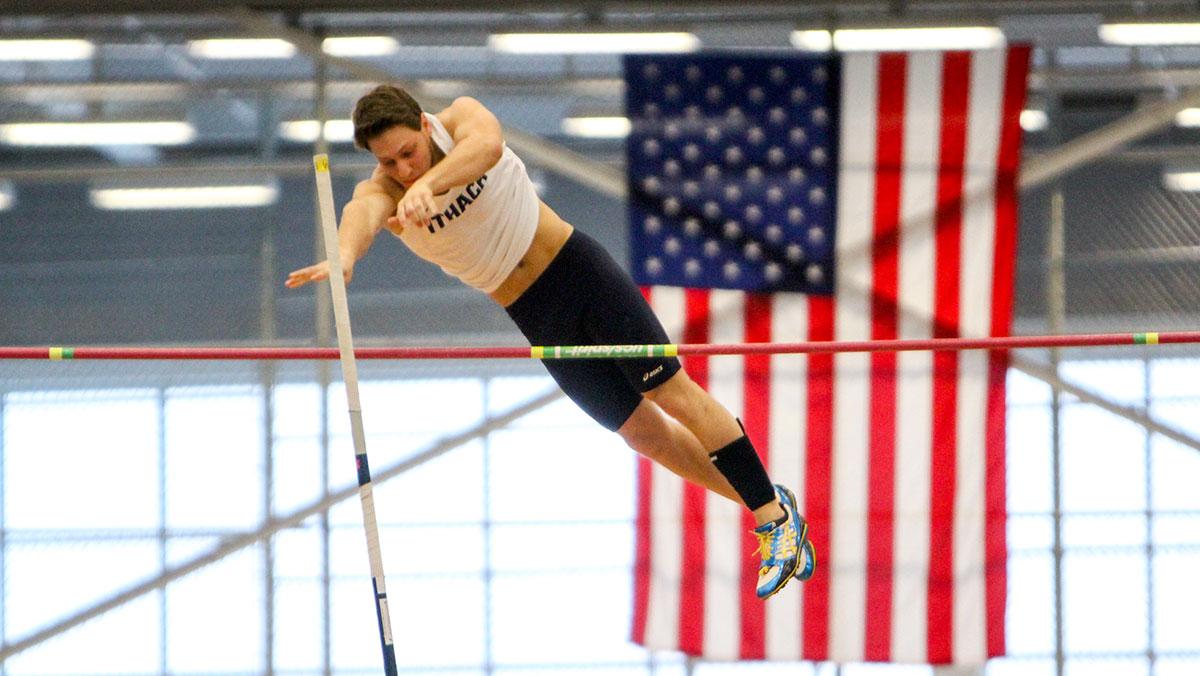 The team has been working hard throughout the offseason in order to start off strong, senior high jumper Andrew Brandt said. During the summer, the Bombers were given a lift plan by lifting coach Cait Finn. Brandt said the newly implemented lifting plan has been very beneficial to his performance.

“Last year was our first year with a lifting program set up for us, and I got first place at States and received honors at the Eastern College Athletic Conference Championship meet,” Brandt said. “I think that I’m a lot stronger, and I feel a lot better this year because of the summer lifting program we were put on.”

Last indoor season, the Bombers were very strong in the sprints field. At States, the 4×200 relay team placed first. Senior sprinter Aaron Matthias ran a part of the relay, and he said he looks to carry last year’s success into this season even though the other two members have graduated.

“Last year I was lucky enough to be a part of an incredible relay team, and I look forward to seeing how we translate that to this year,” Matthias said. “It will be important to see how the underclassmen step up and fill some big shoes.”

The team lost many other seniors in addition to the ones from the relay team. This year’s squad consists of 18 freshmen in all fields of the sport.

Another aspect that the team looks to work on this season is supporting one another during their individual events, Brandt said. However, he said this is difficult due to the proximity of the events to one another as well as the timing of them.

“It’s tough to support the entire team at a meet, but we are going to try to make the rounds and see as many events as we can because I think that makes us succeed and do better,” he said.

By supporting one another the team will more effectively be able to foster teamwork and train better together, Matthias said.

“It is key that we trust each other to make the training that much easier and better in the long run,” he said.

Although the Bombers did well in sprints last season, they also relied heavily on the distance runners earning points in their events. Assistant coach Eric Sambolec said the team is looking strong yet again this season.

“We will be relying on all events for scoring points,” Sambolec said. “Last season we got a major proportion of points at championship meets from distance and mid-distance, and that was without our best cross-country runner, Sawyer Hitchcock, who was studying abroad. So getting him back will be key.”

Junior distance runner Sean Phillips will also take to the track this season in an effort to win the mile at States, after placing third last season, and qualify for ECACs for a second year in a row.

Also returning to the squad is strong middle-distance runner senior Larkin Bohanan. Bohanan and the rest of the 4×800 team were runners-up at the state meet last winter.

Aside from the team’s overarching goals to win back the Empire 8 title and win the state meet, both Brandt and Matthias said they want to make it to Nationals for their senior seasons. This season the Bombers will host the New York State meet Feb. 27 and 28, 2016, at the Glazer Arena in the Athletics and Events Center, giving the team home-field advantage.

“Our team is getting hungrier every day we get closer to competition because we know once we get into it, it’s time to eat,” Matthias said.

The Bombers will approach the starting line for the first time this season Dec. 5 at Cornell University for the Greg Page Relays.