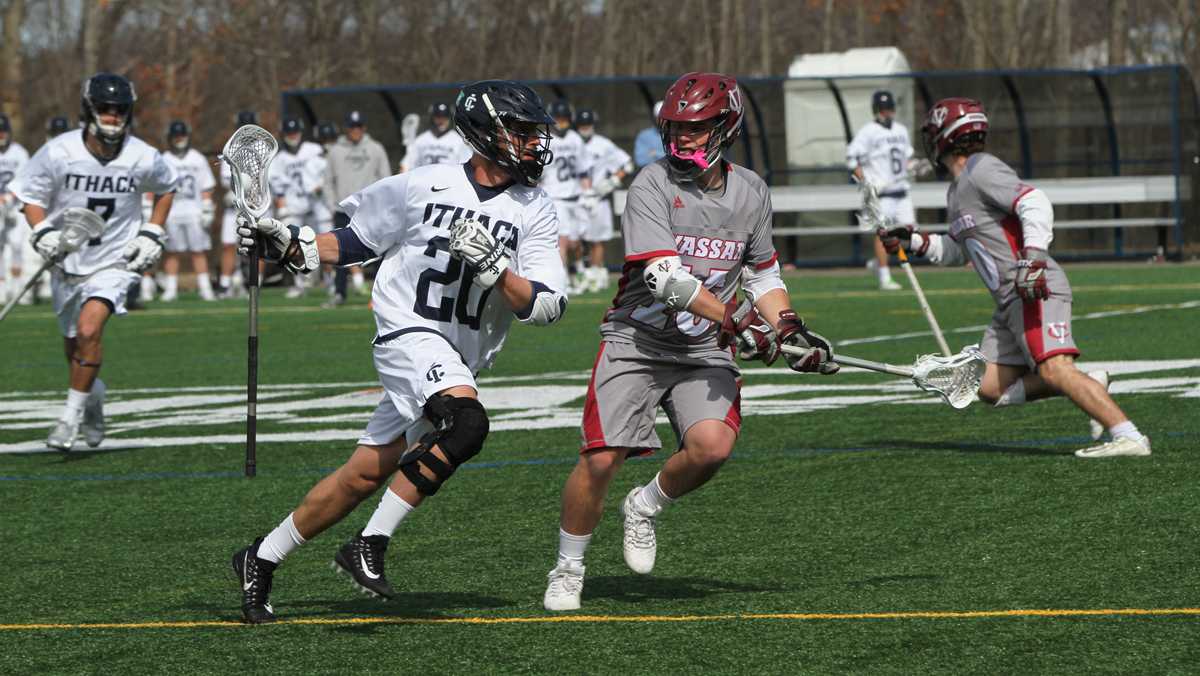 The No. 19 Ithaca College men’s lacrosse team defeated No. 17 St. Lawrence University 8–5 March 28. With this win, the South Hill squad is 7–1 on the season and 2–1 in the Liberty League Conference.

The Bombers stayed true to character with a hot start to the game. Senior midfielder Stephen Morrell scored the opening goal of the match at the 9:28 mark of the first quarter. After that, the Blue and Gold continued its strong play by adding two more goals in the first frame of play.

St. Lawrence failed to score in the first quarter, but came out of the gates flying in the second quarter as the Saints scored two early goals, making the score 3–2 with 11:28 left. The Bombers answered back with two goals of their own, making the score 5–2 heading into halftime.


The South Hill squad continued the second half by scoring two more goals. Sophomore attacker Ryan Ozsvath completed a hat trick in the third quarter, scoring his 22nd goal of the season which currently leads the team.

St. Lawrence attempted to make a comeback in the fourth quarter by scoring two goals, bringing the score to 7–5. Senior attack Jake Cotton answered back with a game clinching goal making the final score 8–5.

The college returns to action at 1 p.m. March 31 as it hosts a Liberty League matchup with Vassar College at Higgins Stadium.