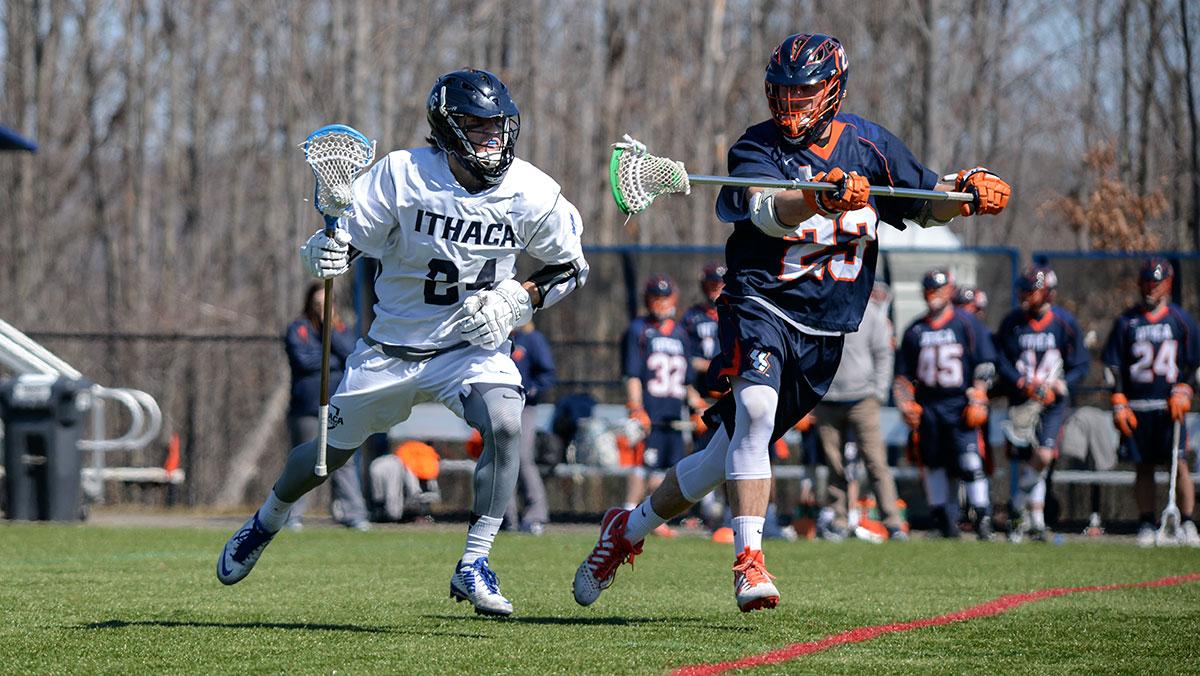 The Ithaca College men’s lacrosse team improved its record to 6–1 on the season after taking care of the Utica Pioneers at home, winning 18–4.

The Blue and Gold had 10 different players score throughout the game as their offense exploded for the second straight game.

The Bombers dominated the first half, allowing Utica to score only one goal and took a 10–1 lead into the break.

The Bombers picked up the second half right where they left off and continued the offensive firepower throughout the third, recording seven goals.

Freshman midfielder Josh Della Puca got the South Hill squad going early in the third with Fitzpatrick and freshman attackman Will Witter following up with goals fewer than three minutes later.

Cotton racked up two more assists in the quarter, finding senior midfielder Michael Walker and Fitzpatrick for the Bombers’ 14th and 16th goals of the game. The defense took after the offense and held Utica scoreless in the third.

The fourth quarter saw the South Hill squad pull back its offensive might and look to control the game while also getting other players involved. Utica used the opportunity to its advantage, snagging three goals, but it was mere consolation when compared to Ithaca’s dominating performance.

Senior goalkeeper Scott Sidnam registered 11 saves for the Bombers in only three quarters of action.

The Bombers will host SUNY Cortland in their next game at 7 p.m. March 30 in Higgins Stadium.