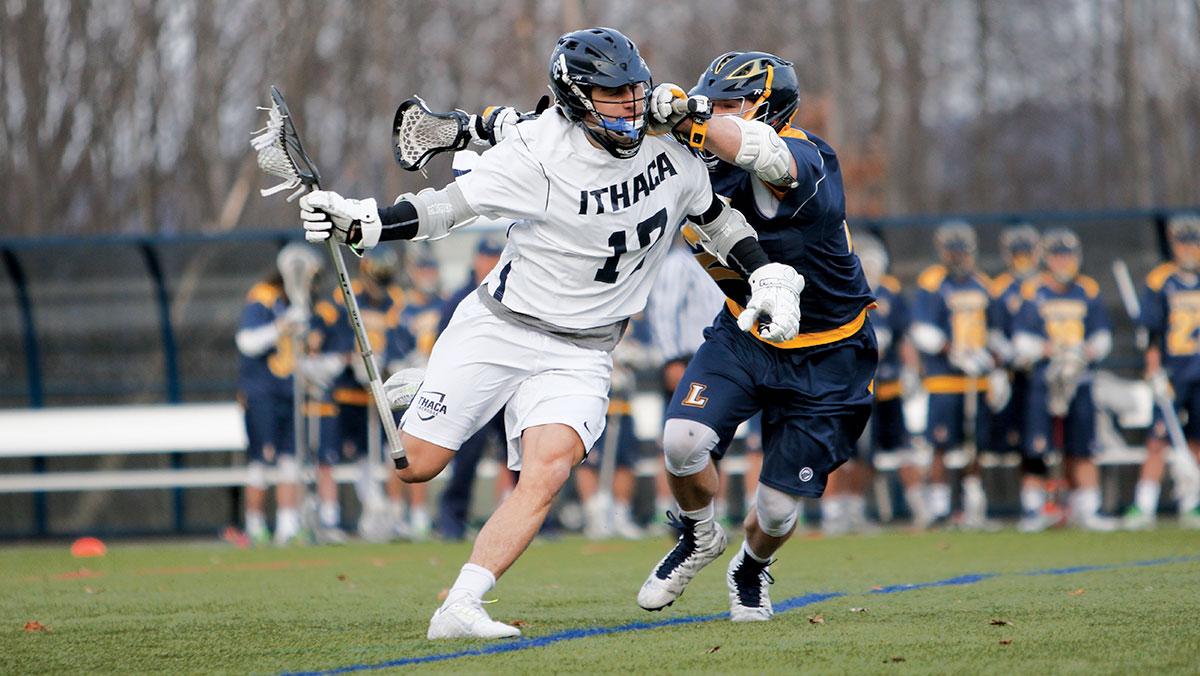 The No. 18–ranked Ithaca College men’s lacrosse team won its second consecutive blowout with a 20–1 win over Lycoming College in its home opener March 1. This was the Bombers’ 10th win against Lycoming in 12 years and their third straight win against the Warriors by more than 10 goals.

Unlike their previous blowout against Marywood University Feb. 27, which started slowly, the Blue and Gold hit the ground running with 11 goals in the first quarter.

The South Hill squad scored nine goals the remainder of the game including two more from Witter, the game’s leading scorer, and two from freshman attack Connor Hulme, which were his first two goals of his collegiate career.

Junior captain John Januszkiewicz, who netted a team-high seven goals in the season opener against Marywood, put up both of his two goals this game in the first half. Cotton and Shumway each picked up another assist in the second quarter to elevate their assist totals to four, which were the most on the team.

Due to the vast scoring disparity, three of the four goalkeepers on the Bombers’ roster saw the field in this game. Senior captain Scott Sidnam started the game but was pulled before the end of the first half for junior Jack Deragon, who played the remaining two minutes and two seconds of the second quarter and the entire third quarter. Deragon was replaced in the fourth quarter by junior Justin Isaacs.

The Warriors netted their lone goal in the second quarter when junior midfielder Peter Pluta sent one past Deragon off of an assist from freshman attack Tim Breau.

Lycoming starting goalkeeper Michael Tenant only played 15 minutes of this game because he was taken out after allowing 11 goals in the first quarter. He was replaced with freshman Joshua Tscheulin.

The Bombers’ offensive attack suffocated the Warriors’ defense on the day. The Blue and Gold took 51 shots in comparison to Lycoming’s 14 and four times as many shots on goal as Lycoming, 32–8.

The Bombers hit the field at 1 p.m. March 5 when they travel to Troy, New York, to face Rensselaer Polytechnic Institute at Renwyck Field.