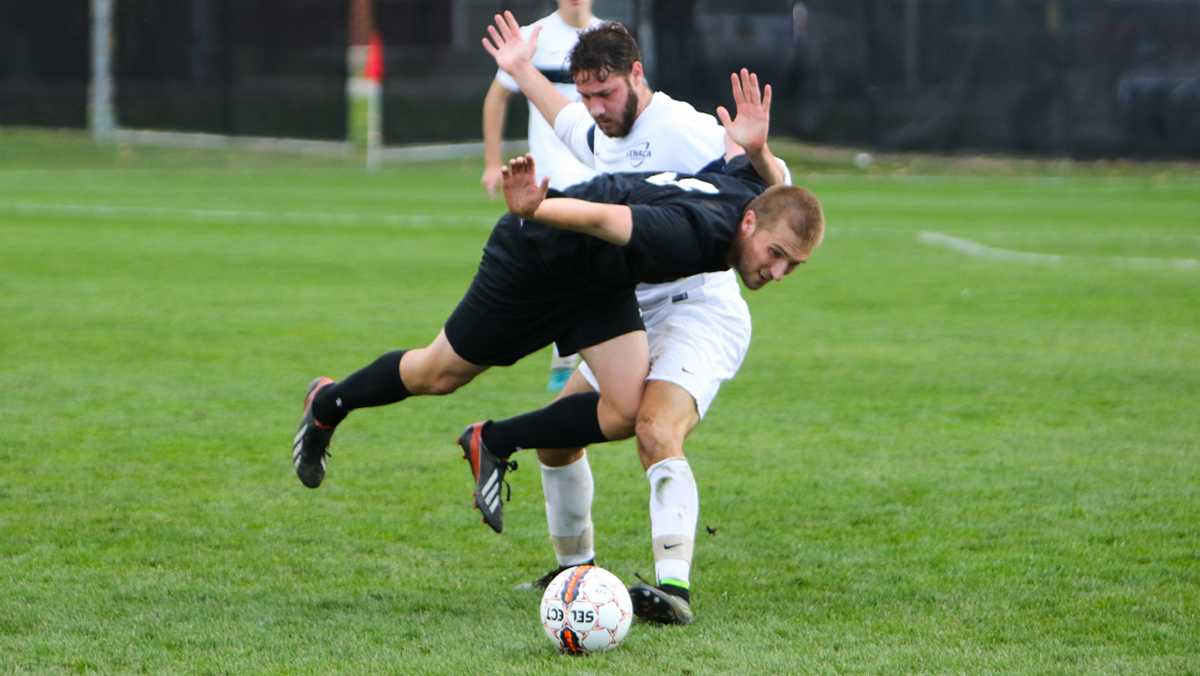 In a rematch of the 2014 Empire 8 Championship, the men’s soccer team took on its rival Stevens Institute of Technology on Nov. 7, falling to the Ducks for the second year in a row 1–0.

The mood on the field was intense from the start, with neither team allowing any player to gain any ground. 10 minutes into the game, Stevens had a great scoring chance as the Ducks’ Jay Mikula took a shot left of the box that junior goalkeeper Zach Jacobsen made a big save on, deflecting it off his hand to keep the game scoreless.

Stevens’ Carson Pryor scored on a nice read from his teammate Tommy Dorsay. Setting up the one-on-one with the goalie, Pryor was left all alone with Jacobsen and taped in the easy goal putting Stevens up 1–0.

Jacobsen said the team was upset, but he said they played a great team, and they are not ashamed of the season they had.

“You don’t feel good after a game like that,” he said. “We played a good game, and it was a hell of a season. [We] just got unlucky, and one little bounce changes the whole game.”

The Bombers were not able to manage many scoring opportunities in the first half. The only serious chance in the first half was when senior midfielder Brandon Thompson took a soaring shot that sailed into the parking lot. By the end of the first half, Stevens lead 12–6 in shots.

However, the Bombers were not going down without a fight, as they came back in the second half and got two big scoring chances. The first one was a header by junior forward Sean Forward that was gobbled up by Stevens’ goalkeeper Mike Renna. The second opportunity was a quick shot by junior forward Sam Boylan that Renna made a save on.

Boylan said the fight of the team was shown during the contest despite all of the missed opportunities.

“It was a competitive game,” Boylan said. “Last year when we played them, we got dominated and it shows a lot that we can go full circle and fight like we did.”

With about 25 minutes to go in the game, Forward had another great opportunity off a rebound that he just missed. Seconds later, Stevens took the ball down the field and was awarded a corner kick, which senior back Joey Filipowich was able to save before going into the net.

From that moment on, the Bombers went on the attack. Outshooting Stevens 11–7 in the second half, the Bombers continued to persistently pound the net with consistent headers and shots from all angles, but the Stevens defense would not budge.

As the final seconds wound down, the Bombers were able to get one more quality scoring chance that Forward hit off the crossbar, but none of the Bombers could put the ball away on the ensuing rebound. With no time left, the final buzzer sounded, and the Ducks won the 2015 Empire 8 Championships for the second consecutive season against the Bombers. The Ducks will now move on to the NCAA regional finals.