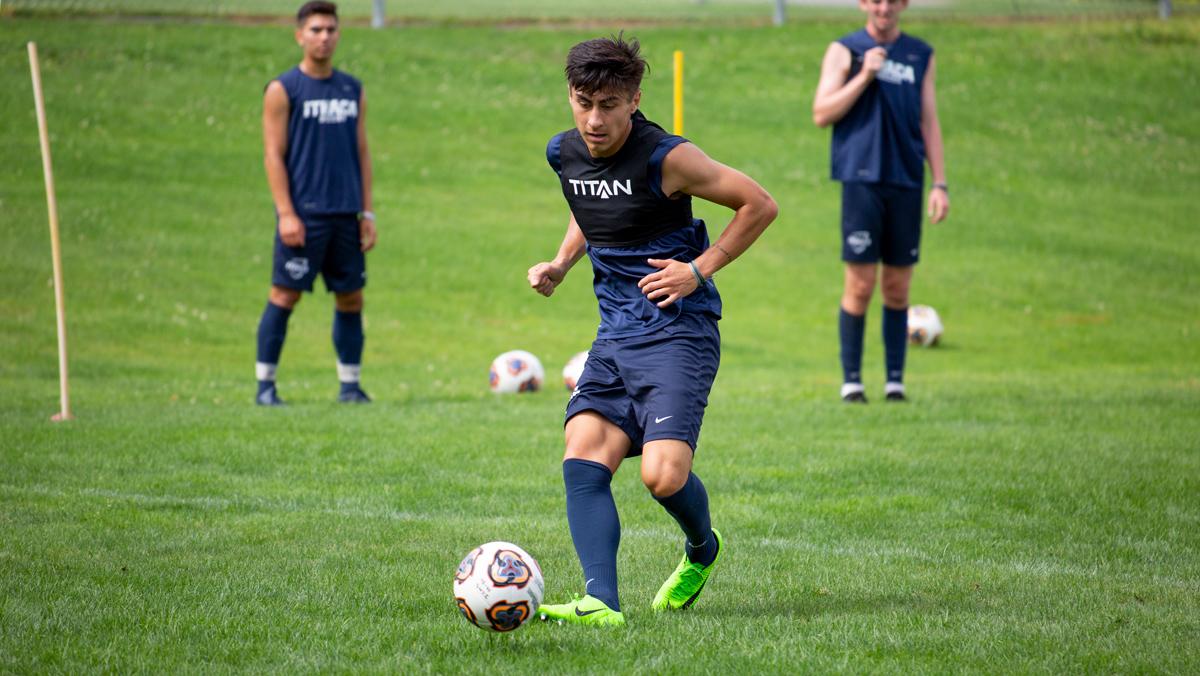 Jill Ruthauser/The Ithacan
Senior defender Justinian Michaels will be one of several significant returners for the men's soccer team this season. The team expects that its strong upperclassman leadership will be crucial this season.
By Willy Wright — Staff Writer
Published: August 29, 2019

After a disappointing ending last season, the Ithaca College men’s soccer team is hungry for redemption.

In 2018, the South Hill squad suffered a heartbreaking loss in penalty kicks at the Liberty League Championship final to St. Lawrence University. The Bombers hoped to receive an at-large bid to the NCAA Division III Tournament, but they were not selected.

Despite a disappointing conclusion, the team had one of its strongest seasons in years. It was undefeated against out of conference opponents in the regular season and posted a record of 14–2–4.

Junior striker Jonathan Kyriakidis said the team is focused on controlling its destiny going into the postseason this year. 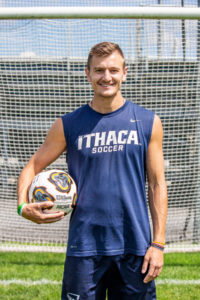 “We were all sitting in the same room together and not seeing our name come up on the board; it was really heartbreaking because that was the official ending of our season,” Kyriakidis said. “I know from that point on, Coach Dezotell got us together and told us, ‘Remember this feeling, and use this, because we’ll be here next year.’”

Kyriakidis will be a key returner for the Blue and Gold. He led the team offensively in 2018 with five goals and 13 points, and he received All-Liberty League Second Team accolades.

Senior defender Justinian Michaels said the team’s unity will be vital to its success this season.

The captains for the Bombers feature a trio of seniors in striker Max Barish, goalkeeper Max Lichtenstein and striker Kevin Turi. In 2018, Lichtenstein was named a second team All-American, while Barish and Turi were key on offense. Kyriakidis said strong leadership from these captains will shape the squad. 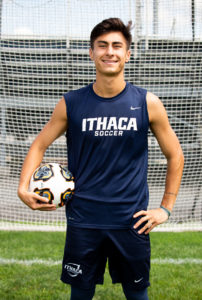 Senior defender Justinian Michaels said unity will be key to the squad’s success.

“Those guys knock it out of the ballpark,” Kyriakidis said. “They really get what the program is about and all the values that the coaches talk about, and they come in with the mindset that we’re here to win and get better.”

Head coach Kyle Dezotell is returning for his third year at the helm of the program. He said this season’s team has the potential to be the most successful group he has ever coached. Dezotell said that a crucial change this offseason was adding better competition to its schedule.

Along with New York University and Messiah College, three other teams were added to the Bombers schedule compared to the past season’s schedule, including Morrisville State College, United States Merchant Marine Academy and Nazareth College.

The sophomore class will be a major factor for the Blue and Gold. Many of the rising sophomores contributed as freshmen, including midfielder Alex Leahy, who played in all 20 games last year and started 18. Defender Thomas Pierce also stepped up for the Bombers in 2018, starting in 19 of 20 games, and he scored two goals. Dezotell said many sophomores will have their chances to continue to lead the Blue and Gold to success this season.

“I think a lot of the guys who will be sophomores played some important minutes for us and changed the direction of the program with their playing background and also their commitment and expectations,” Dezotell said. “We expect this class to continue to play a big role.”

The South Hill squad kicks off its season against NYU at 3:30 p.m. August 30 at Carp Wood Field.