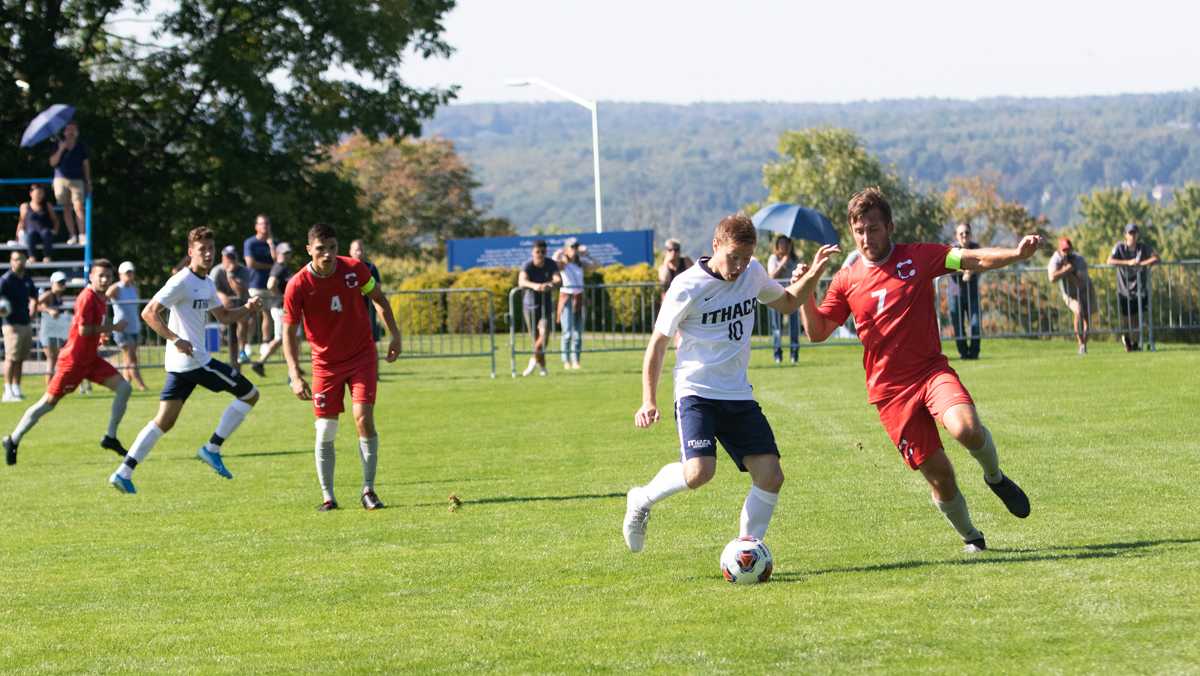 The Bombers came out with a lot of momentum and took the lead early in the game. Twenty minutes in, sophomore defender Thomas Pierce scored the first goal of the game and his second of the season. During the first half, the Bombers fired off six shots. At halftime, the score was 1–0 with the South Hill squad in the lead.

During the second half of the game, both teams stepped up the intensity. Three minutes into the second half, Cortland junior forward Cam LaVallee scored, tying the game. Less than two minutes later, the Bombers answered back with a goal of their own from sophomore midfielder Theo Scott. The South Hill squad lost some momentum toward the end of the second half, getting beat on defense and committing three fouls within five minutes. This allowed Cortland junior midfielder Jake Keller to score, tying the game 2–2.

Senior goalkeeper Max Lichtenstein had a total of 11 saves for the South Hill squad compared to the Red Dragons’ six.

At the end of regulation, the score was 2–2, causing the game to go into overtime.

During overtime, the Bombers missed several opportunities to seal the game. Senior defender Tom Dillmann, sophomore midfielder Ali Kapasi and Pierce all had chances on goal that they were unable to capitalize on. The double overtime ended in a 2–2 tie.

“Cortland’s been one of the best teams in the country for four or five years now,” Dezotell said. “As good as they are, our mindset was we’re going to try to win the game. We gave it a good battle.”

Despite a strong performance, senior defender Justinian Michaels said the team still has room to improve.

“We just gotta have those mental mistakes minimize a little bit,” Michaels said. “But overall I thought our team worked so hard for that result. Things look great for the rest of the season.”

The Bombers will try to keep their momentum going when they face Alfred University at 7 p.m. Sept. 25 in Alfred, New York.