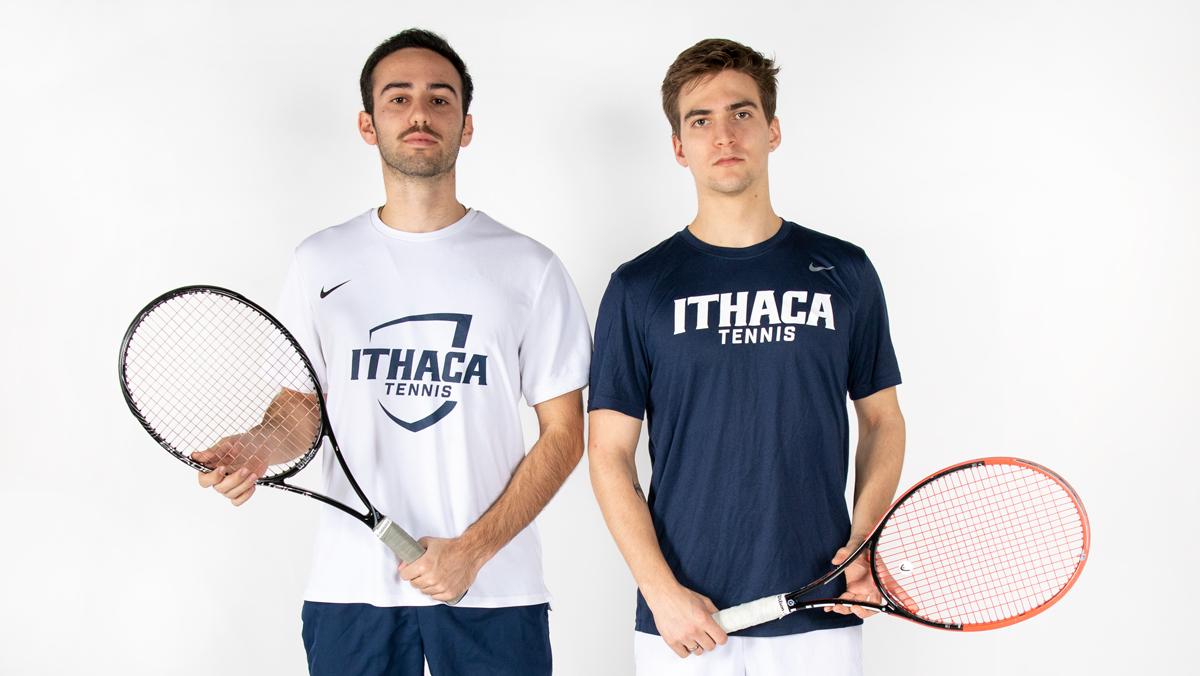 With a large leadership-driven senior class, the Ithaca College men’s tennis team hopes to improve an in–conference record and progress its depth of strong performers.

The Bombers graduated five seniors after the 2018–19 season but returns with seven this year on the 12-man roster. The seniors include Jared Fields, Sam Fried, Colten Lavery, Ethan Longenecker, Max Prestwich, Liam Spiegel and Minos Stavrakas.

Stavrakas, who will serve as a co-captain alongside Spiegel and Lavery, earned First Team All-Liberty League Singles recognition as both a sophomore and junior. He held a 15–11 singles record last year. Stavrakas said the closely knit senior group has grown together throughout the years.

Head coach Bill Austin said that the seniors have led the team so far throughout the good and the bad.

“There’s a lot of senior leadership there,” Austin said. “They’ve done a very good job of keeping everyone on track and moving forward, holding people accountable and responsible. You can never discount senior leadership.”

Junior George Lomas is the only member of his class on the team. Last season, he had a singles record of 6–0 and a doubles record of 2–2 for the Bombers. Lomas said an important piece of their upcoming preparation is going to be running conditioning.

“Our strokes are there, and our playing is there,” Lomas said. “It’s really just our fitness at the moment, just getting our stamina back, getting our mental stamina back. That’s what tennis is all about, and, if that’s not there, you can’t really play the game.”

Stavrakas said he is currently playing through a knee injury but knows the team will be in good hands if he has to sit out at any time. The Bombers have three freshmen on the team: Tyler Purdy, Max Sobel and Wyman Ward. Lomas said the freshmen have been impressive so far.

“Our freshmen this year have been playing really well lately, which is good,” Lomas said. “We’re going to need them next year. The seniors have really been pushing them and pushing me. It’s going to be really interesting to see what the freshmen do after the season of playing. That’s the time to improve, and they have been. I think they are going to look like new players in the next few months.”

Austin said that with such competitive teams in the Liberty League, every one of the Bombers’ conference games will be marked down and highlighted on their calendar.

Skidmore College is the defending league champion, and it took down the Bombers last season 5–1 in the Liberty League championship semifinals. The South Hill squad looks to improve on its 4–4 conference record from last year.

Austin said part of its offseason preparation included more time in the weight room and with conditioning.

The Bombers open up their season at 2 p.m. Feb. 22 at the University of Rochester. A week later, the South Hill squad hosts the Rochester Institute of Technology in its first Liberty League match.